L. Ron Hubbard did meticulous research for his stories, and as he traveled the world, he often lived the adventures he wrote about. He included little-known facts—slim and forgotten—adding authenticity to his realistic fiction.

This historical fact is inspired by Inky Odds, a war story which takes you to the battle lines while the Japanese invaded China in the Second Sino-Japanese War (China-Japanese War of 1937–45).

The currency used in Inky Odds was the “Mex”—Mexican silver coins in use during this period. 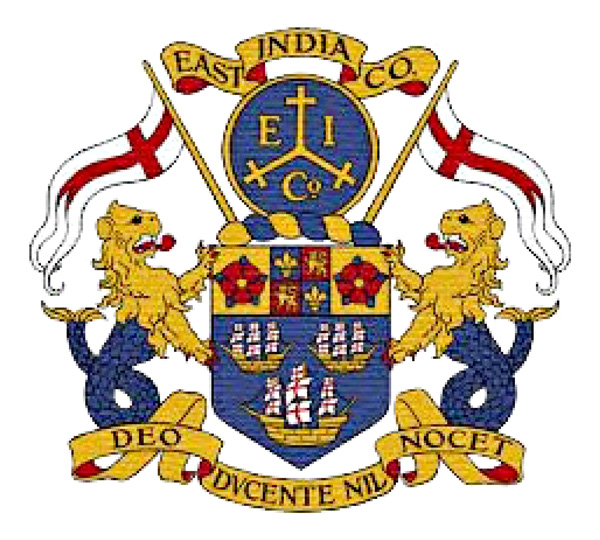 In 1757, the British East India Company dominated the trade between China and Europe.

China had a lot to export (porcelain, brocades, sugar, ginger, silk, tea, and furs), but there wasn’t much to import from Europe.

To balance the scales, Chinese merchants started to accept the Spanish silver dollar and the Mexican peso in exchange for their goods.

The Spanish silver dollar and Mexican peso became so common in China, they began to use them as their currency.

They called these silver coins “Mex.” 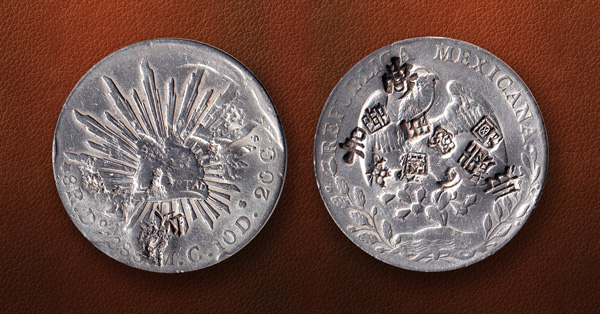 These coins were often stamped with Chinese characters known as “chop marks” which indicated that the coin had been assayed by a well-known Chinese merchant and determined to be genuine.

The Spanish silver dollar and the Mexican peso were so widely used in Europe, the Americas, and the Far East, they became the first world currency by the late 18th century and the main currency of China. 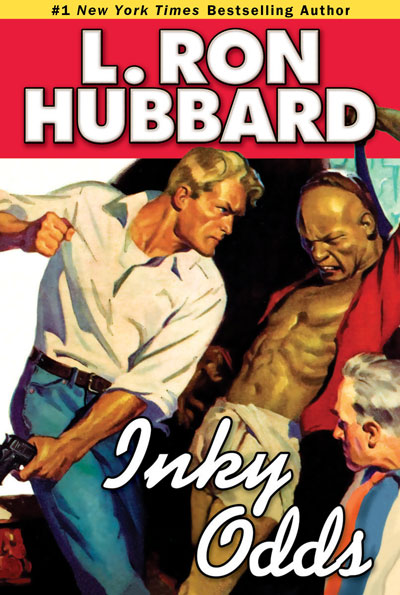 Bat Conroy—cut him and he’d bleed ink—is a born newspaperman.

The greatest American journalists of the 20th century all made their names as war correspondents, but none of them would have beat out Bat Conroy to a good story because he was willing to risk it all.

Which makes it that much more mystifying—and aggravating—when an unknown writer, filing under the byline Perry Lane, scoops Bat on every story that comes along.

Bat’s always been the go-to reporter covering the Japanese invasion of China … until this Perry Lane person came along to steal his thunder and maybe even his job.

Now, the biggest story of the war is about to hit the fan, and Bat’s going to get to the source first if it kills him.

But the most shocking news of all is the true identity of the elusive Perry Lane. 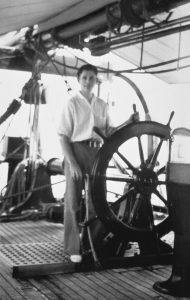 In June 1927, L. Ron Hubbard embarked on a voyage to Guam via Hawaii, Japan, China, Hong Kong, and the Philippines. The following year, he traveled to Guam again aboard the USS Henderson. While in the Orient, he journeyed inland to China’s western hills, back to Japan, down to the Philippines, and south to Java, meeting people from varied cultures and backgrounds.

In 1928, while in Manchuria, he befriended Major Ian MacBean who headed up the British intelligence for northern China. Ron gained a unique insight into the intelligence operations and spy-craft in the region and the hostile political climate between China and Japan. This knowledge informed stories like Inky Odds—stories inspired from true events and real history.

The journals he kept, the adventures he led, and the many books he studied were the heart of his research.

“I want one slim, forgotten fact. From there a man can go anywhere and the story is very likely to prove unusual.” —L. Ron Hubbard, Search for Research

As the editor of Thrilling Adventures told his readers:

“I guess L. Ron Hubbard needs no introduction. From the letters you send in, his yarns are about the most popular we have published. Several of you have wondered, too, how he gets the splendid color which always characterizes his stories of the faraway places.

If you are not familiar with L. Ron Hubbard’s historical fiction books, you can read the page-turner On Blazing Wings as our gift to you (free eBook download).

“I’m really having a lot of fun exploring in the Orient with L. Ron Hubbard. One of the genres he wrote in was ‘Adventures in the Orient.’ With some great humor and adventure, this story will amaze you with the depth of information. In fact, with all the detail Mr. Hubbard throws into his stories, you know he had to have lived some aspect of the stories, and that’s what makes them so fun to hear as an audiobook or read the printed page—the detail and depth.” —Gil Wilson

“This exciting style of production can really bring an audiobook to life and makes you feel like you’re right there in the middle of the action. L. Ron Hubbard does adventure stories as well as anyone I have read.” —Audiobook Heaven

“Action, violence, and derring-do that made pulp fiction the escapist entertainment of its day.” —Publishers Weekly

“A true ‘theatre of the mind’ experience.” —Midwest Book Review

This is not just a “book on tape,” but a cinematic high-definition audio experience. This action-adventure story is brought to life by Hollywood actors.

New to L. Ron Hubbard’s Fiction? Here is where to start.

Sky Killer, The Falcon Killer, The Devil—With Wings, The Red Dragon, Red Death Over China, The Green God, Loot of the Shanung, Trail of Red Diamonds, and Golden Hell

Other war stories and military fiction

How to Celebrate St. Patrick’s Day at Home with Evergreen Audio Classics &...
Scroll to top