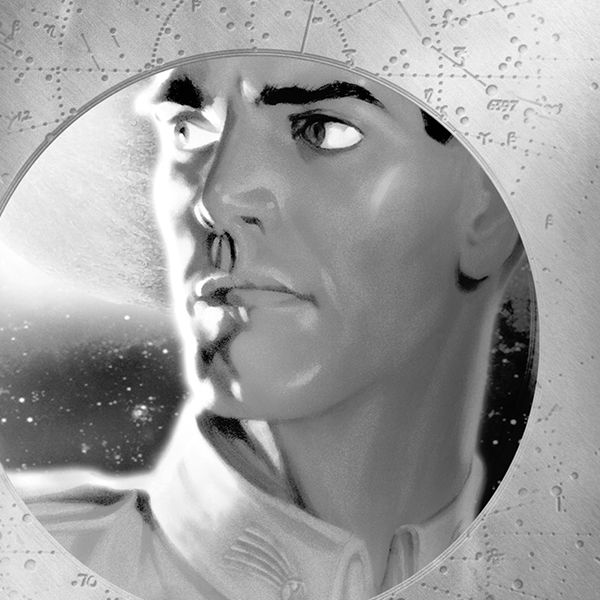 “Space is deep, Man is small and Time is his relentless enemy.”

That single opening sentence expresses the theme of To the Stars and suggests the implications of one of the most perplexing concepts of modern physics—time-dilation theory. For those who journey between the stars at or near the speed of light, time slows down relative to time as experienced by those who remain behind. Days or weeks spent traveling in space equate to many years back on Earth.

It was a theory that L. Ron Hubbard first encountered in the early 1930s when he attended the George Washington University School of Engineering and took one of the original courses in atomic physics. The professor holding the chair of mathematics had a reputation for being one of the few men in the world who understood Einstein’s theory of relativity, the crux of time dilation. When Ron tried to interview him for the college paper, he was turned away with a contemptuous sneer. The article appeared, nonetheless, and in it Ron explained Einstein’s theory in such a way that everybody could understand it, much to the professor’s amazement. 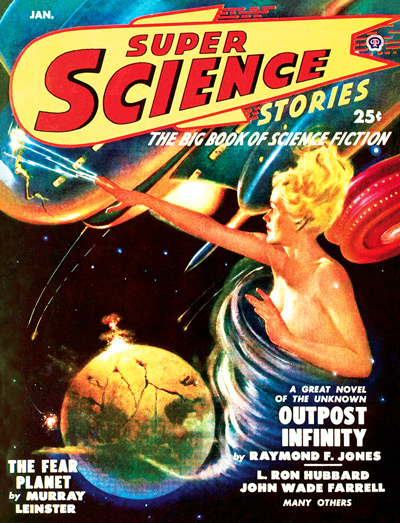 Beyond All Weapons original publication, Jan 1950

Years later, Ron wrote “Beyond All Weapons” for the January 1950 issue of Super Science Stories. It is considered by critics to be a pioneer work of science fiction for its literary examination of the consequences of ignoring the phenomena of time dilation. The influx of letters to the magazine’s editor demonstrated the story’s immediate impact.

Ron, meanwhile, had already gone much further in his exploration of this theme. Fans first got wind of that fact when Astounding Science Fiction editor John W. Campbell, Jr. announced that “We have a new, remarkably powerful novel by L. Ron Hubbard coming up, starting in February—To the Stars.”

Campbell’s description of the story helped whet the literary appetites of his readers. “It’s a two-parter,” he wrote, “and a beautiful development of the theme based on the time-rate differential of ships traveling near the speed of light. Of a man shanghaied aboard a ship half a millennium old, for a trip that leads not only to the stars, but across millennia of time. In Space, the ships can move out and back, but it’s a one-way road in Time, when you make The Long Trip, and the crews of the ships are strange gatherings of men from across the ages!”

William J. Widder, author of Master Storyteller: An Illustrated Tour of the Fiction of L. Ron Hubbard, remembers the fascination that the February issue of Astounding Science Fiction engendered among readers. “The space-time barrier was something we had read or heard about in connection with Albert Einstein. We knew it was important but relating it to our daily lives, even in the dawning years of the Atomic Age, proved a formidable prospect. But when I started reading To the Stars I suddenly knew that I was being given a powerful, yet stirringly intimate, insight into the nature of time and space and the dynamics of the cosmos. I never thought the same way about the Galaxy and the universe again. From then on, I knew with certainty, just as Alan Corday and the crew of the starship Hound of Heaven discovered, that mankind’s destiny could not help but lead us to the stars.”

“To the Stars by L. Ron Hubbard is one of the greatest science fiction novels that has ever been written.”

“This SF novel is one of his finest works.… Hubbard brilliantly evokes the vastness of space and the tragedy of those who would conquer it.”

“To the Stars is rollicking fun, deeply moving, and jam-packed with rigorously extrapolated hard-SF ideas. A true gem.”

The audio adaptation was performed by a full cast including Jim Meskimen, R.F. Daley, and Bob Caso. Original music and a complete soundtrack accompany the 3½ hour performance.

“Hubbard was one of the country’s most prolific science fiction writers, and this book is one of his best.” 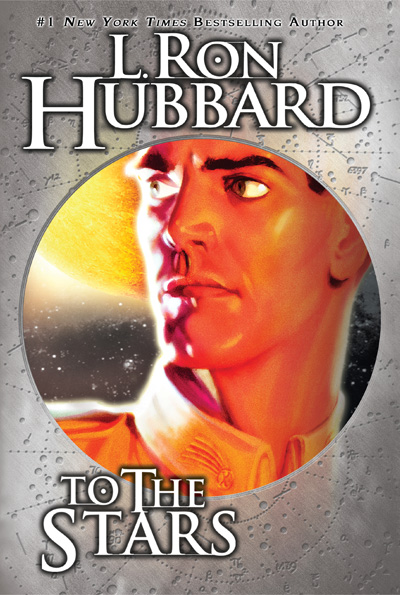 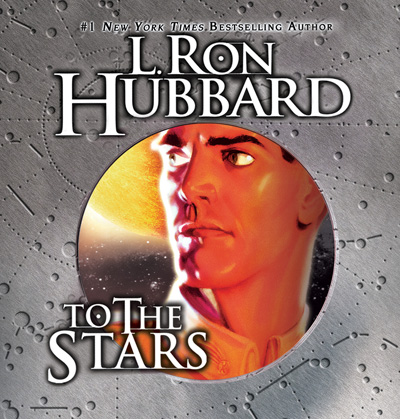