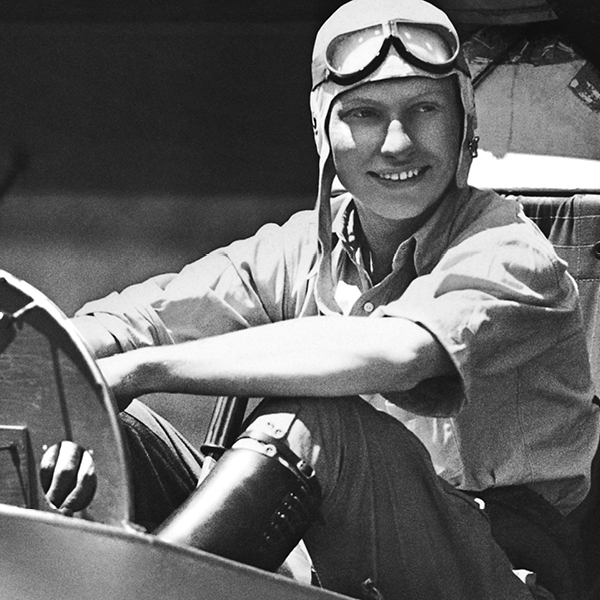 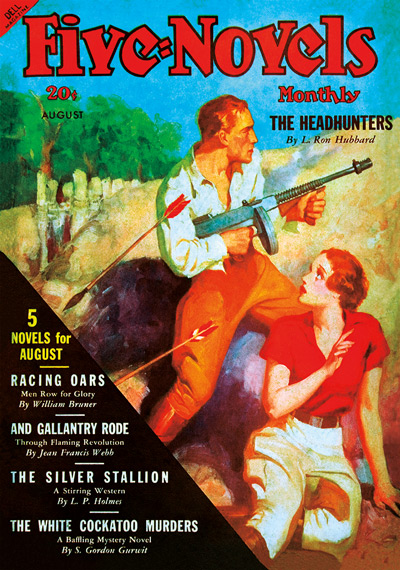 Of the over two hundred and fifty novels, novellas and short stories L. Ron Hubbard published in his extraordinary career, nearly a hundred were action-adventure stories. In them are reflections of the author’s travels and discoveries, passed through the prism of what the Portland Journal called “an inexhaustible imagination.”

By the age of nineteen, Ron had logged more than a quarter million miles and had seen more of the world than most people would ever hear about. He had visited such faraway and exotic lands as China, Japan, the Philippines, Guam, and Hawaii. He had sailed throughout the Caribbean Islands, first while leading the Caribbean Motion Picture Expedition, and then while at the helm of the West Indies Mineralogical Expedition in Puerto Rico. He had also traversed the American continent several times, by means of Model-T, steam train and Arrow Sport biplane.

Ron’s intriguing and expansive journeys led him to be offered a full membership in the famed Explorers Club while still in his twenties, a notable accomplishment indeed. The token of achievement was well earned; he had already made a name for himself in the world of adventure, where, as he put it, “Men had to be big or fall before the unknown.” 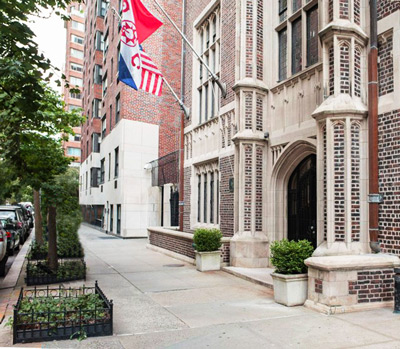 His adventures did more than garner renown. They also served as rich source material for Ron’s stories when he began writing adventure fiction in 1934.

Over the years, L. Ron Hubbard compiled thousands of diary, ledger and journal pages—essentially his personal notebook of the world—which formed a part of his meticulous research and pursuit of the “slim, forgotten fact” that would elevate a story from the mundane to the memorable. Thus, his action and adventure tales are crafted from personal experience and observation, fortified by devotion to detail, conceived with the reader in mind, and delivered with power and artistry.

“Adventure,” Ron Hubbard said, “I well know, is in the heart, not in the view.”

Regardless of setting, his adventure stories had the unmistakable ring of authenticity. Whether imperiled by a forbidding storm at sea or prey to the desert’s unforgiving expanse, whether the danger came from a jungle or the stratosphere, L. Ron Hubbard’s characters and action felt genuine. As he best described it: 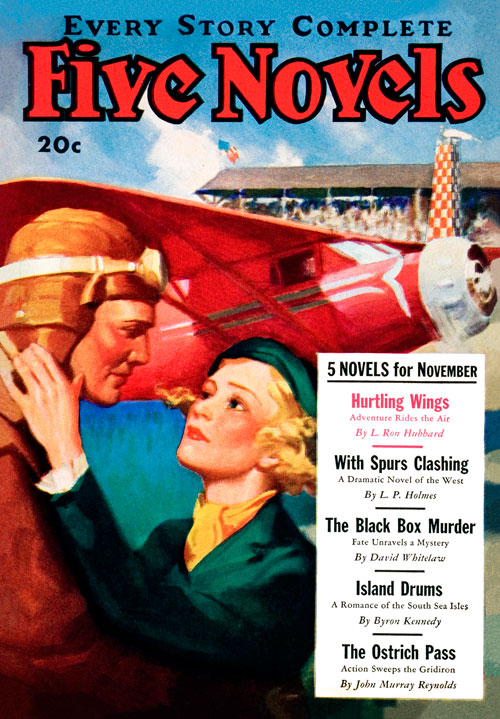 In “Hurtling Wings”—the cover story in the November 1934 issue of Five Novels Monthly—a test pilot must deal decisively, but in good conscience, with a competitor who will go to any lengths, including murder, to win the air-mail contracts they both seek. The story’s riveting action woven from L. Ron Hubbard’s own hands-on experience as a barnstorming pilot, evoked a flurry of reader reactions, few more telling than this:

“What I liked about Hubbard’s ‘Hurtling Wings’ is that it is not one of these cut and dried stories, but [is] full of action. It makes one wish he was going up in the air, riding adventure and thrills, instead of reading it.”

L. Ron Hubbard stories were a regular feature in Five Novels Monthly, with thirty-four published between 1934 and 1940. The enthusiasm for his fiction by the magazine and its editor, Florence McChesney, was unmistakable. In one issue, for example, two of the five novels were L. Ron Hubbard’s, one under his own name, and the other under a pen name. Note McChesney’s exuberance when announcing that a new L. Ron Hubbard novel, “Trouble on His Wings” that blended two of the author’s passions, flying and photography, would appear as the cover story in the January 1939 issue of Five Novels:

“This new novel of his hits the top with a bang. It’s got everything—speed, excitement, swell characters, a good strong plot, and enough thrills in flying adventure to bring a mummy back to life. It’s news-camera stuff—flying and picture-taking from the air, to the tune of flaming forests and machine-gun bullets. A five-star air adventure, with Hubbard at his best.”

There were many more aviation stories that celebrated what Ron Hubbard once described as the “terrible grandeur” of the skies, in Five Novels Monthly and other pulps, among them “Arctic Wings,” “Forbidden Gold,” and “The Sky Devil.”

As the editor of Thrilling Adventures told his readers: “I guess L. Ron Hubbard needs no introduction. From the letters you send in, his yarns are about the most popular we have published. Several of you have wondered, too, how he gets the splendid color which always characterizes his stories of the faraway places.

—complied from Master Storyteller:
An Illustrated Tour of the Fiction of L. Ron Hubbard

The full Action & Adventure Collection is available in the following formats: 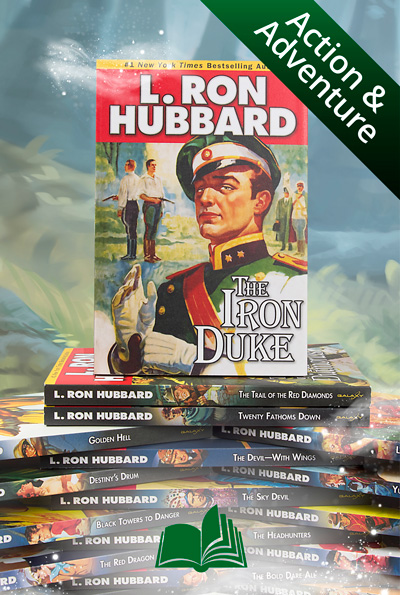 The Action & Adventure Collection includes all the titles shown below. A total of 17 titles with 24 short stories in all. 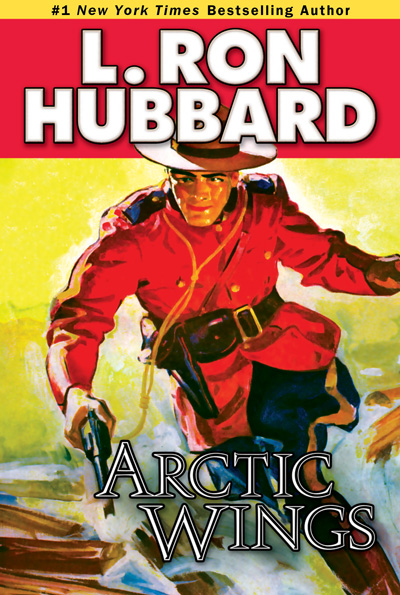 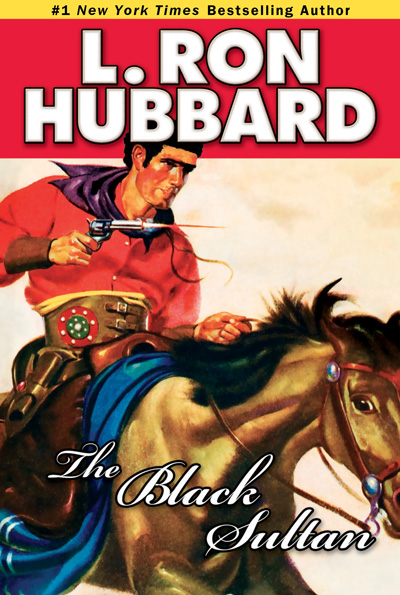 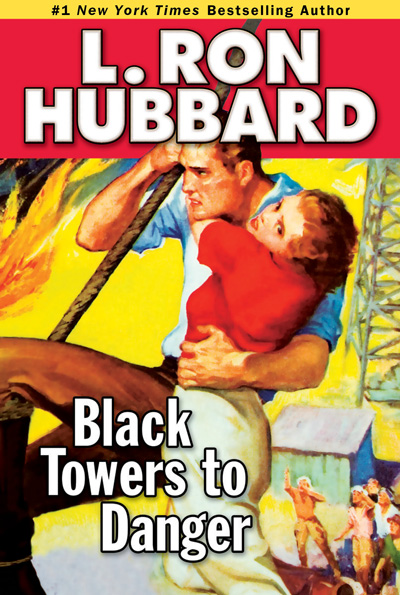 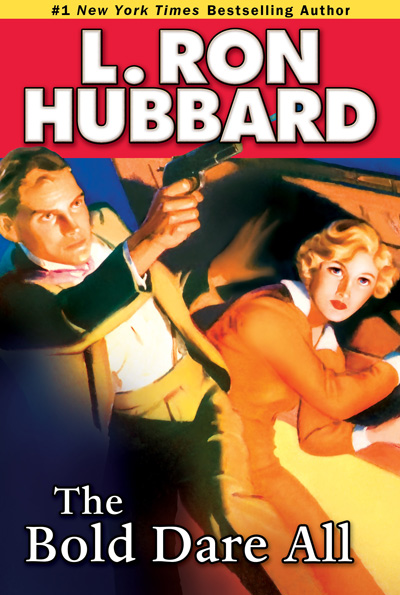 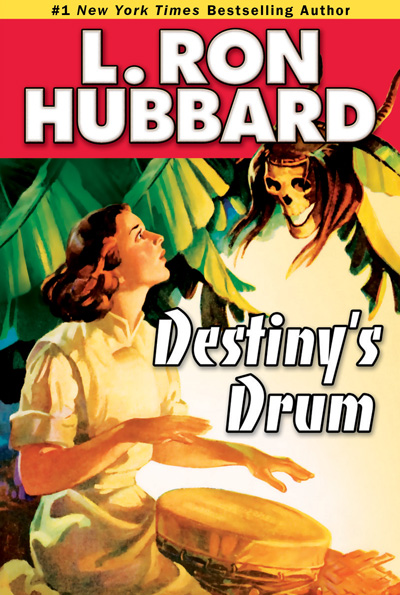