Fear
A classic tale of surreal
menace and horror 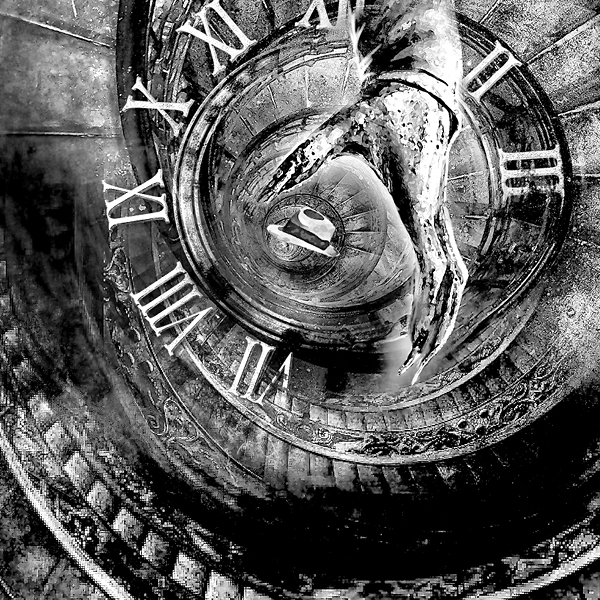 Fear
A classic tale of surreal
menace and horror

In June 1940, the unforgettable conclusion of Final Blackout hit in Astounding. Readers were gasping for breath, attempting to recover from the emotional shock of the novel. But they would not get a break. Campbell announced in Unknown magazine that in the upcoming July issue: “The present warning is to make sure none of you miss Hubbard’s story.… For Hubbard’s yarn is not one to miss. Fear has been built of nightmare stuff. It is meant to chill the readers on any hot summer night.… Be warned. Fear will set cold lizard feet a-crawl on your spine and make voices gibber in your ears! For Hubbard has, in his first line, pointed out that such things as he tells may happen to any man. And he’s quite right!”

In a letter to a friend, Ron shared some thoughts during the composition of the story. “I’ve been trying to coax up a certain tone for the story. And I think a nice, delicate style is best suited. Paint everything in sweetness and light and then begin to dampen it, not with the style, but with the events themselves.”

He described the setting in which he could build just the right feeling: “I can see a sleepy college town with spring and elms and yawning students and a man just back from an ethnological expedition, called to take over from a professor who has become ill. A man suited to quiet solitude with a certain still idealism about him, who has come back to his home and his wife and is trying anxiously to fit into the picture which he so long ago left. If told almost dispassionately the thing ought to be good.” 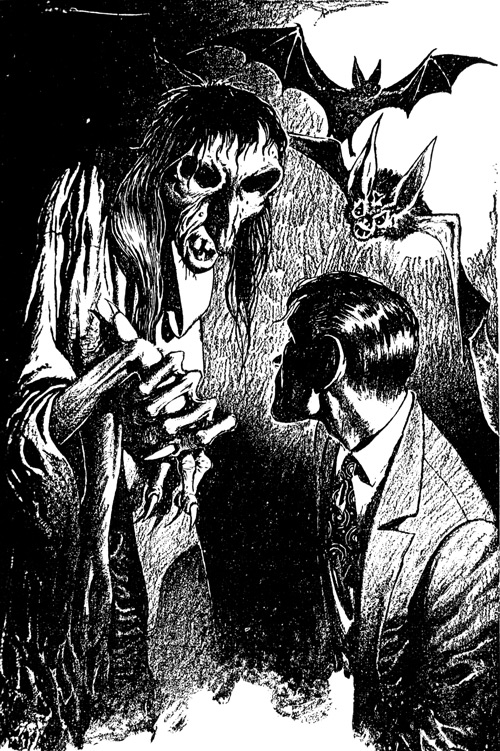 Illustration in the original publications of Fear by Edd Cartier

And based on the letters that poured in, it was clear that the story was more than “good.” Fear lived up to its title and had readers turning on all the lights in the house and locking the doors. One reader wrote “I’ve just finished the July issue. Only one statement can be made. You have acquired another steady reader. The reason—Fear. You term it a ‘psychological fantasy.’ It is more than that. It is a great story—true literature.”

The story also left a strong impression on a young Ray Bradbury when he first read it in Unknown. He would later write that the novel “deeply influenced me when I was twenty years old” and was a “landmark novel in my life.”

Likewise, Philip K. Dick, Robert Bloch (author of Psycho), Robert Silverberg, Stephen King, and other masters of the modern horror story have praised the novel. It sent the genre in a groundbreaking new direction, which it continues to follow—one in which the horror is based on everyday realism and could conceivably happen to anyone.

Philip K. Dick claimed it shaped the way he wrote: “What I am writing is really psychological fantasies, on the order of L. Ron Hubbard’s Fear, which impressed me very much, and still does. Without Fear, I would never have come up with what I do.”

Stephen King described Fear as “one of the few books in the chiller genre which actually merits employment of the overworked adjective ‘classic,’ as in ‘This is a classic tale of creeping, surreal menace and horror.’”

Why is Fear so powerful? Because it really could happen to anyone, anywhere, at any time—which is exactly why you should get to know Fear.

“Fear is one of the most compelling fantasies ever written, with all the scary logic and authority of genuine nightmare. Hubbard didn’t need werewolves and bloody axes—he could scare the daylights out of you with a hat, or a stairway, or a little boy sitting on a rock and scratching his initials in the dirt with a stick. Fear is a terribly powerful story.”

“Fear inexorably twists its way into the darkest places of the heart and mind. A classic psychological thriller from a master storyteller.”

—Scott Nicholson
author of After: The Shock

Roddy McDowall narrates the 3-hour abridged audiobook. He tells about the experience by saying, “The advantage for me is that it is a completely different kind of acting exercise. The closest thing is the old days of radio when you could trigger an audience with your voice alone.”

“A story of fantasy and terror that helped pave the way for today’s style in horror fiction. Fear does something very rare—it lives up to its title. Hubbard defines the essence of what it means to be afraid.” 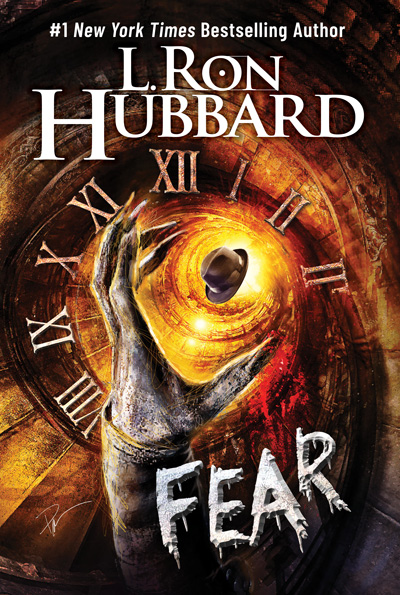 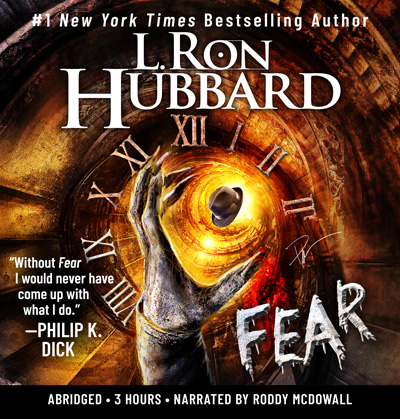