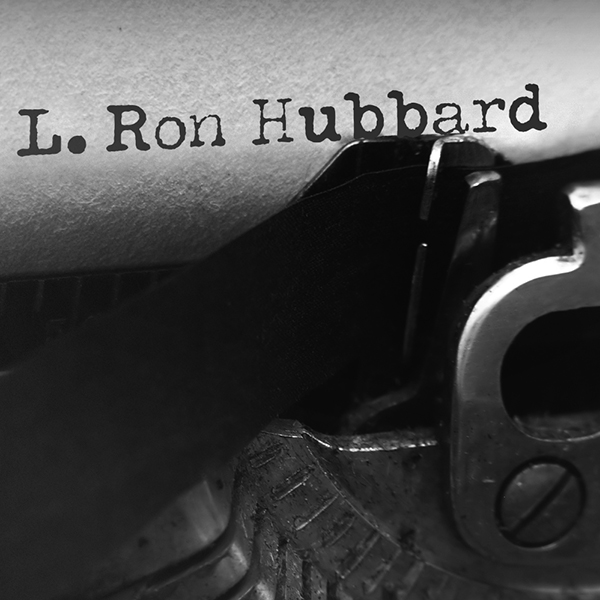 “My salvation is to let all this roll over me, to write, write and write some more. To hammer keys until I am finger worn to the second joint and then to hammer keys some more. To pile up copy, stack up stories, roll the wordage and generally conduct my life along the one line of success I have ever had. I write.” ─L. Ron Hubbard

L. Ron Hubbard was a writer who exercised that extraordinary gift of language often, transporting readers to not only far lands but to far times or times which don’t exist at all.

Although capable of writing in any style for any literary taste, Ron chose to write popular fiction—the literature that the Random House Unabridged Dictionary defines as being “regarded with favor, approval or affection by people in general.”

L. Ron Hubbard first made his reputation in the pulp magazines as a fast-action, high-adventure writer. It was during that time that he also wrote and published his first historical western novel, Buckskin Brigades. But it was in the field now known as speculative fiction, encompassing the genres of fantasy, horror, and science fiction, that he made his greatest—and most enduring—contribution.

In all, Ron wrote over twenty novels in the genres of science fiction, fantasy, western, and historical fiction.

“Hubbard is a thinker who writes, rather than a writer who thinks, as most masters are.”

“Hubbard’s stunning writing ability and creative imagination set him apart as one of the greatest literary figures of the twentieth century.”

“[L. Ron Hubbard] cut a swath across the science-fantasy world, the like of which has never been seen again.”