Screenplays to Novels
A collaboration with L. Ron Hubbard 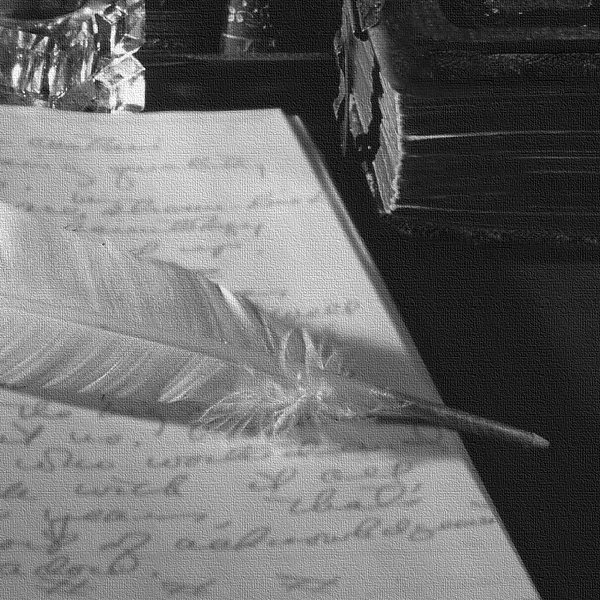 Screenplays to Novels
A collaboration
with L. Ron Hubbard

By the early 1980s, Ron had written two feature-length screenplays, including detailed notes with diagrams on direction, characterization, sets, and sound.

In accordance with his lifelong commitment to aspiring authors, he granted the novelizations of the screenplays to two others—a golden opportunity to collaborate with L. Ron Hubbard. Kevin J. Anderson co-authored Ai! Pedrito! and Dave Wolverton served that function with A Very Strange Trip.

Anderson had been an entrant in L. Ron Hubbard’s Writers of the Future Contest (17 entries) before he became a professional, disqualifying him from further participation. He attributed much of his initial success as an author to the Contest.

Dave Wolverton was a grand-prize winner of the Writers of the Future Contest. He won in the third year of the Contest and his career skyrocketed immediately after.

The art of adapting a tale from one medium to another often requires innovation. Ron’s stories couldn’t be translated word for word. Unlike a screenplay, a novel allows one to explore a character’s thoughts. The co-authors Anderson and Wolverton took some literary latitude, getting into the heads of Ron’s characters.

Both authors hope the results are as fun for you to read as they were for them to write. 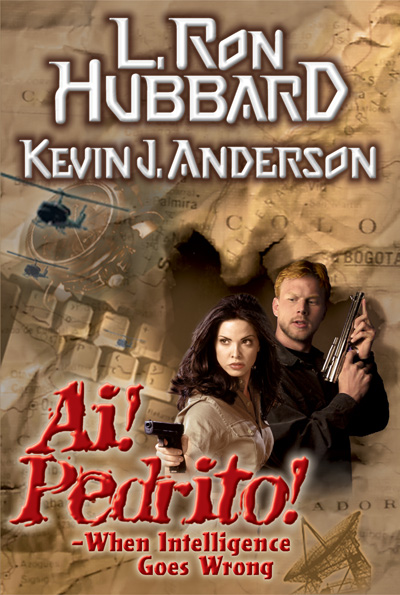 Ai! Pedrito! was inspired by Ron’s encounters with a doppelgänger. After a first and seemingly innocuous brush with the man, Ron wrote of exiting a Cuban embassy in early October 1932 and hearing a Spanish gentleman cry: “Ai! Pedrito! Cómo está?” When he pleaded mistaken identity, the accosting Spaniard offered only a savvy “Oh, that’s all right, Pedrito. I won’t tell anybody you’re here.”

Next, Ron writes of three engineers on a Puerto Rican mining trail, and their similarly exuberant “Ai! Pedrito! Cómo está?” In reply to his plea of mistaken identity, they said: “You can tell us. We won’t write anybody. We won’t let anybody know we saw you.”

Thereafter, through the opening months of the Second World War, when a then Lieutenant L. Ron Hubbard served in the United States Naval Intelligence in the South Pacific and elsewhere, his doppelgänger Pedrito remained a peripheral phantom. Eventually, however, Pedrito ceased to be a figment, as his trail of crimes and misdeeds became substantial.

The fictionalized account of Ron’s actual experience takes us into a world where the action never flags, the deception and sly humor never end, and anything can follow from such a seemingly innocuous question as Ai! Pedrito! Cómo está?

A full-cast unabridged audiobook was produced with 32 actors portraying 118 characters. A library of over 150,000 sound effects and original music compositions create a fully immersive audio experience.

Ai! Pedrito! has all the fast pacing of James Bond and the adventure of Indiana Jones. You’ll have a lot of fun reading this book, and you sure won’t guess what happens next!” 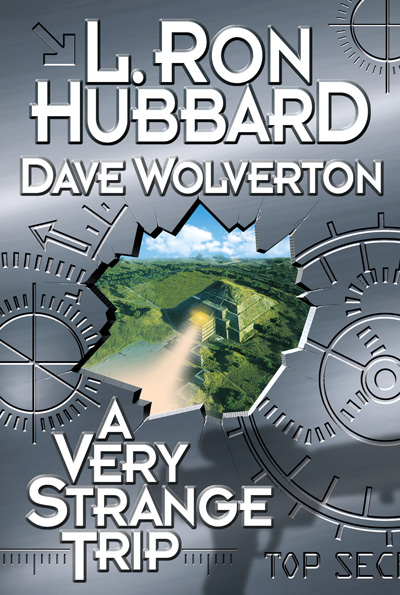 Dave Wolverton in turn co-authored the novelization of A Very Strange Trip.

A Very Strange Trip is an action-packed, sci-fi, time-traveling comedy.

Dave found in this story similarities between the protagonist and his own family history.

In doing research for the novel, Dave traveled to the Cahokia Mounds where the Mississippi and Missouri Rivers meet—once home to the temples of the priest-rulers of the Mississippian culture. Dave discovered that Ron, too, had made the same trek and had conducted thorough research into these matters. Dave found no aspect of ancient life in this land that Ron had not examined—from the Mississippian vegetation to the Mayan pottery industry.

The unabridged audiobook is a 6-hour fully cinematic audio experience. Recorded with 27 actors portraying 51 characters and augmented by a library of over 150,000 sound effects and original music compositions, A Very Strange Trip audiobook is a complete soundtrack.

“A Very Strange Trip is a wild, high-tech ride!”