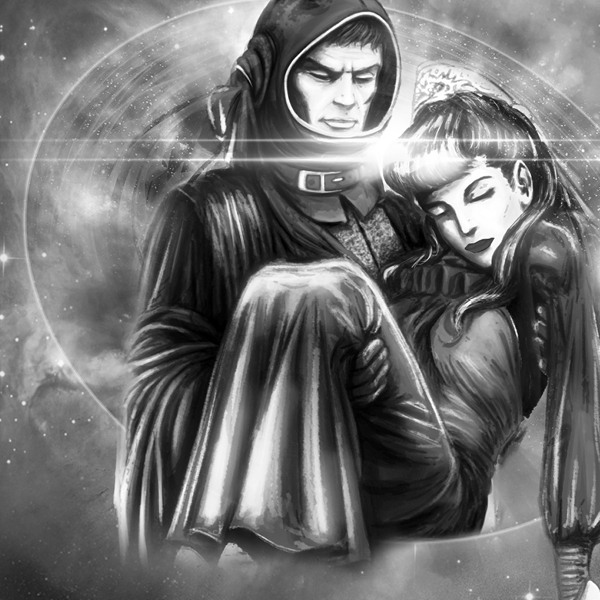 The autumn of 1947 marked the tenth year of a Golden Age for John W. Campbell’s Astounding Science Fiction. The magazine’s authors reshaped and redefined science fiction into its modern form. Campbell’s reign saw bright and talented newcomers such as Robert A. Heinlein, Isaac Asimov, L. Ron Hubbard, A.E. van Vogt, L. Sprague de Camp, Theodore Sturgeon, Fritz Leiber, and Lester del Rey. They—and a few veterans like Jack Williamson and Clifford D. Simak—wrote a revolutionary new kind of science fiction, brisk and crisp of style, fresh and lively and often irreverent in matters of theme, plot, and characterization. The readers loved it. Astounding was the place where all the best stories were—many of them now classics that have stayed in print for fifty years. Both the magazine and its larger-than-life editor were regarded with awe and reverence by its readership and by most of its writers as well.

The first of seven Ole Doc Methuselah stories appeared in the October 1947 issue of Astounding Science Fiction. John Campbell chose to publish them in the same issue as the conclusion to Ron’s chilling three-part antiwar novel titled The End Is Not Yet. Campbell had never included two stories by the same author in one issue, but he didn’t want to hold back on “Ole Doc Methuselah,” the first story in the series, and so the story was published under the pen name René Lafayette.

L. Ron Hubbard wrote under at least sixteen pen names, and René Lafayette became one of his most famous. Readers in the 1940s didn’t know, of course, that the L. in Ron’s name stood for Lafayette and so had no idea that the two popular authors were one and the same.

In his book entitled A Requiem for Astounding, a tribute to the most popular and influential magazine of the Golden Age, science fiction historian Alva Rogers wrote:

“The Ole Doc Methuselah stories were immensely enjoyable; there was nothing pretentious about them; they were full of rousing action, colorful characters, spiced with wit, and yet, underneath it all, had some serious speculative ideas about one possible course organized medicine might take in the future and a picture of medical advances that was very intriguing.” 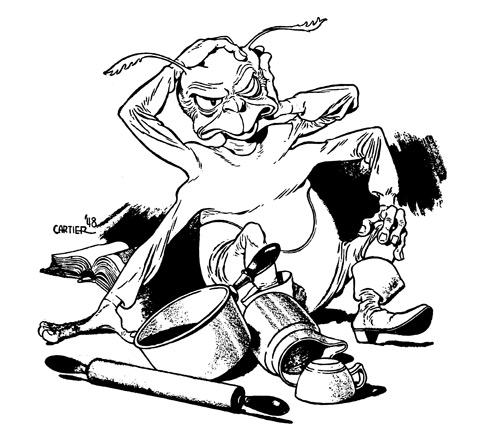 The stories were accompanied by whimsical drawings from Edd Cartier. Edd illustrated more of Ron’s stories than any other artist and was particularly proud of his illustrations for Ole Doc.

“It was Ole Doc’s adventures that many people, including myself, recall most fondly. Readers liked my depiction of Hippocrates and I always enjoyed drawing the little, antennaed, four-armed creature. 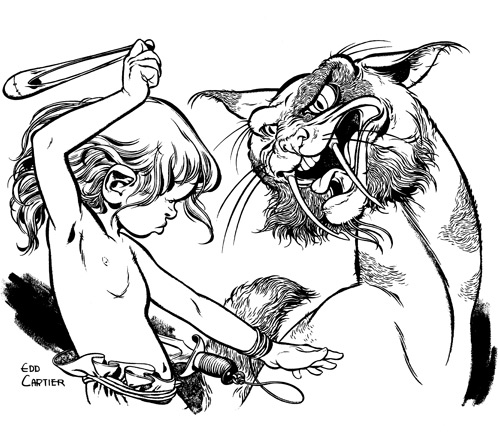 “Oddly enough in 1952, my wife, Gina, found a large five-legged frog in our yard.… Needless to say, the mutant frog was instantly dubbed Hippocrates, or Pocrates, for short. He resided with honor in a garden pool and was featured in many local newspaper articles. That frog’s existence was as if Ron’s writings and my illustrations had come to life to prove that science fiction’s imaginative ideas are quite within the realm of possibility.”

The seven stories published between October 1947 and January 1950 comprise the intergalactic adventures of Soldier of Light seventy-seven of the Universal Medical Society known as Ole Doc Methuselah and his loyal companion, Hippocrates.

“Inventive, exciting stories about a larger-than-life hero in a universe of full-bore adventure.”

“L. Ron Hubbard remains one of science fiction’s most romantic writers and Ole Doc Methuselah is one of his larger-than-life characters.”

“Delightful, amazing and filled with wonder!”

Roddy applied his versatile craft to the narration of the 6-hour abridged audiobook. He was captivated by Ole Doc and spoke highly of the series and had the following to say:

“Move over Bones McCoy … here comes ‘Ole Doc Methuselah,’ Solider of Light and defender of space-faring humans against all alien viruses in the galaxy!” 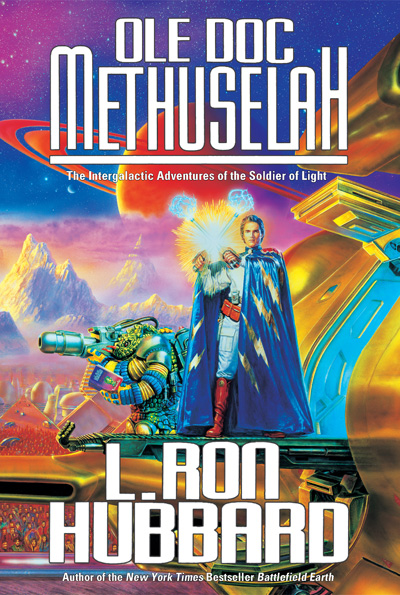 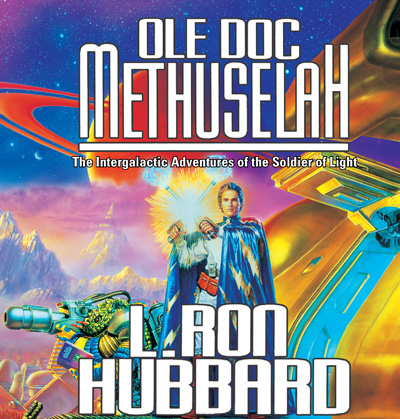