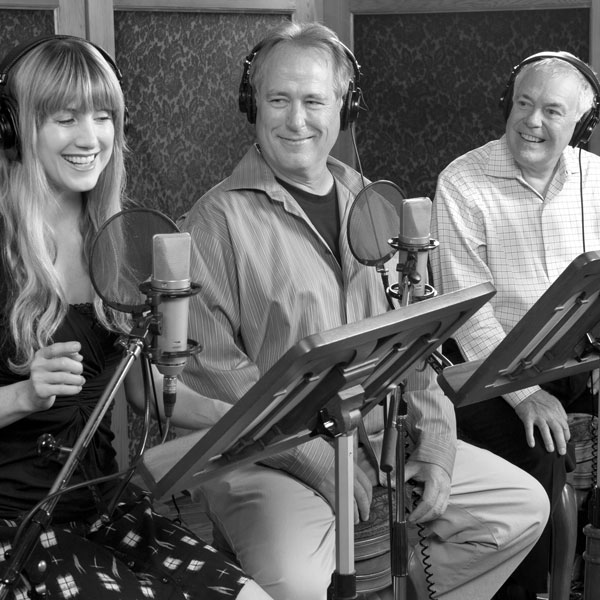 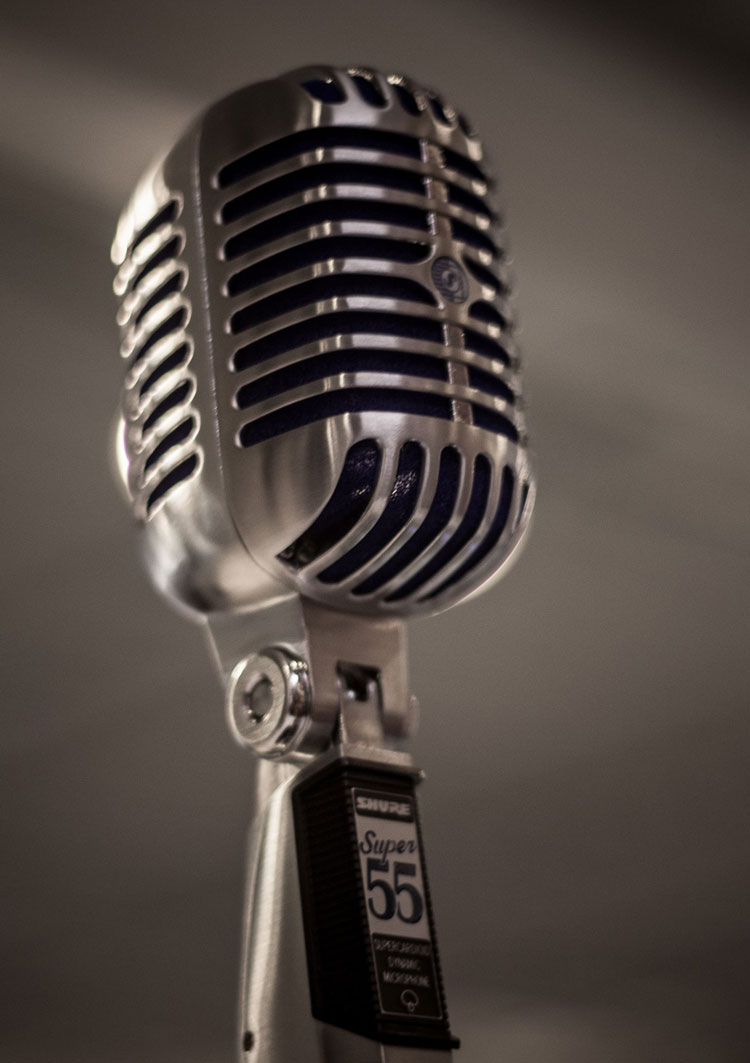 THE GOLDEN AGE OF RADIO

Like the pulp yarns that preceded and appeared contemporaneously with them, radio dramas of the 1930s and ’40s invited listeners to infuse their entertainment with a hefty dose of their own imagination and to contribute directly to these movies of the mind. Radio introduced background music and sound effects to recreate the excitement of a car chase, the violence of a barroom brawl or the consuming suspense of finding out what lurked behind the closed door after the power to the old house went out.

Original pulp fiction tales often provided the characters who populated the radio dramas and captivated the masses. Names such as Nick Carter, Buck Rogers, The Lone Ranger, and The Shadow, electrified the airwaves for millions of American listeners who huddled around their radios listening for the latest adventures of their heroes.

L. Ron Hubbard knew that aural landscape very well. Despite being best known for his novels and short stories, he was also a significant contributor in the early development of radio.

In 1930, fresh out of high school and ready to begin his first semester at George Washington University, Ron began scripting dramas for WJSV radio. Later, while pursuing his studies in engineering and molecular phenomena, Ron wrote and performed ballads for a local station, WOL.

Then later, in the summer of 1940, while on his Alaskan Radio Experimental Expedition under the Explorers Club flag, Ron again took to the airways. This time it was in Ketchikan, Alaska, on KGBU’s Voice of Alaska where Ron’s maritime show The Mail Buoy played to listeners up and down the Alaskan Panhandle during which he performed ballads and answered questions relating to seafaring matters. 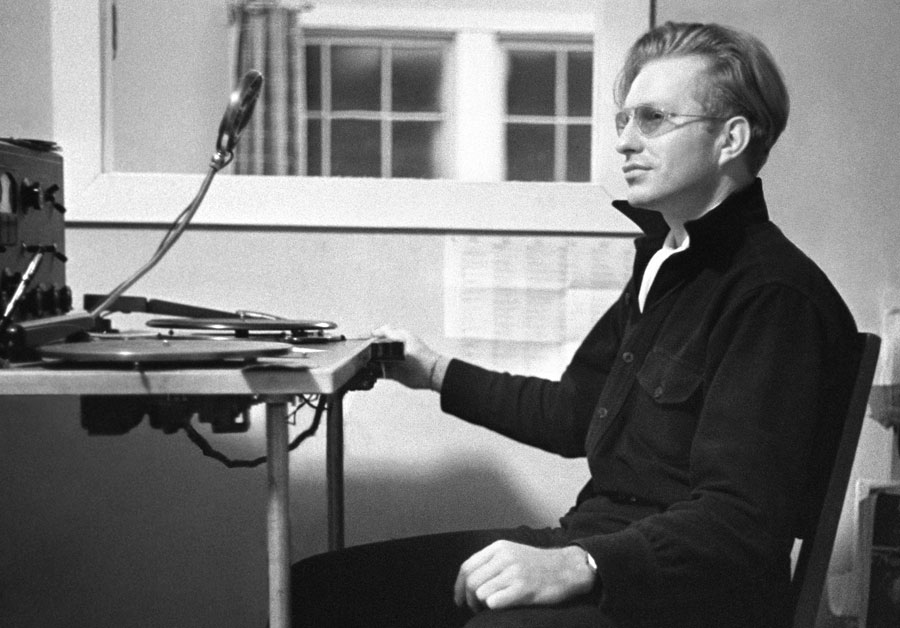 In 1988, almost sixty years after L. Ron Hubbard made his professional debut as a radio dramatist and balladeer, Galaxy Press released the L. Ron Hubbard Stories from the Golden Age Audiobook Collection.

These re-creations of 153 of L. Ron Hubbard’s pulp fiction short stories are not your standard “audiobook.” Not only have the best elements of classic radio drama been revived, but they have also been augmented with state-of-the-art production values borrowed from feature films and then improved even more to create the best audiobooks available.

To truly understand how innovative this series is, you have to go inside the making of a Golden Age audiobook. Take the adventure story Sea Fangs, the tale of a sailor caught in a whirlpool of piracy and murder played out against an uncharted island.

Such an intense tale would be done a disservice by relying exclusively on a sonorous voice narrating on and on. It demands a setting worthy of its inherent impact. In order to do Sea Fangs and the other stories justice, the entire audiobook process had to be reconceived.

First, casting. Usually, an audiobook will have one reader who performs every character. But in L. Ron Hubbard’s tales, with such a vivid mix of characters and types, even accents and ages, it was paramount to assemble an entire cast of talent for each story. Scores of actors contributed to the creation of the L. Ron Hubbard pulp fiction audiobooks. 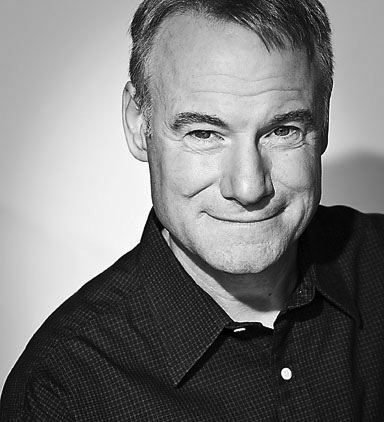 Jim Meskimen, director for the Stories from the Golden Age audiobooks

Another innovation was the acting process itself. Instead of isolating each performer to do his bit alone in a recording booth, and then mixing the voices together later in an editing bay, the entire cast was called in at the same time, and the performances were recorded in one day.

The atmosphere was unique. According to project director Jim Meskimen, “We were all there together—the actors, the technical team, myself—united to bring off the full range of emotional impact from Mr. Hubbard’s fiction. Being in such close proximity heightened the effect beyond our expectations.”

Meskimen went on to add, “This new process has attracted world-class performers from radio drama, animation, and live theater. I can’t imagine a better crew of actors.”

Another luminary in the field, and one of the founders of Firesign Theatre, Phil Proctor, had this to say: “I’ve done a lot of work in cartoons and other areas, and with those you’re working in an isolated format. You come in, record your material, and it’s put together in editing. This was a wonderful opportunity to work creatively in a dramatic context. It made it more vibrant, more honest. You are affected by, and are yourself affecting, another actor in the studio with you.” 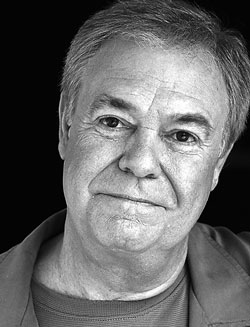 “Two things happened,” said Proctor. “First, there was an undeniable feeling of actual involvement in the reality of the story. That is what makes it so compelling to the listener when he hears the finished product. Second, it was an awful lot of fun! It’s hard for people to understand how much fun we had doing this work!”

Next came post-production and that all-important element—sound effects. Again, no previously set standard would do to create the best audiobook experience.

While most audiobooks contain a few, if any, sound effects, our technicians created a rich and accurate aural landscape for every story, literally transporting the reader straight into the environment.

For Sea Fangs that meant every detail—from the howling thunder and shrieking wind to the creaking ship’s hull amid heavy ocean waves to the staccato burst of machine-gun fire—was brought to life amid the actor’s performances.

The cast brings alive romance, bravado, menace, and the thrill of escape.”

The creation of this new audiobook series was so extensive that our studio engineers employed a total of 175,000 sound effects, many thousands of which were original to this production.

Not only that, but the sounds themselves were all extensively researched for cultural and historical accuracy. For example, when a ship rings out “eight bells,” which signals the end of a watch, it is an authentic eight bells, confirmed first hand by the United States Coast Guard and duplicated by a sound technician in the exact rhythm and accents of those bells.

From the musical introduction to the final credits, these full-cast, sound effects-laden productions will engage listeners of all ages.”

According to a review from AudioFile magazine, “The ever-present soundtrack … lends a richness to the imagined picture that would, in other titles, be filled by narrative description. Those who listened to The Shadow and Flash Gordon growing up will love this production.”

And as Proctor noted, “These new productions may be in the audiobook genre, but they’re fully realized dramatic adventures and that is very unique. To have such incredible production values, they are like nothing else.”

It is something that has to be experienced to be believed, as the result is practically a new art form in itself.

Ultimately, however, the pulp audiobooks are about the stories and what made L. Ron Hubbard’s fiction so great—the sense of adventure, the breakneck pace of the story, the intriguing characters, and the deeper sense of humanity that permeated his writings.

Perhaps Meskimen summed it up best when he said, “It doesn’t matter whether it’s a western yarn or a story about the French Foreign Legion. There’s that undercurrent of decency and respect for mankind, all told with Ron’s inimitable style. Let’s face it, the pleasure of great storytelling is one of the rewards of being human. And Ron’s stories certainly deliver in terms of thrills and excitement, and more—resonating with us long after the action has concluded.”

Come share this new adventure. The world, including the world of audiobooks, will never sound the same.

It’s like a full-blown feature film inside your head.”

80 titles for a total of 160 hours of entertainment. 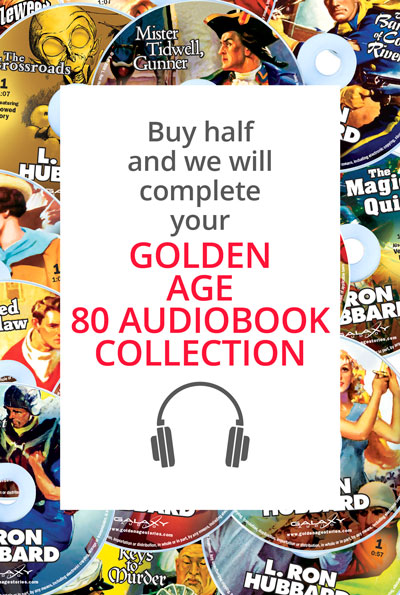 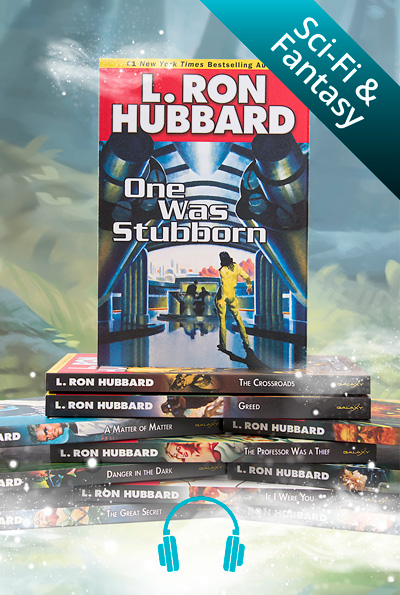 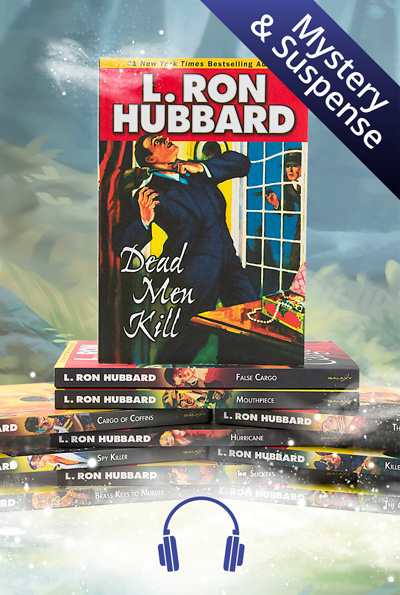 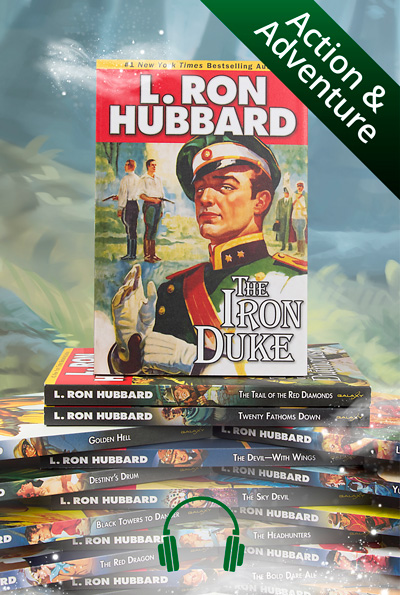 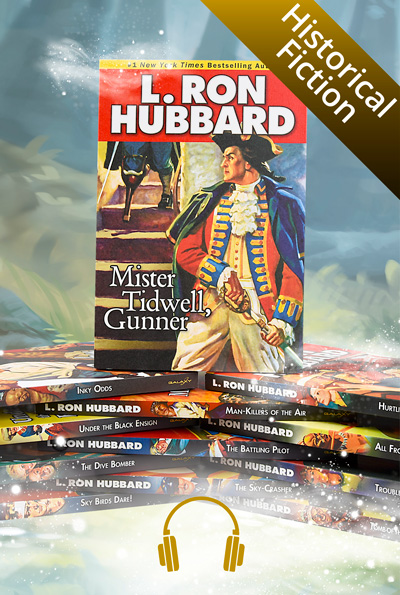 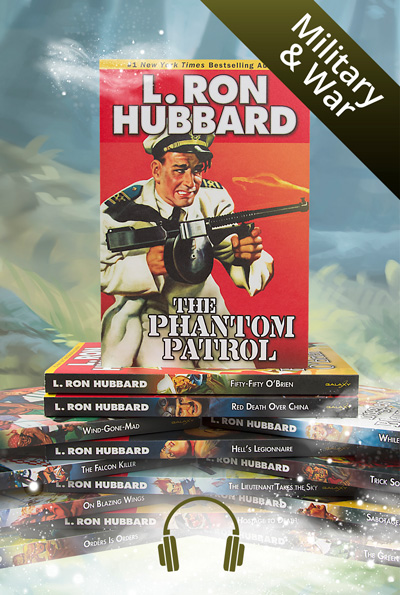 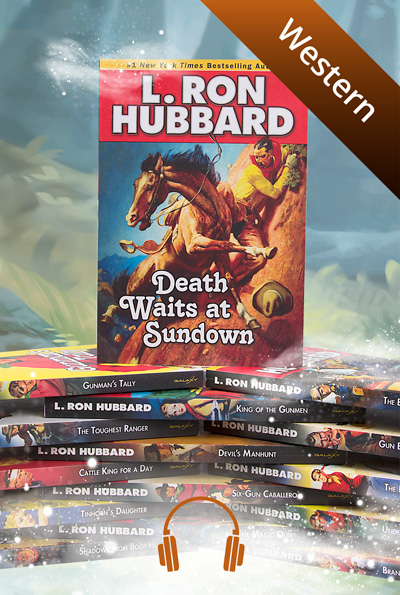