Battlefield Earth
A Saga of the Year 3000
The Book 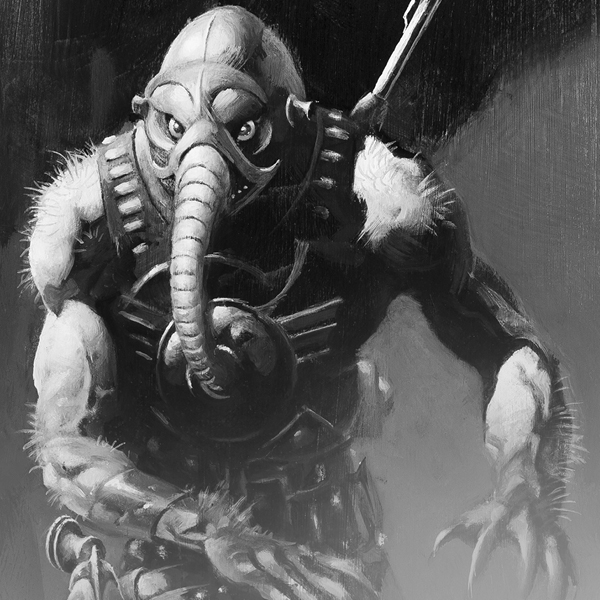 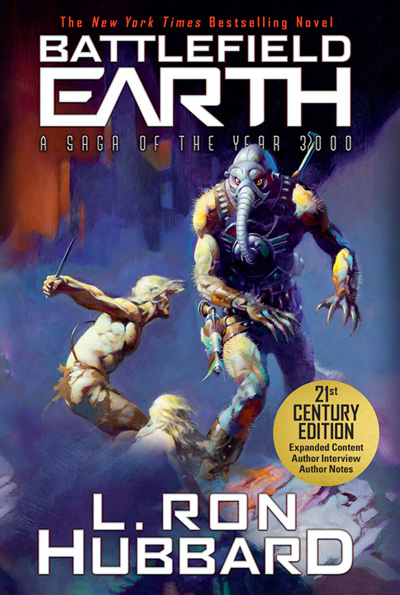 The Writing of Battlefield Earth

In 1980, Ron returned to his typewriter both for his own amusement and to celebrate his fiftieth year as a professional writer. The result was Battlefield Earth, a novel of pure science fiction. Freed from the constraints of the magazine format, Ron delivered a story of 428,750 words—the biggest single-volume science fiction novel ever published.

He was living in Newport Beach, California—not far from Encinitas, where he had launched his extraordinarily successful assault on the pulp fiction market nearly fifty years before. Ron wrote this milestone novel in eight months, completing it in October 1980. It was one of the most intensely productive periods of his professional career as a literary author. Writing at an even faster pace than his legendary pulp fiction years, he blazed away—not on an early word processor as some reviewers had assumed due to the unusual length of the book, but on two portable Underwood typewriters. He alternated between them so that he could work on one while the other was undergoing needed maintenance and repair.

The epic tale of Battlefield Earth plays out initially against the sweeping panorama of the Rocky Mountains, following a few surviving but indomitable humans attempting to take back their planet from the rapacious Psychlo invaders. The action spills out across Earth, then across galaxies to the home world of the Psychlos before ultimately extending out across all the universes conquered by the most hated species in all of existence.

First published by St. Martin’s Press in a huge hardback edition in October 1982, Battlefield Earth made an enormous impact on the science fiction market—an impact that continues to reverberate today. It transcended the genre, attracting a substantial mainstream readership with broad demographics, putting a science fiction novel on mainstream bestseller lists nationally.

A New York Times bestseller in both hardback and paperback, Battlefield Earth remained on US bestseller lists for over eight months after its original release. It has appeared on over five hundred bestseller lists around the world, from London, Paris, and Rome to Warsaw, Sofia, and Bucharest; from Tokyo and Singapore to Sydney and Johannesburg. It remains a bestseller to this day.

Battlefield Earth was voted number three in the Random House Modern Library readers’ poll of the top one hundred novels published in the English language over the last hundred years. The American Book Readers Association, a national organization of reading enthusiasts, selected L. Ron Hubbard and Battlefield Earth as the best science fiction author and book of the 20th century.

There was also high praise from another important quarter—Ron’s fellow science fiction writers, both new and old. Some were themselves major contributors to the genre’s Golden Age, including Robert Heinlein, A.E. van Vogt and Frederik Pohl.

Shortly after reading one of the first copies of the book, Heinlein, a supreme storyteller himself, wrote: “Battlefield Earth is a terrific story.…

“It tickles me enormously to see you turn out such a masterpiece in your seventieth year.

“Again let me say how much I enjoyed Battlefield Earth.”

“This has everything: suspense, pathos, politics, war, humor, diplomacy, and intergalactic finance.”

“A pulse-pounding mile-a-minute sci-fi action-adventure that does not stop. It is a masterpiece of popular science fiction.”

“Nonstop and fast-paced. Every chapter has a big bang-up adventure.” 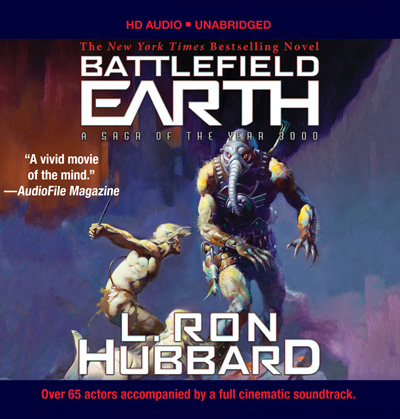