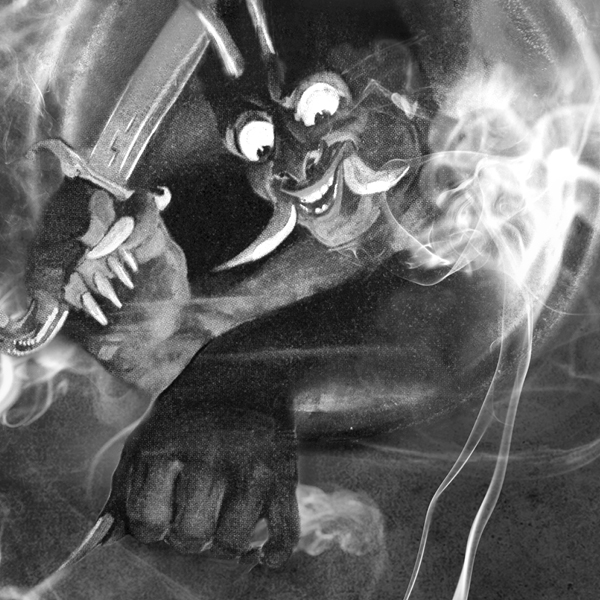 In the popular fiction magazines of the 1930s, L. Ron Hubbard was known for bringing real people to his stories and for injecting life and passion into his characters. His western tales were routinely at the top of readers’ polls, and his detective and action stories were likewise acknowledged for sustaining several magazines. Street & Smith, one of the era’s largest and most distinguished publishing firms, knew this well and subsequently called on Ron to bring real characters to alien landscapes, and thereby was one of those who launched science fiction into its Golden Age.

So it was natural for Street & Smith to call on Ron again the next year, and ask him to help build a new magazine devoted entirely to fantasy: Unknown.

The request arrived in a letter to Ron, dated January 23, 1939, where Campbell admitted he was “having a hell of a time” finding the “truly adult forms” of fantasy he sought, and confessed that “genuinely first-rate fantasy is hard to get.” Campbell went on to write that Ron had “a natural, and not common, talent” and he asked Ron to help bring real people into the realm of the fantastic.

Published in the July issue of Unknown, Ron’s “Slaves of Sleep” broke new ground through the use of dual realities in conflict, something the readership of 1939 had never before encountered. Nor had they seen the likes of Zongri, an evil Jinni who defied all previous conventions. The story begins with Jan Palmer, the shy and brittle heir to a shipping conglomerate on Earth, as he comes to realize that he is also Tiger, the swashbuckling hero in the land of the Jinn. And when both worlds are threatened with annihilation by Zongri, Jan must fuse with his other self to try and stave off his impending doom.

Ron’s trademark fast pace blended with his characteristic humor and wit made the story a favorite, even among the elite of the Golden Age. Ray Bradbury said that “the yarn scintillated” and admitted he had “stayed up all night finishing it.” Frederik Pohl related that “‘Slaves of Sleep’ became a sort of buzzword. There are bits and pieces from Ron’s work that became part of the language in ways that very few other writers imagined.”

One young writer, who had just received the job of nominating the ten best stories appearing in Unknown for the year 1939, shared in the enthusiasm. He listed three of Ron’s works in the top ten, including “The Ultimate Adventure,” “The Ghoul” and, of course, “Slaves of Sleep.” The only other author to receive three nods was L. Sprague de Camp. The young writer was glad for the chance to rank the best and wrote that the opportunity “enables me to give due credit to two of my favorite authors: L. Sprague de Camp and L. Ron Hubbard.” That young writer was none other than Isaac Asimov. 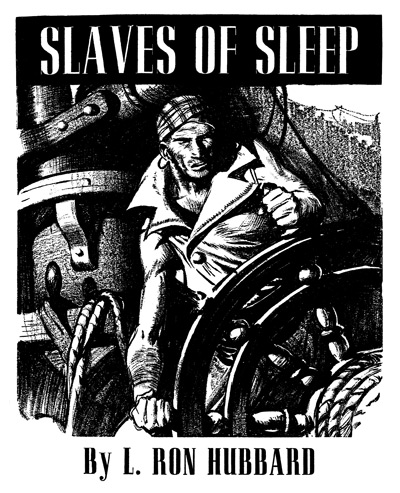 Another notable figure from the Golden Age to sing Ron’s praises was Edward Daniel Cartier—better known as Edd Cartier to generations of admirers. As one of the best illustrators of the era, he illustrated eleven pieces of dramatic art for “Slaves of Sleep,” and said the following of Ron’s stories in an interview in May 1982: “His plots allowed my imagination to run wild.… They offered fantastic opportunities to draw blustering, swaggering heroes and wickedly depraved villains.” He mentioned “Slaves of Sleep” particularly, and how “Ron gave free rein to the swashbuckling, historically costumed characters I loved to sketch.”

It wasn’t only the great talents who sang praises for “Slaves of Sleep.” More importantly, it was the audience who cheered. Ranked first in readers’ polls, one fan wrote in and said, “‘Slaves of Sleep’ was stupendous, magnificent and entirely different. How about a sequel?” Little did he know that his wish would be granted, of course, when “The Masters of Sleep” appeared in October of 1950 as the second and final installment for Jan Palmer and the land of the Jinn.

Anne McCaffrey said that it was “the story I remember best by a master of adventure.” Roger Zelazny commented that “‘Slaves of Sleep’ and ‘The Masters of Sleep’ sparkle with dream dust,” while Gregory Benford applauded them as “possibly Hubbard’s best.”

As one of the most hailed fantasy stories of its time, “Slaves of Sleep” not only helped to usher in the Golden Age of Science Fiction and Fantasy, but they also helped to make speculative fiction the world force that it has today become. 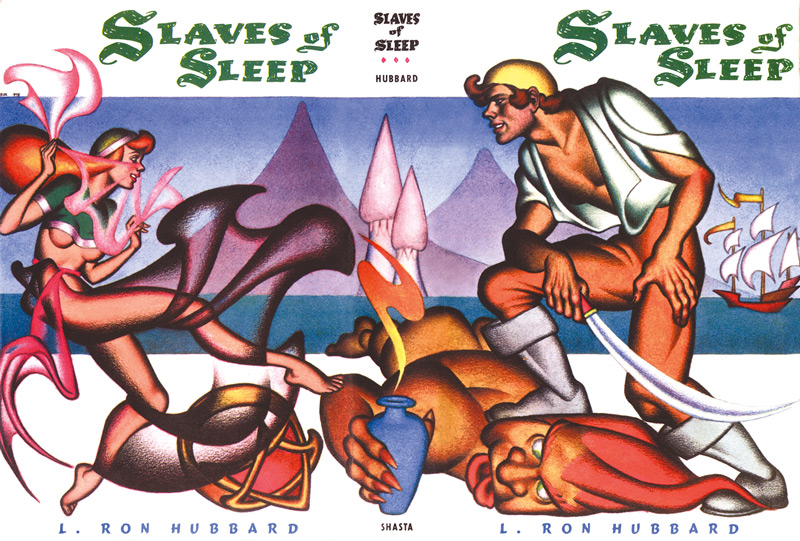 “A brash enthusiasm in this and others of his early works that makes them worth reading.”

“A lusty and satisfying adventure … Perhaps its superiority lies in the authenticity of the maritime flavour (derived no doubt from the author’s own seafaring experience) … Altogether a delightful fireside adventure for a winter’s night.”

“This is an excellent, highly imaginative book … it has everything: boats, romance, violence, beautiful women, drama, suspense, love, and an excellent set of characters.”

“An expertly written fantasy sure to inspire laughs, cheers, jeers, and thought. If your tastes are for fun, lively adventure in fantastic places, this book will surely whet your appetite.”