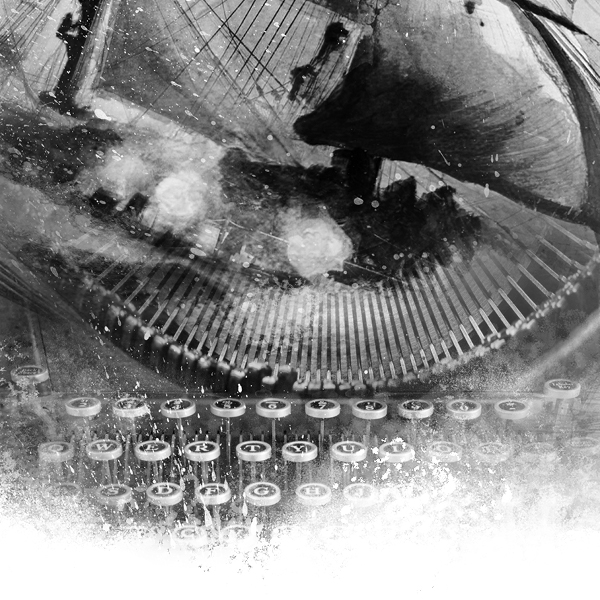 In May 1940, Ron was working in a large apartment in New York City, at 243 Riverside Drive, overlooking the Hudson River. He was using a new IBM electric typewriter and pounded out close to a hundred words a minute.

Known for his well-deserved reputation as one of the fastest writers in the business, Ron was working with added urgency. In two months, no later than July, he planned to be at sea, sailing the tortuous waters of British Columbia and Alaska under the flag of the Explorers Club.

He had multiple objectives for the voyage: to help the US Navy Hydrographic Office re-chart the especially dangerous route from Puget Sound to Ketchikan; to test and develop a new experimental system of radio navigation; and to conduct ethnological studies among tribes that lived on those shores, continuing his long-standing research into the nature of different cultures.

With the coming sea expedition on his mind, it’s no surprise that his next novel was Typewriter in the Sky, a pirate tale set in the Caribbean. It appeared as a two-part serial in Unknown magazine’s November and December 1940 issues.

Typewriter in the Sky is the story of Michael de Wolf, a dilettante piano player who, after an unfortunate mishap, suddenly finds himself living a pirate adventure novel being written by his friend Horace Hackett. Obvious anachronisms and intentionally sloppy details add to the humorous nature of de Wolf’s journey back in time. He comments about his own stilted dialogue, how his surroundings blatantly change as the writer pounding on his “typewriter in the sky” remembers belatedly to include necessary details. 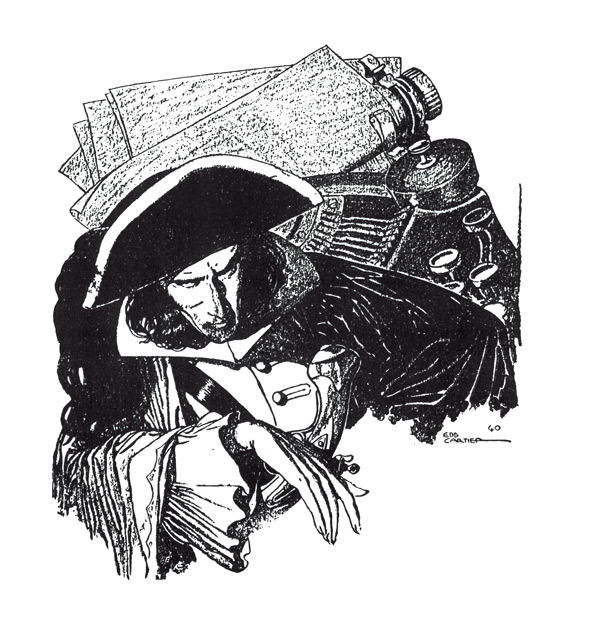 Edd Cartier illustration for Typewriter in the Sky

The setting is the West Indies in 1640—the romantic Spanish Main with its buccaneers, its conflicts between Spaniards, French, and English, and naturally, its beautiful women.

Ron was familiar with the setting. Eight years earlier, in the summer of 1932, while a student at George Washington University (GWU), he had organized the Caribbean Motion Picture Expedition—a hundred-day journey aboard a chartered 200-foot, four-mastered schooner, the Doris Hamlin. The goal had been to photograph the flora and fauna of the islands, as well as the active volcanoes such as Martinique’s Mount Pelée, and to visit the old pirate strongholds.

Students were procured through a series of advertisements in college newspapers, such as: “Restless young men with wanderlust for Caribbean Motion Picture Expedition … No tea-hounds or tourist material need apply.” 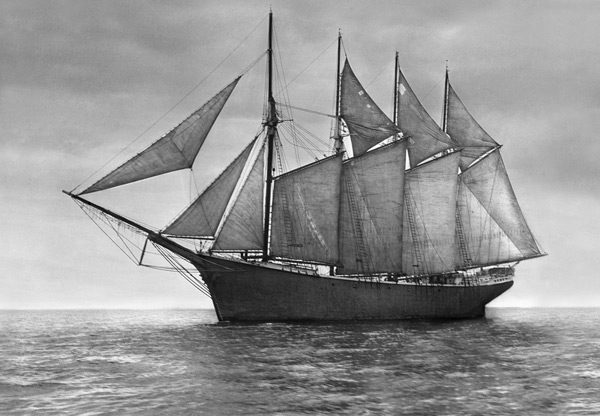 The Doris Hamlin at sea

GWU’s The University Hatchet later proclaimed that it was a “Glorious Adventure.” Contacted years later, some participants still remembered it as the greatest adventure of their lives.

Ron also drew on other personal experiences to pen Typewriter in the Sky. He used his then-current experience as a working writer, using self-parody to great effect. He brought his own pen names to life; Winchester Remington Colt, René Lafayette, and Kurt von Rachen are all characters in the novel.

The main thing about Typewriter in the Sky—as true now as in 1940—is that it’s a fun read.

“It goes as fast as ever, the laughs haven’t diminished over the years, and it’s just too much fun to hold in academic awe as you’re reading it.”

“Typewriter in the Sky is one of the most influential books in the history of fiction. I’ve written some recursive fiction myself, and I think of Hubbard every time I sit down at my keyboard in my tattered bathrobe.”

“Fans and other writers were doing variations on that for years.”

“Typewriter in the Sky has been a huge influence on the field and is still vastly entertaining today.” —Tim Powers 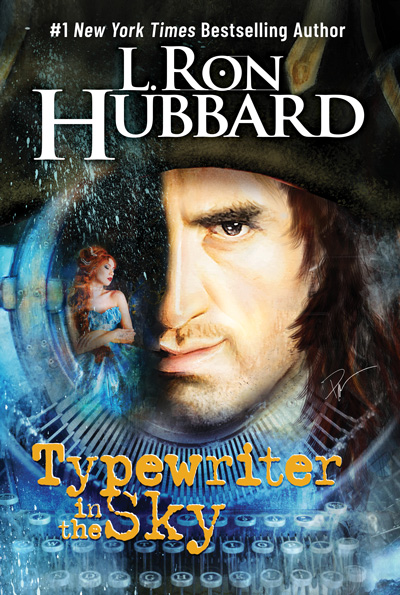 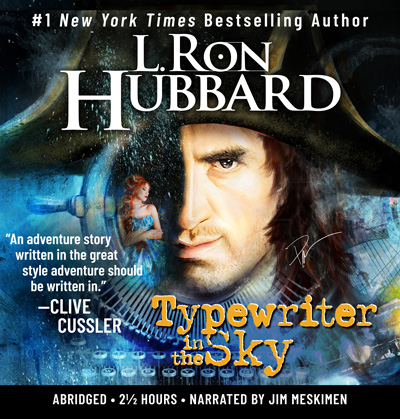