With war breaking out in Europe, and Americans fiercely debating whether to join the battle, the serialization of Ron’s story, Final Blackout, exploded into the public consciousness in the April, May, and June 1940 issues of the Astounding Science Fiction magazine.

Months before, editor John W. Campbell, Jr. had alerted readers that they were in for something special. Writing in the January issue, and offering the “honest opinion of a long-time science fiction reader,” he informed his readers that Ron’s upcoming novel was one of “the most powerful and meaningful stories science fiction has produced.” He went even further, advocating that if readers had friends they wanted to introduce to science fiction, this was the story to get them started. In the March edition, Campbell compared Ron to the greatest science fiction writer known at the time. He wrote: “I feel that even H. G. Wells never wrote anything more powerful than Final Blackout.”

The fans were not disappointed. They expressed their approval both by giving the electrifying novel the number one position in the magazine’s readers’ poll and in the flood of letters they wrote to the editor praising the story. One began, “Here’s my ratings for the past year: (#1) Final Blackout—There never has been, nor will there be, a novel as great and powerful as this classic.” The reader then listed the remainder of his top ten choices before ending with a heroic poem he had written titled “The Lieutenant,” dedicated to the story’s enigmatic central character. 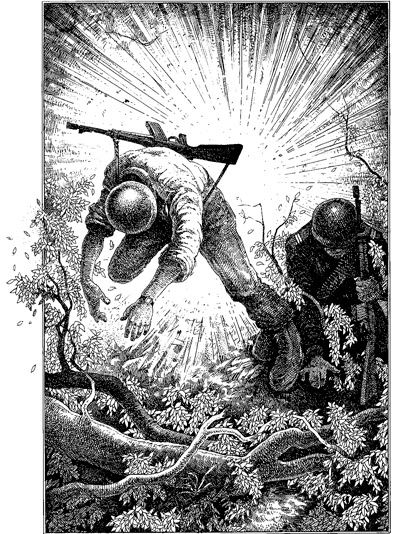 Set in a war-torn Europe decimated by what seemed to be a never-ending conflict, the story created a storm of controversy. One reader who challenged it as being pro-war was chastised not only by Campbell (“Ye gods! The utter desolation of Final Blackout called ‘pro-war propaganda’!”) but by irate fans, who fired off a volley of letters such as this one: “‘Pro-war propaganda!’ Pardon me while I snicker. L. Ron Hubbard’s Final Blackout, in my opinion, and also that of all my friends, was the best science fiction story I have ever read. I might, and will, go so far as to say that it was undoubtedly the best story of any type I have ever read. I doubt if there will be such a story in all the annals of science fiction to come.”

In 1948, the newly founded Hadley Publishing Co., one of the first publishers of science fiction and fantasy books, released the novel, adding a new but controversial dedication: “To the men and officers with whom I served in World War II, first phase, 1941–1945” and a preface by Ron, which set off a whole new round of discussion about the novel’s complex meaning and implications.

In the years since, Final Blackout has continued to be regarded as one of the most controversial and influential science fiction novels. Those who read it never forget it. Science fiction master Philip José Farmer, who, after rereading it forty years later, stated: “The hero of Final Blackout has glowed in my mind ever since I read the initial magazine version. This final version shows the story, like all timeless works of fiction, is also timely.”

Final Blackout envisioned an apocalyptic war that would go on and on into a future tormented by endless combat and cynical political opportunism, with Europe—and the world—indelibly scarred by weapons of biological and atomic fury.

The larger-than-life, combat-wise, principled protagonist is known only as “The Lieutenant.” His deep moral concern for his brigade of irregulars—“The Unkillables” (the author’s work-in-progress title for Final Blackout)—became the measure of the quintessential leader. In the end, it is up to this band of survivors to salvage what they can of their lives and their civilization.

Frank Frazetta’s artwork for the book visually captures the intense character and mythical essence of the protagonist known only as “The Lieutenant.” In Frazetta’s own words “I enjoyed illustrating Hubbard’s stories. They contained a strong sense of adventure that lent themselves to some good paintings.” 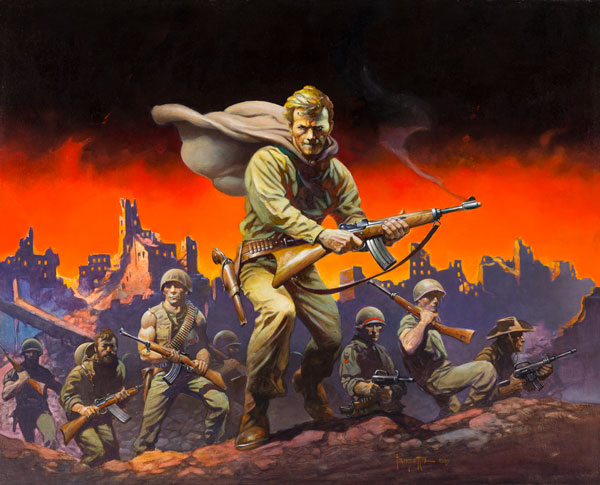 “A survivor of the test of time. The story strikes deep.”

“Like Fatherland, Hubbard spins a masterful tale of suspense and nonstop action in Final Blackout.”

—Harold Robbins
author of The Adventurers

“Final Blackout is as perfect a piece of science fiction as has ever been written.”

Roddy McDowall narrates the 3-hour abridged audiobook. He told listeners how much he enjoyed recording L. Ron Hubbard’s books: “They’re all highly imaginative. They’re wonderful to record—and they are recorded almost in their entirety because they are full of great characters.”

“A gritty, imaginative tale of survival and heroic leadership that is a chilling prophesy for our time. A work of stunning vision that is right on the mark.” 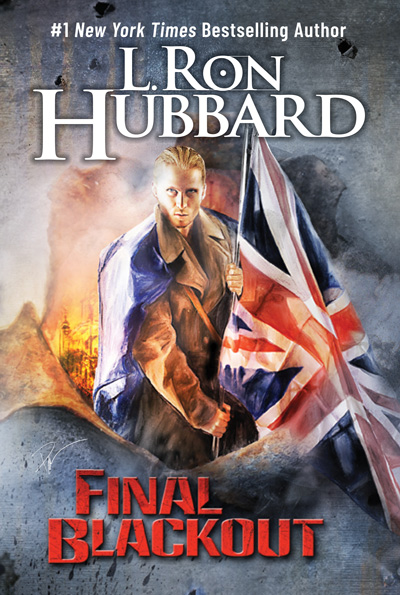 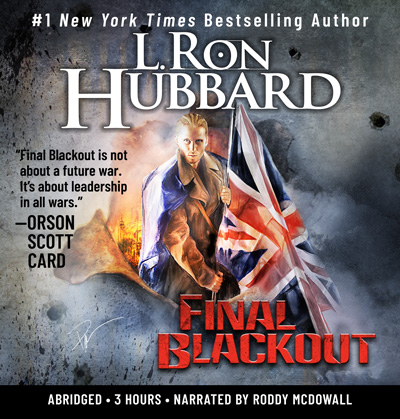