“I’ve known the Corps from Quantico to Peiping, from the South Pacific to the West Indies.”

L. Ron Hubbard was no stranger to military life. The son of a United States Naval Officer, his father’s continuous tours of duty in the Navy kept him in constant contact with the armed services throughout his youth while traveling around the world.

Upon completion of his first Pacific passage to Guam by way of Japan and China, he returned home to Montana. At the age of sixteen, he became one of the youngest men in the country to join the National Guard—in Helena, Montana. “There was a heavy recruitment campaign in progress,” he recalled later. “They were waiving all ages.”

At that time, Ron was being coached by his uncle, Ralph Nelson, a former welterweight boxer and World War I soldier, and he soon learned rifle-handling routines, how to march and use field telephones, and more.

Three years later, while a student at George Washington University, Ron joined the Twentieth Marine Corps Reserve. Almost overnight, he was promoted to first sergeant. And he soon transformed his company from a motley crew of green recruits into the best outfit in the region. “I turned out the prize-winning Company G for that year,” he recalled, “which took 19 of the 20 silver cups and other trophies offered by Eastern Seaboard Reserve.”

By mid-1935, Ron was one of a handful of adventure writers who occupied the front ranks of popular American literature. By this time, he was writing for many of the top pulp magazines, including Adventure, published by Popular Publications. 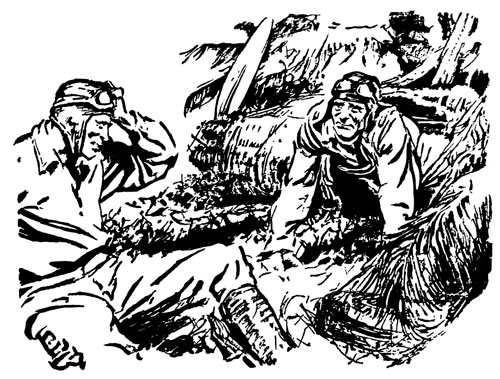 Original illustration for “He Walked to War” in Adventure magazine

Ron’s short story “He Walked to War,” featuring a marine sergeant named Easy Go appeared in the October 1, 1935 issue of Adventure. It was Ron’s first story for this magazine (but not his last), and the editor gave him almost two pages in which to introduce himself, first describing him as “a tall red-haired chap with a service background, his father being an officer.”

Ron’s introduction talked about how the marines had been previously represented: “One thing I might mention in connection with the leathernecks, most of the fiction written about them is of an intensely dramatic type, all do and die and Semper Fidelis and the dear old flag.”

The reality was different. As he wrote: “I’ve known the Corps from Quantico to Peiping [Peking], from the South Pacific to the West Indies, and I’ve never seen any flag-waving. The most refreshing part of the U.S.M.C. is that they get their orders and start out and do the job and that’s that.… Your marine went and did the job and then retired to bind up his wounds while everyone else went on parade.”

Having previously served with the Twentieth Marine Corps Reserves and through his travels, Ron was known to many a leatherneck in many a far-flung outpost. And he knew what it meant to be a Marine:

“To me the Marine Corps is a more go-to-hell outfit than the much lauded French Foreign Legion ever could be. The two are comparable in many ways. God knows what you’ll find in either, from college professors to bellhops. Just why the disappointed lover has to sneak off for North Africa all the time is a riddle. More men have taken refuge in the Corps than in the Legion and, judging from association, leathernecks certainly lead a sufficiently exciting existence.”

So when Ron wrote about soldiers—about the discipline, the ordeals they undergo and the diverse characters of these men—his stories had the ring of authenticity that was the hallmark of all of his writings.

In addition to authenticity, there are timeless themes that indelibly stamped and shaped L. Ron Hubbard’s tales. Qualities of courage, leadership, honor, love and the bare-knuckle struggle between right and wrong or good and evil. 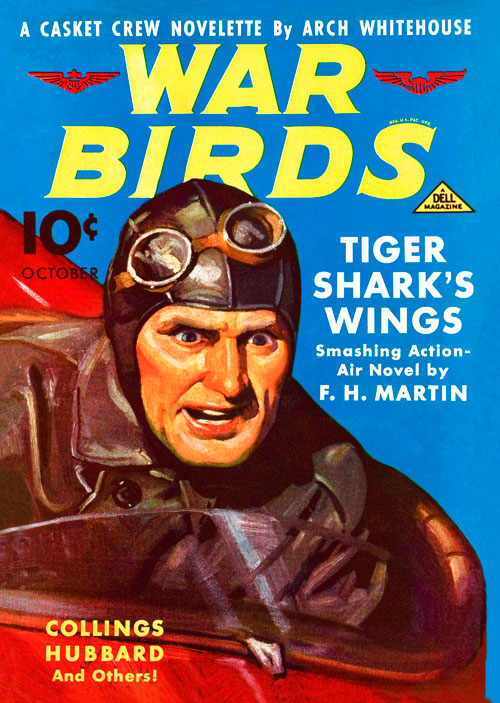 “Red Death Over China,” published in the October 1937 issue or War Birds

An excellent example of this is his 1937 short story “Red Death Over China.” In his teens, Ron saw a China experienced by few Westerners in those times, a China in turmoil, torn between the Nationalists, the Japanese and the Western colonial powers. In addition to plying the ports of the China Sea, he traveled widely—to Peking, to the Great Wall and into the Western Hills of southern Manchuria, where he met both bandits and monks.

In “Red Death Over China,” an American pilot wrestles with blunted idealism and a fundamental moral choice that will define both his life and the lives of others. His dilemma is brought to light by the harsh realities of a nation torn by invasion and civil war, the China Ron Hubbard knew from his journeys and which he recreated with striking color and detail.

Here, with vivid strokes, Ron brings the dusty plains of China to life with the rattling machine guns, the pounding cannons and the cries of the wounded. The terrible toll of war is seen through the eyes of the protagonists whose compassion and dignity, as well as courage and pain, are forcefully brought to life.

Through his stories, he portrayed soldiers as he both knew and understood them and what they faced:

“War was here, with Famine on the right and Death upon the left and Pestilence riding rear guard to make the sweep complete.” —from “Orders Is Orders” by L. Ron Hubbard 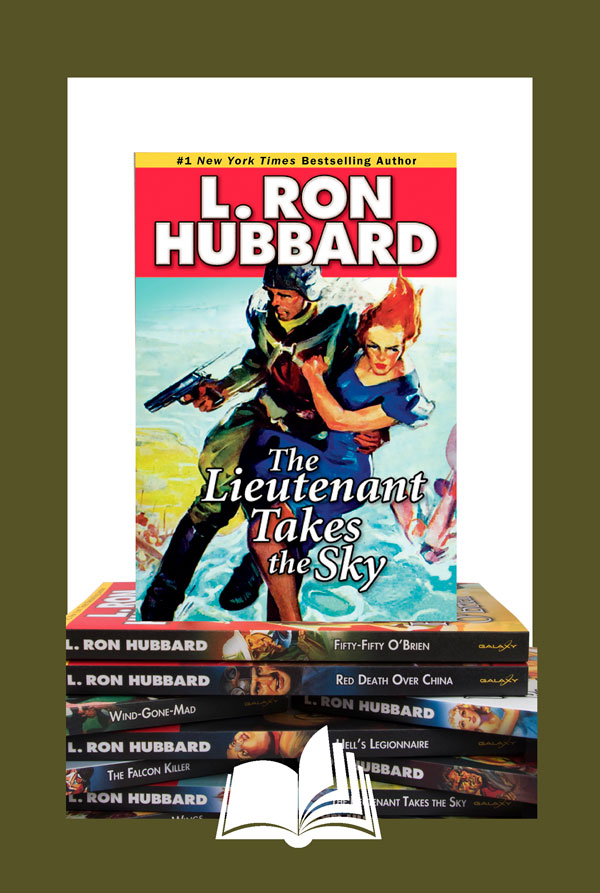 Experience the courage, fear, hopes, and desires of soldiers and civilians on the front lines, in the heat of battle, in these explosive tales of Military & War.

Get all 14 titles in the Military & War Collection—25 original short stories in all. 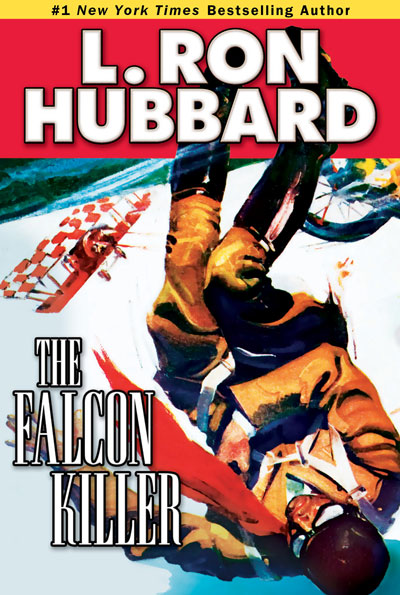 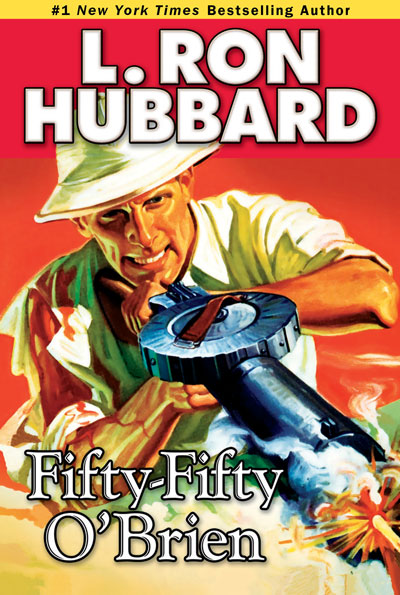 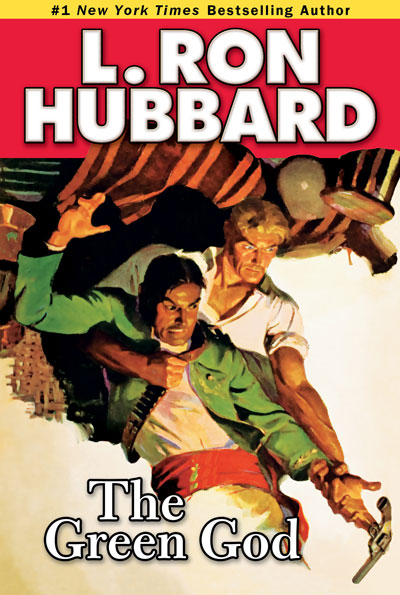 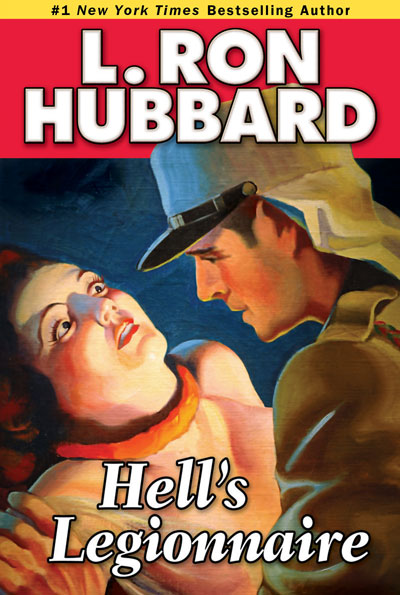 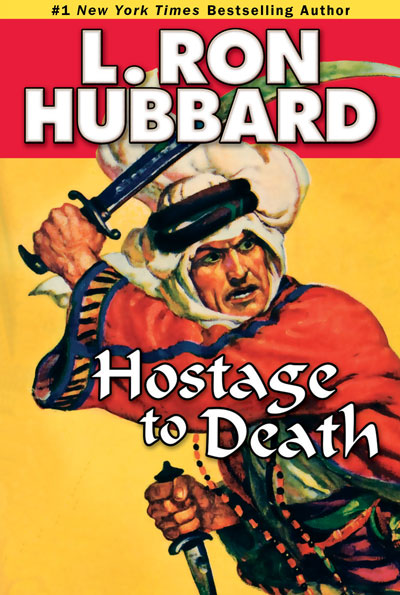 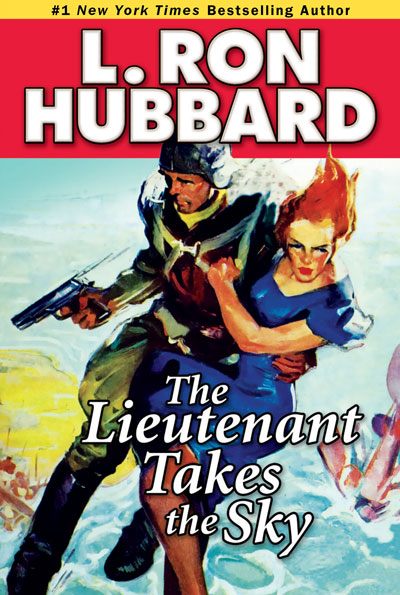 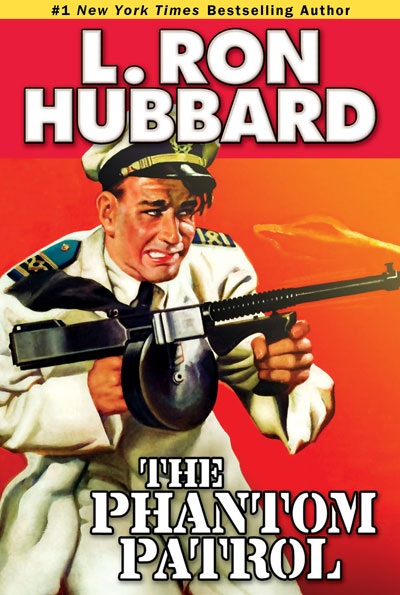 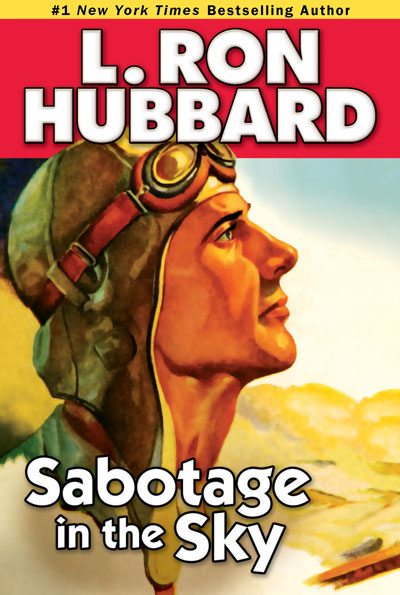