Alfred Hitchcock on the set of the movie Psycho. 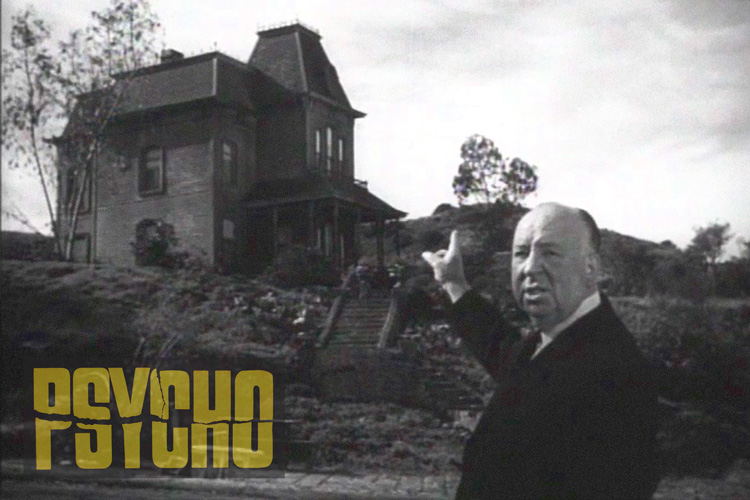 The next article in our series entitled “What Was the Author Thinking” spotlights the master of the macabre Robert Bloch, author of Psycho. The novel, originally published in 1959 and the basis of Alfred Hitchcock’s movie, is considered a classic in the genre.

Robert Bloch, in common with the other authors in this series—Stephen King, Ray Bradbury, Philip K. Dick and Jack Williamson also had a personal connection with L. Ron Hubbard and his psychological thriller, Fear.

Psycho’s Backstory: the “Butcher of Plainfield”

Photo of Ed Gein, the “Butcher of Plainfield”

Robert Bloch lived in Wisconsin, only 35 miles from a shocking murderer, Ed Gein, who was arrested in 1957 for killing two women. What made these murders so horrifying are the discoveries the police made in Gein’s home. There they found furniture, silverware and even clothing made of human skin and body parts giving plenty of reasons to call him the “Butcher of Plainfield.”

Although Bloch didn’t know much about Ed Gein, Psycho had a similar backstory. That is, it’s about a man who lives all his life in a small community and outwardly appears normal but hidden from view, he is a killer. In this regard, Robert Bloch’s protagonist, Norman Bates, was much like Gein. On that point, Bloch realized, “I’d discovered how closely the imaginary character I’d created resembled the real Ed Gein both in overt act and apparent motivation.”

In a November 1985 Fangoria interview, Bloch attributed Psycho’s long-term impact and ability to frighten to “the distressing notion that perhaps a boy’s best friend may not necessarily be his mother, and the overall message that we may not always know our neighbors as well as we think we do; the most commonplace people in commonplace surroundings can sometimes offer unexpected menace.” 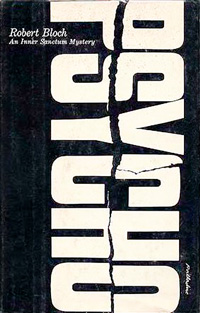 1. Psycho was Robert Bloch’s seventh novel. It took him only six weeks to write it in 1958.

2. A younger looking Norman Bates (Anthony Perkins) was cast in the movie version. Bloch wholeheartedly agreed with Hitchcock on his selection as the older, less attractive man described in the book would immediately be the suspected villain in the film.

3. When Hitchcock acquired the rights to the novel, he reportedly had his long-time assistant Peggy Robertson buy up copies of the book to preserve the novel’s surprises.

4. The original book cover was designed by Tony Palladino. When Alfred Hitchcock bought the movie rights, he also bought the rights to the cover design and used it as the logo for the movie.

5. In addition to writing books, Robert Bloch was also a radio drama scriptwriter and producer. In 1945 he co-created and wrote 39 15-minute radio program episodes called “Stay Tuned for Terror.” Many of these episodes were adaptations of his own pulp fiction stories. Unfortunately, none of these programs still exist.

L. Ron Hubbard and Robert Bloch were part of the crew of writers who wrote for John W. Campbell’s fantasy magazine, Unknown. Ron reminisces on his friendship with his fellow writers and illustrators in his article “By L. Ron Hubbard” published in the L. Ron Hubbard Series, Writer: The Shaping of Popular Fiction.

“The petty squabbles, the friendly enmities.

“I look back now and love them all.

As it were, both had their short stories published in the 1963 anthology of fantasy fiction stories from Unknown entitled Hell Hath Fury which included Ron Hubbard’s “The Devil’s Rescue” and Bloch’s “The Cloak.”

Both Fear and Psycho are psychological thrillers and each has a shocking protagonist who has gone mad but in two completely different settings and circumstances.

You may also be interested in the following articles:

Heroes: The Force that Drives Sci-Fi

The Story Behind Jack Williamson’s “With Folded Hands”

Was It a Mistake to Broadcast Earth Coordinates on Voyager?
Scroll to top