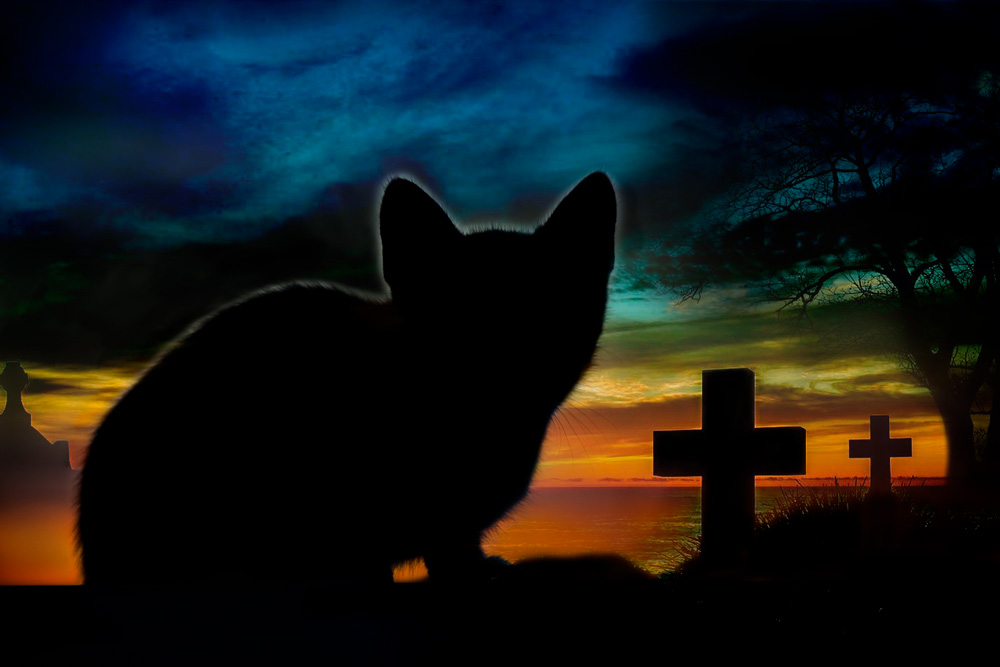 With Halloween around the corner, the next blog in the “What Inspired These Authors” series is dedicated to Stephen King and the writing of Pet Sematary.

The apparent misspelling of “cemetery” in the title was intentional. As it happened, the children who created the real pet cemetery behind King’s house wrote “Pet Sematary” on the sign. Based on this, King adopted it as the final title for the book.

Some believe that King came up with the idea for Pet Sematary when he was staying at the Stanley Hotel in Estes Park, Colorado. Down the hill from the hotel was a discrete pet cemetery. While his stay there wholly inspired him to write The Shining, it was not the inspiration behind Pet Sematary. According to Stephen King’s website, the backstory is based on two incidents in his life:

“In early 1979, Stephen was serving as a writer-in-residence at the University of Maine at Orono and living in a rented house in nearby Orrington that bordered a major truck route which frequently claimed the lives of dogs and cats. In the woods behind his house, local children had created an informal pet cemetery. One day, his daughter’s cat, Smuckey, was killed by a passing truck. Stephen was faced with the task of burying the cat in the pet cemetery and then explaining to his daughter what had happened.

“It was on the third day after the burial that the idea for a novel came to him. He wondered what would happen if a young family were to lose their daughter’s cat to a passing truck, and the father rather than tell his daughter, were to bury the cat in a pet cemetery. And what would happen if the cat were to return the next day, alive but fundamentally different. ‘I can remember crossing the road, and thinking that the cat had been killed in the road─and (I thought) what if a kid died in that road? And we had had this experience with Owen running toward the road, where I had just grabbed him and pulled him back. And the two things just came together─on one side of this two-lane highway was the idea of what if the cat came back, and on the other side of the highway was what if the kid came back─so that when I reached the other side, I had been galvanized by the idea, but not in any melodramatic way. I knew immediately that it was a novel.’

“After dreaming that night of a reanimated corpse walking up and down the road outside of the house, he began to think about funerals, and the modern customs surrounding death and burial.”

Stephen King had this to say: “L. Ron Hubbard’s Fear is one of the few books in the chiller genre which actually merits employment of the overworked adjective ‘classic,’ as in ‘This is a classic tale of creeping, surreal menace and horror.’ If you’re not averse to a case of the cold chills─a rather bad one─and you’ve never read Fear, I urge you to do so. Don’t even wait for a dark and stormy night. This is one of the really really good ones.”

That makes at least two books, Pet Sematary and Fear that scared the “King of Horror” himself. Now imagine just how much these might scare you on a dark Spooctober night. Good reading.

What Inspired Philip K. Dick to Write “Do Androids Dream of Electric ...