Or just wanting to sound more tough, hardheaded and cool when you claim innocence or prove guilt in the whodunit game?

In either case, you have come to the right place.

For in going through our own library for L. Ron Hubbard’s best detective novels and short stories, we found a wealth of 1930s slang and detective terms. The lingo from three detective stories is listed below.

Use of the Lingo

Take any of these expressions and terms and use them in your dinner invitation, dinner program, on name tags and to caption your photos on social media. And if you are the event coordinator for your company staff event─use them in the report on the success of the dinner and entertainment. 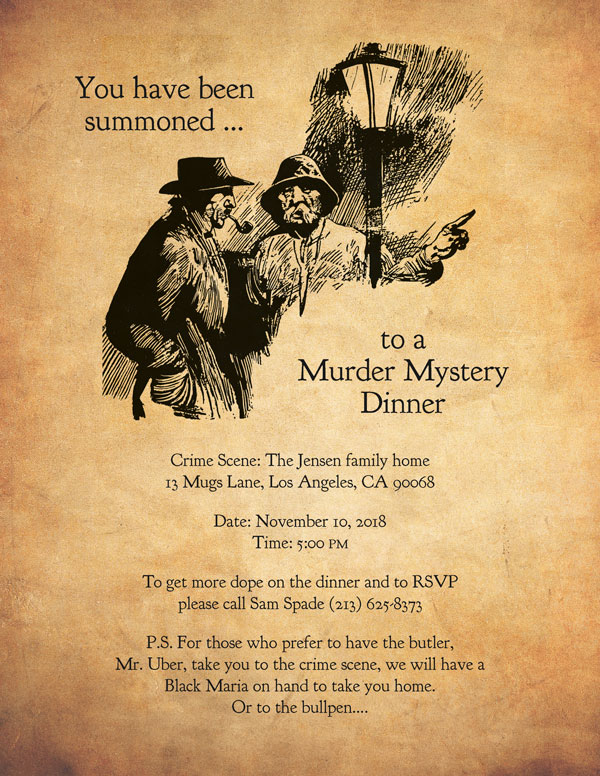 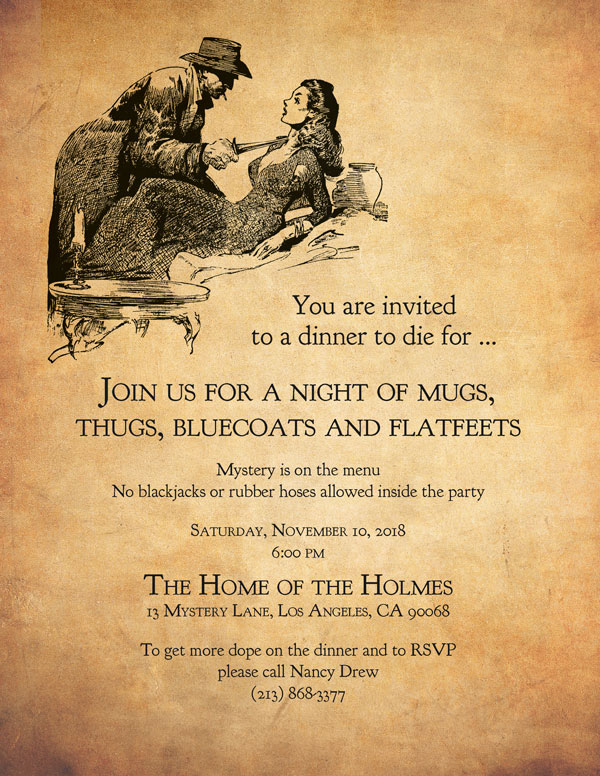 The list below does not include all the terms used by famous detectives, whether fictional or non-fictional from the 1930s era, but let it serve as just the right amount of spice to make your dinner a five-star event.

Included with each term or expression is an excerpt from the original murder mystery where it appeared, showing the rich use of these slang words to paint a picture in the reader’s mind.

The Carnival of Death

The story: Working deep undercover to break up a carnival drug ring, hard-boiled detective Bob Clark of the narcotics squad sets out to solve a bizarre series of decapitations, putting his own head at risk.

A blackjack smashed again and again into his body. Clark fought silently, his breath coming in great soundless gasps.

“Thank God!” croaked Morgan, seeming to breathe easier. “Aren’t you ever going to send for the State bulls?”

After all, how many times had his immediate superior said, “It’s a dumb dick that gets himself killed.” Clark didn’t want to be either dumb or dead. 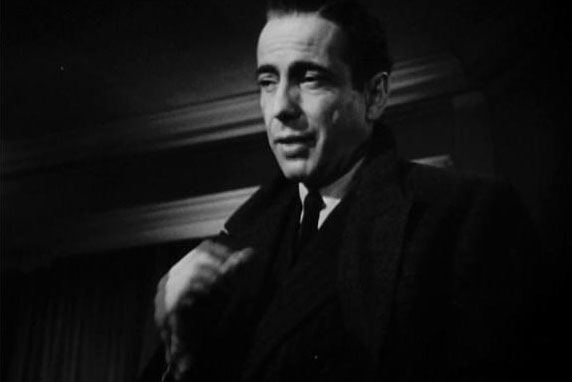 Henry Shreve knew that Bob Clark would never expose his hand until finis had been written to the case.

Clark was fighting with the cool deliberation of the trained boxer, but Jordson depended on slow haymakers which were easily dodged. And then, quite unexpectedly, the trainman slid out to his length on the floor, unconscious.

shoot one’s cuffs: lightly tugging on the coat sleeve, causing the white cuff of the shirt to pop out slightly. This term goes back to the late nineteenth century when the popular cuffs of the time were made of white linen and a thin layer of acetate that could be wiped clean with a damp cloth. One of the showy tricks of the day by a man concerned with his dress and appearance was to shoot his cuffs, making a sudden and showy display of cuffs beyond the jacket sleeves.

A bucket of water brought the trainman back to life, and when Morgan had taken him away, Shreve sat down and smiled at Clark. “That was what I call fast work.”

Clark shot his cuffs and grunted.

take it on the lam: to break loose and leave suddenly; flee; make a getaway.

“You’ll either take it on the lam,” rasped the short, white-haired one, “or I’ll kill you here and now.”

The story: When detective Tom Delaney’s father becomes a prime suspect in an arson/murder investigation, it looks like Tom could be the one who is going to get burned.

Delaney got to his feet and walked as rapidly as possible toward the sidewalk, watching the gathering crowd for a bluecoat. Someone opened the gate for him and then a policeman materialized with an amazed gasp.

“I’m not promising you birds anything. I don’t have to have your dope. I’ve got just about all I need right now. The big boy talked plenty fast.”

“Y’don’t like to be sapped, hey?” said Connely. “Serves you right, flatfoot.”

“You didn’t have to talk,” snapped Delaney, “but I’ve a dozen witnesses that you did. It’ll take more than a smart mouthpiece to clear you of this rap.” 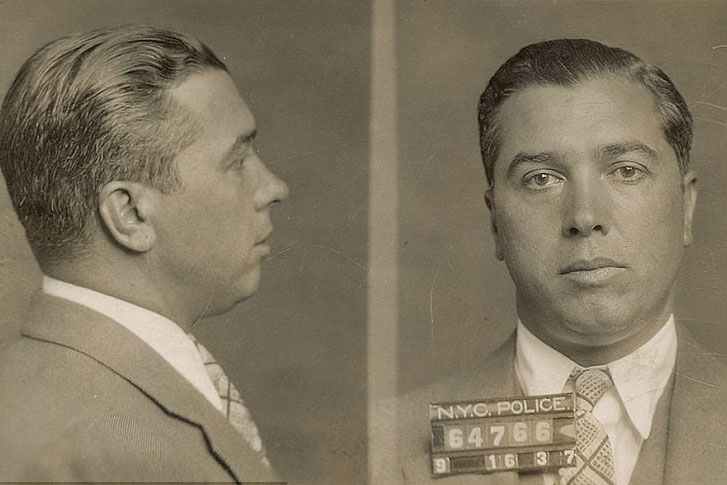 “Dobson!” shouted Delaney, and waited until Officer Dobson came. “Look after these two mugs, will you?”

rubber hose: a piece of hose made of rubber, used to beat people as a   form of torture or in order to obtain a full or partial confession and to elicit information. A rubber hose was used because its blows, while painful, leave only slight marks on the body of the person beaten.

“I’m going to take you birds with me,” said the detective. “I’ve got a little research to do, and after that we’ll go back to the station house and try out the rubber hose on you. I’ve got an idea that it’ll work.”

sapped: knocked out with a blackjack.

“Y’don’t like to be sapped, hey?” said Connely. “Serves you right, flatfoot.”

To find out more about the “Flame City” detective short story, click here.

They Killed Him Dead 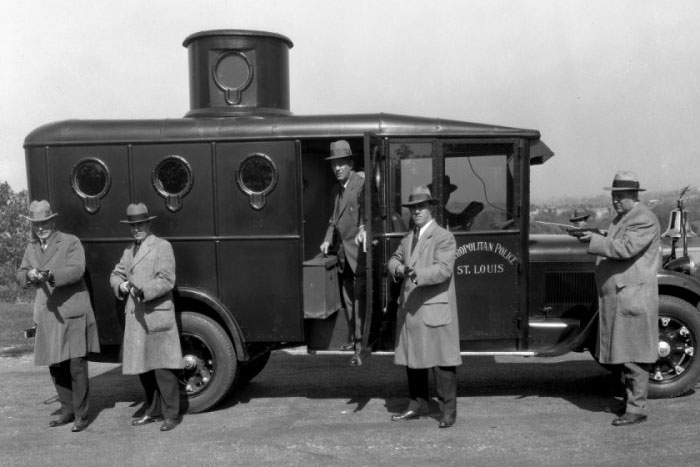 He called a wagon on the Greek’s phone, and soon the patrol arrived in the Black Maria, and the Greek was loaded in.

Careful Cassidy took out a pair of shining bracelets and deftly snapped them to the man’s wrists.

Cassidy patrolled the bullpen for five minutes. Five sets of eyes followed him anxiously. Finally Cassidy came to a decision in the case.

“My name, Officer, is Smith. I’m not the kind of fellow that goes around bumping guys off just for the fun of it.”

“Hm, hmm, hmmm,” scowled Cassidy. “I get the Parsons’ killer dead to rights. I get the Sanderson case open and shut. I get those dead bankers all solved. I even turn the juice into the governor’s killer.”

To find out more about the detective short story “They Killed Him Dead,” click here.

These words and expressions will not only bring a unique hard-boiled detective flavor to your party, they will also amuse and enlighten you and your guests on an era of tough guys, dangerous dames, fedoras, bootleggers, and organized crime.

And should you wish to escape into that world, you are again invited to download The Carnival of Death—for free!

The Making of “Fear”

I Don’t See Any Aliens

Military Science Fiction: Rayguns, Rocketships, and a Dash of Gold
Scroll to top