You are here: Home1 / Blog2 / Battlefield Earth3 / Speculative Fiction: Why bother with it?

Speculative Fiction: Why bother with it?

Why bother with it? H.G. Wells, Jonathon Swift, Jules Verne, and a few others already covered the whole batch. Man into monster comes from Frankenstein. Any zombie book is a retelling of Dracula. The folly of pushing the boundaries of science? Wells already told that story in The Invisible Man. Discovering the evil in humanity by ingesting pharmaceuticals was done in Dr. Jekyll and Mr. Hyde. Selling your soul for success? Oscar Wilde beat you to it in the Picture of Dorian Gray. If you want to poke fun of important people, don’t bother, it’s been done very well in Jonathon Swift’s satire. The best you can hope for is to mix these themes together. Frankenstein plus Wells’ Time Machine equals Terminator. War of the Worlds (Wells) plus Norse myths equals half a dozen Marvel movies. And if you want to be really ambitious, you mix it up all and stick them in Middle Earth and call it Lord of the Rings.

So go home, give up speculative fiction, and watch a cooking show.

Still there? Okay, there is one way to enjoy these stories even though they have been worn to a nub.

How does the author view the subject?

That is the secret of all great stories from the Gospel of St. John to Homer to Stephen King to L. Ron Hubbard.

If you want to read about science, go pick up a textbook.

If you want to read how people react to science, read science fiction. Specifically, read Ron. 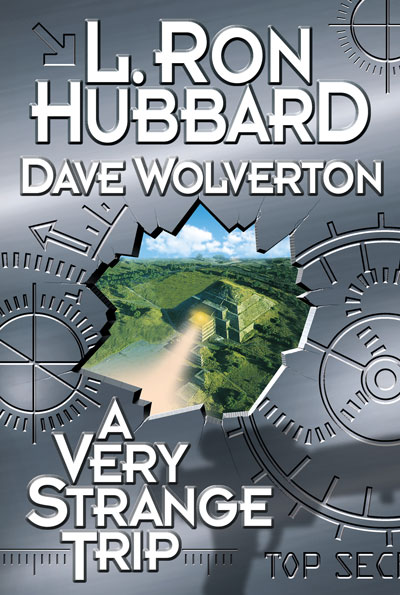 A Very Strange Trip by L. Ron Hubbard, The Time Machine by H.G. Wells, and Somewhere in Time, a movie with Christopher Reeves, are all about time travel. Why should I watch or read all three when you can save time and watch only one of them?

Wells’ hero is interested in exploring time as a scientist. He can’t wait to return to his laboratory so he can record his adventures of cannibal zombies who chase the winsome future females and the walls of molten lava that almost engulfed him. Then he’d sit in the drawing-room with a room full of snooty cigar-smoking colleagues and guffaw the night away.

Reeves scours time for romance. Of course, Jane Seymour might be worth traveling backward a hundred years.

The hero of A Very Strange Trip falls into adventure accidentally. Literally falls against a lever on the Soviet time machine. He is a reluctant hero who is pulled along from adventure to adventure by three reckless, hard-drinking, and beautiful Native American women.

Each of these time travel books takes a different perspective.

Viewpoint makes stories. How do you view what is happening? Is the museum a fascinating journey through sculpture and invention or a drafty place with marble floors that you have to endure with your wife until you can go watch the football game?

How do you go about saving the world? Do you get patriotic like our heroes did in Independence Day, or fatalistic like Terminator 2, or just save the darn thing and have a blast while doing it like in The Fifth Element?

Great stories are always about people.

Some writers go on for chapters describing the angst of its characters. Oscar Wilde did this brilliantly in the psychological horror story, The Picture of Dorian Gray. L. Ron Hubbard had a knack for drawing a reader into the character’s viewpoint with a minimum of description.

A hero has to have a viewpoint. And the writer’s job is to get the reader interested in that viewpoint. 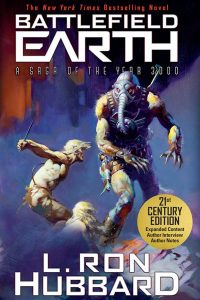 In Battlefield Earth, we learn about Jonnie Goodboy Tyler through his actions. When confronted by a forty-foot alien metal contraption, Ron sums up quickly what kind of person Jonnie is.

He attacks the machine on horseback with a wooden club.

He is one of my favorite characters. If you have not yet read this sci-fi book (classic), read the first 13 chapters or listen to the first hour free, and you’ll see for yourself.

The hero of A Very Strange Trip just wants to get back to his time and avoid trouble with his superior officers.

Can you see yourself as the character? What would you do if you found yourself in possession of a time machine, even one that was difficult to control? Would you be terrified? Use it to make money? Change the outcome of the 1986 World Series? Warn people who were about to embark on the Titanic? Sit at the feet of Jesus or Aristotle or Newton so you could ask them questions? Slug the bully who stole your dime in fourth grade?

This hero is afraid of all the trouble he might have gotten himself into.

And magic! We have the treatment of science from a viewpoint.

Your Favorite Character: How Do They Handle the Story Problem?

Scarlet O’Hara from Gone with the Wind would have used the machine to seduce Ashley Wilkes. Ishmael in Moby Dick would have taken one look at Captain Ahab and waited for the next whaling vessel. Gandalf in Lord of the Rings would have thrown the Ring of Power into Mount Doom ages ago.

Thankfully, Ron gave this reluctant hero his three aggressive companions to pull him into the adventure. It doesn’t hurt that he grows fond of all of them and is dumbstruck in love with one of them.

Why do we Care About the Story?

Stories use themes that have been retold since the time caveman Grog sat around a fire and regaled the tribe with the adventure of how the pterodactyl ate poor old Blunk.

When we read about Jonnie Goodboy Tyler in Battlefield Earth, we hope he succeeds.

When we read about the hero of A Very Strange Trip, we know we can do better.

In the eyes of the characters, wondrous things are revealed.

Speculative fiction is a big family. Like blue eyes or male pattern baldness, the chromosomes of our sci-fi forefathers runs through our veins.

So, what is speculative fiction? More than just stories of other-worlds or the paranormal, it is how the story is told, how the author sees the world, and how much we care about the characters.

What was Ron’s view?

How do the grim Lieutenant in apocalyptic Europe in Final Blackout and the tormented professor from Fear and the bemused 1000-year-old hero in Old Doc Methuselah show us about Ron and how he looked at the world?

Ron loved people. He appreciated the guy from the diner who made his coffee in the morning and the gal from the laundry who ironed his shirts. He respected the old Indians on the plains and the sailor at the helm in a hurricane. In the opinion of this fan, this was his theme. People may succeed or they may fail. But there is good in them. And they try.

I have read novels since I was 12, and I declare here that Ron’s viewpoint is unique.

Read Ron. Be thrilled. And see the best of man.

Do you have a favorite fiction character? 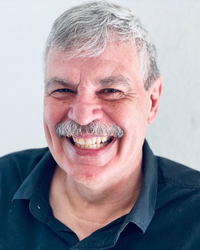 Jim Miner worked as a merchant seaman, cook, construction worker, cab driver, and was a small business owner until he settled into his dream job in the Buffalo Fire Department. 31 years later he retired as a chief officer. Now he spends his time writing novels. His first, Torch Light , has been published and is available from Amazon. He has been married for 38 years, has two children, and two grandchildren.