Galaxy Press is pleased to announce a partnership with Gazelle Book Services, Ltd in the United Kingdom to distribute its line of L. Ron Hubbard fiction works. “We created Galaxy Press in 2002 to oversee the publication and distribution of Mr. Hubbard’s works,” stated John Goodwin, President Galaxy Press, from his office in Los Angeles, California. “We look forward to making Mr. Hubbard’s works available throughout the United Kingdom with our newly created relationship with Gazelle Book Services,” he concluded.

The MD went on to note, “Battlefield Earth is an admired science fiction classic, and with the new Dune movie out soon, sci-fi fans will be looking for their next read.” Since its initial release in 1982, Battlefield Earth was a London Times bestseller and has sold over 4 million copies. The latest edition has expanded content containing an author interview published in the Rocky Mountain News shortly after the book’s initial release and a Discussion Guide.

The Writers of the Future Writing Contest, now in its 38th year, was initiated by L. Ron Hubbard to provide “a means for new and budding writers to have a chance for their creative efforts to be seen and acknowledged.” Based on its success, its sister contest, Illustrators of the Future, was created five years later to provide that same opportunity for the aspiring artist.

The over 500 past winners and published finalists of the Writing Contest have published over 1,800 novels and nearly 6,200 short stories. In addition, they have produced 33 New York Times bestsellers, and their works have sold over 60 million copies.

The 370 past winners of the Illustrating Contest have produced over 6,000 illustrations, 360 comic books, graced 624 books and albums with their art, and visually contributed to 68 TV shows and 40 major movies.

MD Blagden in making his announcement to UK booksellers offered, “If booksellers would like to receive a reading copy of either Battlefield Earth or Writers of the Future Volume 37, please let us know.” 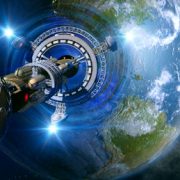 Jim Marrs Discusses: Is Earth Prepared for an Alien Invasion? 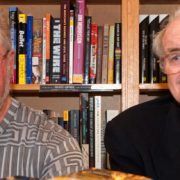 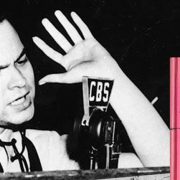 Little Known Facts from Man-Killers of the Air

Speculative Fiction: Why bother with it?
Scroll to top