Galaxy Press is pleased to announce its partnership with the University of Toronto Press in Canada to distribute its line of L. Ron Hubbard fiction works.

John Goodwin, President of Galaxy Press, from his office in Los Angeles, California, stated, “We created Galaxy Press in 2002 to oversee the publication and distribution of Mr. Hubbard’s works. We have had considerable success working with Canadian booksellers, and we now look forward to making Mr. Hubbard’s works available through our newly created relationship with the University of Toronto Press.”

Jason Farrell, Vice President of Distribution at University of Toronto Press, announced that “UTP is pleased to distribute the works of Galaxy Press to the Canadian market.” He went on, “We look forward to a long and productive relationship with Galaxy Press.”

“L. Ron Hubbard Presents Writers of the Future Volume 37” just released in Canada, with the entire series being successful throughout its nearly four-decades of discovering new talent. Dean of Canadian Science Fiction, Robert J. Sawyer, was a repeated Contest entrant at the start of his career before he was no longer qualified to enter having sold his first novel. He became a Contest judge in 2005. Canadian writer winners include James Alan Gardner in 1990, Stephen Kotowych and Tony Pi in 2007, Melissa Yuan-Innes in 2000, Sarah Totton in 2006, Natalka Roshak in 2018, and most recently, John Haas in 2019.

The Writers of the Future Writing Contest, now in its 38th year, was initiated by L. Ron Hubbard to provide “a means for new and budding writers to have a chance for their creative efforts to be seen and acknowledged.” Based on its success, its sister contest, Illustrators of the Future, was created five years later to provide that same opportunity for aspiring artists.

The past winners and finalists of the Writing Contest have written over 1,800 novels and nearly 6,200 short stories. In addition, they have produced 33 New York Times bestsellers, and their works have sold over 60 million copies.

The 370 past winners of the Illustrating Contest have produced over 6,000 illustrations, 360 comic books, graced 624 books and albums with their art, and visually contributed to 68 TV shows and 40 major movies.

For more information about the University of Toronto Press and the titles distributed, visit https://utorontopress.com/. 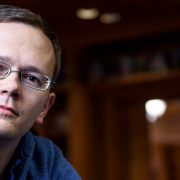 AudioFile Magazine Commemorates L. Ron Hubbard on the 10th Anniversary of Stories from the Golden Age

What If Sci Fi Writers Really Did Have It Right On Aliens?

Hats, Horseshoes and Rodeos. A Note on Superstitions of the Old West 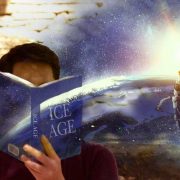 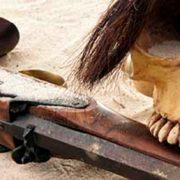 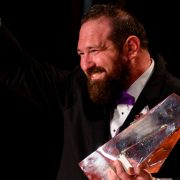 Writing the Future: Thoughts on the Writers of the Future Contest
0 replies

Speculative Fiction: Why bother with it?