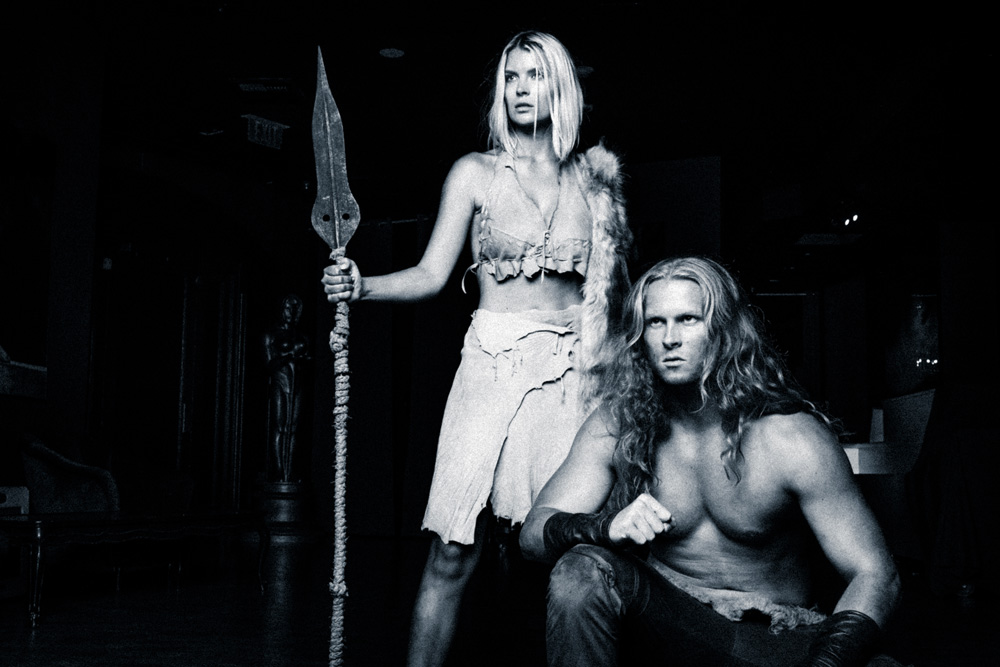 Epic heroes have been part of our culture since the beginning of recorded literature and probably longer. Their current popularity is evident in the blockbuster success of movies like the Avengers End Game, which topped any box-office success in history. Epic heroes, superheroes, true heroes, everyday heroes, and even unsung heroes, are at the core of inspiring stories and are often role models we aspire to. In this article, you will meet a few of L. Ron Hubbard’s timeless heroes.

What is an epic hero?

Let us start by defining what an epic hero is:

EPIC: long artistic works of heroic deeds, including books, poems, and films. Also used to describe a character who is heroic, grand in scale, impressive, or remarkable. The term derives from the ancient oral tradition of relating the adventures of legendary and heroic people or characters, originally from Greek epikos, from epos, meaning ‘word’ or ‘song.’

HERO: someone admired for their courage, noble qualities, or extraordinary accomplishments to the benefit of another or others. They are often idealized. The word comes from Greek hērōs.

What often makes a hero epic is the impossible struggle or evil villain they must vanquish:

STRUGGLE: the effort to attain or achieve a goal in the face of great resistance. This stems from Middle English.

EVIL: wicked, extremely immoral, and includes people or things that are harmful (destructive). The word comes from Old English.

VILLAIN: a character whose evil motives or actions are integral to the story. This word originally came from the Old French word vilein.

What makes a hero?

L. Ron Hubbard, through his literary career, created many memorable heroes. As he traveled the world and met many everyday heroes—real people exemplifying hero instinct—he was able to people his stories with real heroes doing extraordinary things to overcome impossible odds. They are men and women of integrity and honor who embody the characteristics of an epic hero.

Here are a few of Mr. Hubbard’s famous heroes, the evil villains intent on destroying them (or the world itself), their struggle, and hero quotes that give a sense of their heroism and why they have inspired readers through the decades.

Tom Bristol vs. Lord High Governor of Nevis in Under the Black Ensign

Tom Bristol, having been accused of being a traitor to the British and abandoned by pirates on a deserted island, is about to have a change of luck. He finds himself in the unexpected company of a fiery woman, rescues a slave ship, unsheathes his sword, raises a pirate flag of his own, and sets off to make love and war on the open seas in this nautical adventure, while the Lord High Governor of Nevis sentences him to 100 lashes with cat-o-nines and has posted spies in every port to bring Bristol to his brand of justice.

“These men are free men, not slaves. I don’t happen to be of your stamp, gentlemen. When I take lives I use a rapier, not the whipping post and starvation, and yet I am a pirate, while you and your brothers are supposed to be civilized beings.” —Tom Bristol

Anne is a courageous female hero who becomes a Chinese spy during the Second Sino (Chinese)-Japanese war in order to bring justice to a corrupt government. She teams up with Kurt Reid, who has been wrongly accused of murder. They are caught in a deadly web of intrigue, blackmail, and betrayal, where nothing is what it seems and everything is for sale. Mobilizing his military forces, the treacherous Lin Wang blackmails Reid and puts an unstoppable plan in motion to trap and torture Anne.

“Bah! You hate me, taisha, because I would have nothing to do with you and with none of your officers. You hate me, all of you, because I had too much power.” —Anne Carsten

(translation: a taisha is a Japanese colonel)

Jettero Heller is a combat engineer of the Voltarian fleet who accepts the mission of introducing technology to Earth to prevent the escalating pollution that is rendering the planet uninhabitable. The Mission Earth handler and evil villain, Soltan Gris, tells all in a confession of his sabotage of the mission. Earth is a world where political corruption is rife and corporate power rules. Where governments are controlled by drugs and driven by oil. Where global warming is getting hotter by the minute—and Jettero Heller is out to save the planet from itself.

“You will lose sleep. You will miss appointments. If you don’t force yourself to set it down and talk to your family from time to time, you may be looking for a new place to live. Reading The Invaders Plan is simply the most fun you can have by yourself.” —Orson Scott Card (Ender’s Game)

“The people are a lot of them very nice people. They do have rather odd leadership and seem to easily let themselves be led into false technologies. They have a thing called ‘psychology’ which is ridiculous. They even force school children to learn it. You won’t believe this, but they think matter created life. This somehow tends to make them immoral and without honor. I have to be careful in dealing with them to keep my own honor clean.” —Jettero Heller

Kit Kellan vs. the Arbiter in The Kingslayer

Kit was blackmailed into joining the People’s Revolutionary Society to be a kingslayer— assassin of the notorious Arbiter, the absolute power responsible for all of the world’s evil—which leads him on an epic adventure throughout the galaxy. Discovery of the true identity of the Arbiter—and Kit’s destiny—provides an ending of startling dimensions.

“An exciting novel of the future. One thrilling adventure to another, ending with a surprising climax. Highly recommended.” —Los Angeles Daily News

“My mission as a scientist is to benefit mankind. I can see no benefit arising from the tailoring of some hot blast to murder and cripple my fellow men.… No weapons.” —Kit Kellan

The Lieutenant vs. General Victor in Final Blackout

The lieutenant is a hardened military strategist and a charismatic leader of men. This is an alternate history science fiction classic, where World War II has led to World Wars III, IV, and V. In this devastated, post-apocalyptic landscape, marches this extraordinary soldier and his band of brothers. While the despotic General Victor and the narrow-minded high command strive to strip the lieutenant of his power, they cannot touch his honor—or his crack unit of warriors that remains fiercely loyal to him.

“As perfect a piece of science fiction as has ever been written.” —Robert A. Heinlein (Starship Troopers)

“The only good government is that government under which a people is busy and, as an individual, is valued for himself….

“I am neither a politician nor a statesman: I am a soldier. I know nothing of the chicanery which goes by the name of diplomacy. But I learned long ago that there is only one way to rule, and that is for the good of all.” —the Lieutenant

Ole Doc Methuselah is a Soldier of Light, an elite organization of the cosmos. With his razor-sharp scalpel, hypodermic needles, and doctor’s bag of tricks, he journeys to the far corners of the universe, vowing to cut out the corruption, confront the cruelty, and contain the warped psychology that plagues mankind, in the face of evil villains—like Captain Edouard Blanchard—who leave a wake of human wreckage in their path.

“Slavery is a nasty thing. It is an expensive thing. The cheapest slave costs far too much in dignity and decency. For men are created to do better things than enslave others.” —Ole Doc Methuselah

Johnny Trescott vs. Georges Coquelin in The Phantom Patrol

Johnny Trescott is a Chief Petty Officer for the Coast Guard. He is as smart, tough, and fearless as they come. But he’s about to lose everything—his boat, his freedom, and his identity. He is diverted from a drug-busting mission and risks it all to save a millionaire, a beautiful woman, and his reputation. Notorious drug trafficker Georges Coquelin kidnaps the lot of them and steals Trescott’s Coast Guard patrol boat, committing all manner of evil crimes in the guise of Trescott himself and will stop at nothing to protect his illicit trade. Meet this epic hero yourself by downloading the eBook for free.

“Nonstop action and a hero to root for.” —Publishers Weekly

“We’ll have to act quickly and trust to luck. Lord knows, if we don’t nail the outfit where they are now, they’ll be scattered through four points of the compass. There’s a hanging waiting for each and every one of them since kidnapping went out of fashion.” —Johnny Trescott

Jonnie, raised in a dying community at a time when Man is on the brink of extinction, ventures on a quest to discover a hidden evil and unlock the mystery of humanity’s demise. Almost immediately Jonnie is captured, tortured, and blackmailed by the 9 foot-tall, one-ton sadistic alien, Terl, the Security Chief assigned to Earth. Jonnie and a small band of survivors pit their quest for freedom in an all-out rebellion that erupts across the continents of Earth and the cosmic sprawl of the Psychlo empire in this epic military science fiction adventure, where the fate of the Galaxy lies on the battlefield of Earth. Join Jonnie in the battle by reading the first 13 chapters for free.

“It is a masterpiece of popular science fiction.” —Brandon Sanderson (The Way of Kings)

“I know that your economics are geared to war. I know that you consider the best way to get rid of excess population, which you feel you all have, is to engage in war.

“But in wars, one or another of the combatants is going to lose. Each one feels that it could not be he. But there is an even chance it will be.

“So, in declaring peace, we are only protecting you from each other.…

“There are other ways of handling economies. You could phase every war industry you have over to what is called ‘consumer production.’ You make things for the people. The people are employed. They make things for one another. Your people are your best market for your industries.…

“You have a golden chance here to herald an age of prosperity and plenty!” —Jonnie Goodboy Tyler

A white man raised by the Blackfeet—Yellow Hair—undertakes a treacherous adventure across the uncharted wilderness in this historical fiction adventure of 1806. This is the story of a proud, courageous man pushed to the limits of endurance by the treacherous and lawless Alexander McGlincy and his crew of bullies, and of a country on the edge of a bloody conflict that will change it forever.

“An enthusiasm, even a freshness and sparkle, decidedly rare in this type of romance.” —New York Times

“Through a queer trick of Old Man I have a white face and light hair. I can get through to this great White Father and tell him that if he does not behave the Pikunis will assemble their three strong arms and wipe him from the Earth.” —Yellow Hair

Now that we have shared a few of Mr. Hubbard’s epic heroes and their inspiring stories, we’d like to know who some of your favorite heroes are and why they inspire you. Feel free to also share what you think about those above (and maybe which is your favorite). And if you are not yet familiar with any of them, be sure to download the first 13 chapters of Battlefield Earth to join Jonnie in his battle to save humanity from extinction.

Here is a short video of epic heroes and legends through the ages that we thought you would enjoy:

Science Fiction Books and the Power of the Human Spirit