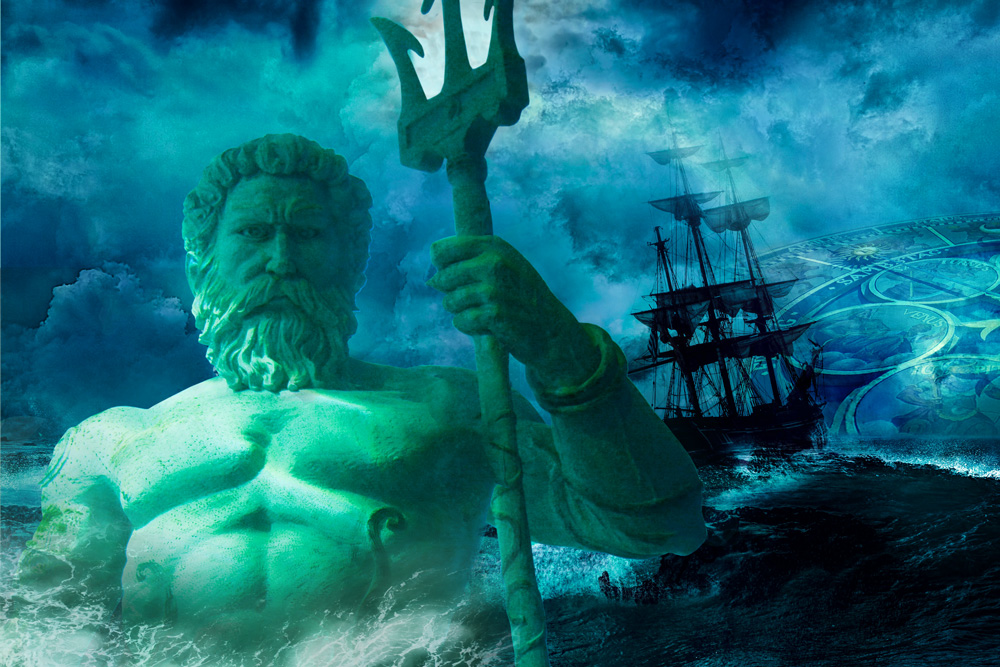 Modern fantasy authors have often been inspired by the wealth of folklore and mythology across many cultures, both current and ancient.

New York Times bestselling author L. Ron Hubbard, well-known for his science fiction and fantasy stories, had this to say about the fantasy genre, “‘Fantasy,’ so far as literature is concerned, is defined in the dictionary as ‘literary or dramatic fiction characterized by highly fanciful or supernatural elements.’ Even that is a bit limited as a definition.

“So fantasy could be called any fiction that takes up elements such as spiritualism, mythology, magic, divination, the supernatural, and so on. The Arabian Nights was a gathering together of the tales of many, many countries and civilizations—not just of Arabia as many believe. Its actual title was A Thousand and One Nights of Entertainment. It abounds with examples of fantasy fiction.”

After reviewing several examples of fantastic fiction stories inspired by folklore and mythology, we wanted to share how these bestselling authors have helped keep these great legends alive through writing must-read books that put readers on the edge of their seat: 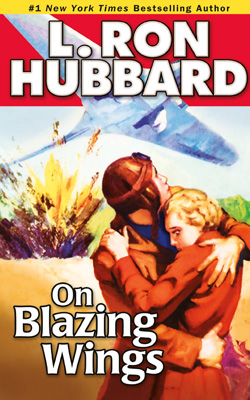 In the historical fantasy, On Blazing Wings, author L. Ron Hubbard takes you to Pohjola, where the hero finds himself between the veil of life and death after being shot down in battle, confronted by the Ruler of the Dead. David Duane is a courageous mercenary pilot hired to fight for Finland against Russia in the Winter War. In a world divided by war, Duane discovers that sometimes one has to make a choice and that making the wrong choice could cost him the woman he loves… Combining Finnish Mythology and historical fiction into one of the greatest love stories.

Finnish folklore includes Pohjola, a mythological home of women whom the male heroes, from the land of Kleve, seek as wives. Finnish mythology considered the foundation of the world pillar, the root of the “world tree”, was located just over the northern horizon, in Pohjola.

Research was one of L. Ron Hubbard’s hallmarks and as a commentary on the accuracy of On Blazing Wings, the story was reprinted in Swedish in 1954 for distribution in the Nordic world—the very setting of the story itself. Download and read this story for free.

Percy Jackson and the Olympians In the Percy Jackson series, New York Times bestselling author Ric Riordan brings Greek mythology to life in the modern world. Mythological monsters and the gods of Mount Olympus seem to be walking straight out of the pages of Percy’s Greek mythology textbook and into his life. He discovers that he is the son of Poseidon. Throughout this fantastic fiction series, many of the Greek gods and legends come to life in one of the best-selling young adult fantasy series of our time.

Poseidon is the Greek God of the sea, earthquakes, and horses. He was thought to be one of the most bad-tempered of the Olympian gods. Sailors prayed to Poseidon for a safe voyage, sometimes drowning horses as a sacrifice. The Roman mythology equivalent is the god Neptune.

International bestselling author Tim Powers’ Anubis Gates features Anubis, from Egyptian mythology. While on a time-traveling tour, William Ashbless poetry expert, Brendan Doyle becomes marooned in Regency London, where dark and dangerous forces know about the gates in time. Caught up in the intrigue between rival bands of beggars, pursued by Egyptian sorcerers, and befriended by Samuel Taylor Coleridge, Doyle somehow survives and learns more about the mysterious Ashbless than he could ever have imagined possible…

Anubis, God of the dead in Egyptian mythology, was often portrayed in full animal form, with a “jackal” head and body. It has been deduced that a jackal image was used for the god protecting the dead, as it is believed that graves at the time were often found desecrated by dogs, therefore a jackal would be the most effective defense.

Bestselling author Anne Fortier tells this story through characters of both the modern and ancient Amazons in The Lost Sisterhood. The Lost Sisterhood is an adventure of two women on parallel journeys, separated by time, who must fight to keep the lives and legacy of the Amazons from being lost forever.

Amazons were female warriors in Greek mythology. Amazons were daughters of Ares (Greek god of war) and Harmonia (a nymph of the Akmonian Wood near Thermiskyra, the legendary town of the Amazons on the Black Sea coast). They were brutal and aggressive, and their main concern in life was war. 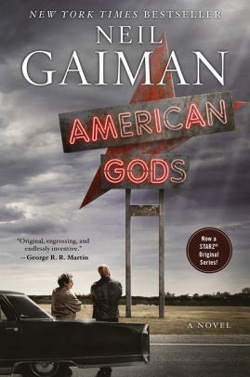 New York Times bestselling author Neil Gaiman’s American Gods is a blend of Americana, fantasy, and various strands of ancient and modern mythology, all centering on the mysterious and taciturn Shadow. Shadow is the bodyguard for Wednesday (an incarnation of the Norse God Odin), who is recruiting American manifestations of Old Gods, whose powers have diminished in direct ratio to their believers, to battle against the New American Gods—manifestations of modern life and technology.

Several of the American Gods’ key characters are directly from mythology: such as Wednesday; Mad Sweeney, a leprechaun, which is a fairy in Irish mythology; Easter, who is the Germanic Goddess Eostre; and a host of others. 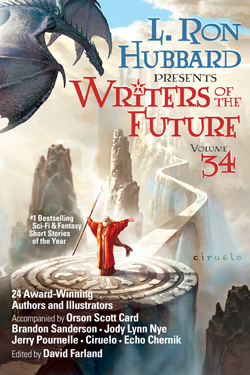 Award-winning author Vida Cruz’s winning story in Writers of the Future Volume 34, “Odd and Ugly,” takes the Philippine mythological creature of a kapre and weaves it into a modern day beauty and the beast story.

A kapre could be characterized as a tree giant. They are known to offer friendship and can be attracted to a woman. When a kapre befriends or loves someone, they are known to follow their “love interest” throughout life. A person befriended by a kapre has the ability to see it and when in contact with it, others can see it too. 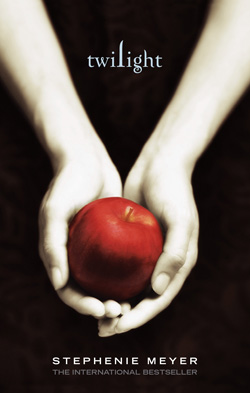 In the Twilight trilogy, New York Times bestselling author, Stephanie Meyer, brings two European folklore creatures, both vampires and werewolves, together in a romantic and suspenseful novel, focusing on the struggle between defying one’s instincts and satisfying one’s desires. This is a love story with bite.

Vampire creatures can be found in the folklore of many cultures. Hebrews, ancient Greeks, and Romans all had tales of demons and spirits which are considered precursors to modern vampires. Werewolves and wolf-like shape-shifting creatures can also be traced back to ancient Greek mythology and are found in early Roman and Latin literature too. 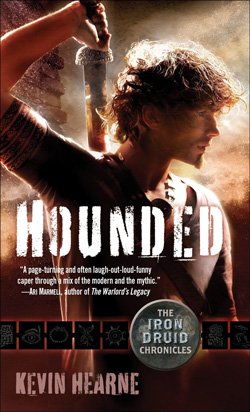 Hounded, by bestselling author Kevin Hearne, introduces Atticus O’Sullivan, last of the Druids, running an occult bookshop and shape-shifting in his spare time to hunt with his Irish wolfhound. He draws his power from the earth, possesses a sharp wit, and wields an even sharper magical sword known as Fragarach. With a host of other mythological creatures, he takes on a Celtic God who is determined to get his sword.

In Irish mythology, Fragarach, known as “The Answerer” or “The Retaliator,” was the sword of Manannan mac Lir (the Sea God in Irish mythology). With this magic sword at one’s throat, they can not tell a lie, thus the name “Answerer.” Its other powers include placing the wind at the user’s command, cutting through shields and walls, and fatally wounding those cut with it. Druids are part of Irish folklore as lords, kings, and high-ranking priest-counselors with assorted mystical abilities, such as predicting the future and acting as an intermediary with the gods. 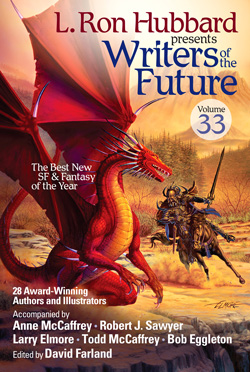 Award-winning author Sean Hazlett, wrote the short dark fantasy story “Adramelech,” in Writers of the Future Volume 33, where the demon takes control of an unwilling man to do his bidding, bringing this demon to life in a disturbing and unique dark fantasy.

The Book of Kings (volumes 11 and 12 of the Hebrew Bible and Old Testament), describe Adramelech as the God of “Sepharvaim” (a name given to “the two Sipparas,” an ancient double city in the Middle East). Adramelech is considered a demon in some traditions. He has been depicted with a human torso, a mule’s head, a peacock tail, and the limbs of a mule or peacock. Followers burned their children in fires as sacrifices to Adramelech. 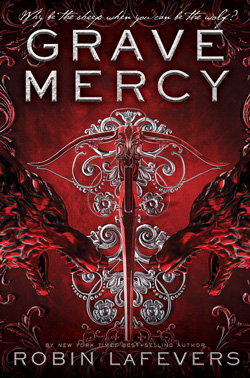 Bestselling author Robin LaFevers uses Celtic mythology in Grave Mercy. Young Ismae escapes from the brutality of an arranged marriage into the sanctuary of the convent of Saint Mortain (God of Death), where the sisters still serve the gods of old, and she comes to serve as a handmaiden to Death. She finds herself faced with an impossible assignment: to deliver Death’s vengeance upon a target who, against her will, has stolen her heart.

Saint Mortain as the God of Death, is the Celtic equivalent to Dis Pater (the Romanized Celtic God of Death). The Greek and Roman counterparts would be Pluto and Hades, but Dis Pater was tied to older beliefs that he influenced not only the underworld, but the entire cycle of life and death.

While fantasy fiction inspired by folklore and mythology is as varied as the authors who write them, fantastic fiction is one of the fastest growing genres of fiction. In a recent Forbes article, it was noted that Science Fiction and Fantasy sales have doubled since 2010.

Read L. Ron Hubbard’s On Blazing Wings to see for yourself why this is one of the fastest growing fiction genres. Click here to get it for free and sign up for our newsletters and specials.

Why Is It Not an Adventure Worth Telling If There Aren’t Any Dragons?