In a future where Mother Earth has cast her children to the distant stars to begin anew and colonize the cosmos, the planet remains depleted of natural resources. Its air polluted by caustic iron and belching smoke, Earth faces her last desperate days in the grip of global environmental collapse.

In one final and feeble effort, Earth’s Grand President Mankin musters the dregs of his fleet and sends three separate missions to the deepest reaches of space. Their mission: solicit help from far-flung colonial civilizations, or watch the planet die.

Also includes the science fiction adventures, “Battling Bolto,” the story of a giant, con man who’s running an interstellar scam, while the biggest trick of all lies right under his nose; and “Tough Old Man,” in which an aging constable’s lack of feelings is not a matter of insensitivity, but of a secret—and surprising—side of his character. 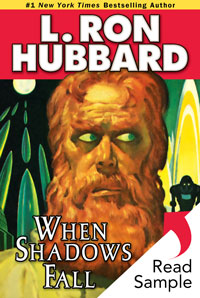 alpha: first in order of brightness.

ballyhoo: to attract the attention of customers by raising a clamor. The ballyhoo is a sophisticated “commercial,” usually illustrated with quick appearances by the performers given to draw a crowd to see a show.

bead, drawing a rifle: variation of “to draw a bead on”; taking aim at. This term alludes to the bead, a small metal knob on a firearm used as a front sight.

chilblain: inflammation, followed by itchy irritation on hands, feet or ears that have been exposed to moist cold.

coming over or come over: deceiving or taking advantage of someone.

gibbous: of the moon, between the half-moon and the full moon.

golblamed: goddamned; used as an expression of anger, disgust, etc.

horizon blue and gold: a uniform; a field uniform the color of horizon blue, a variable color averaging a light greenish blue to blue, with gold buttons.

hummocks: ridges or hills of ice in an ice field.

ill-starred: doomed to end in failure or disaster.

mean: inferior in grade or quality.

patch on, isn’t a: to not be as good as someone or something else.

plugged: (of a coin) with the center removed and replaced with a worthless metal.

proof: 1. tested or proved strength, as of armor. 2. capable of resisting harm, injury or damage.

quarters, at: at a proper or assigned station or place, as for officers and crew on a warship.