“And then there came a day when Earth lay dying, for planets also die.” —L. Ron Hubbard, the opening line of When Shadows Fall

Is the world ending with the dying of our planet? You may ask why would we take up such a grim topic.

Threats of global warming and climate change continue to dominate the media, especially in light of environmental disasters—droughts, hurricanes, and blizzards—over the last several years. This is a hot topic and one that has been warned of in science fiction for decades. 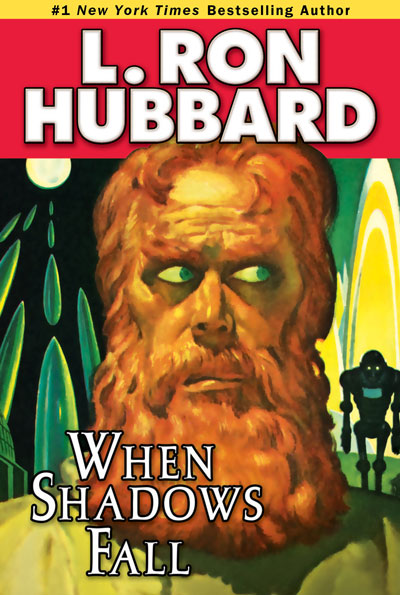 When L. Ron Hubbard wrote the post-apocalyptic science fiction story When Shadows Fall, this was his description of Earth: “About her crept a ghost of atmosphere, the body eaten full away by iron rust and belching smoke until the plains, stretching wide, were sickly red, and no green showed from range to range and pole to pole. As red as Mars, she was—dead, or nearly so.” This warns of a future Earth long after the effects of global warming and various pollutants have ravaged the landscape. To learn more about Mr. Hubbard and his fiction works click here.

We took a deeper look into the climate change debate: those who insist the concern is a fake vs. those who claim to have found the causes of climate change and consider it a very real threat to the survival of Earth and its inhabitants—warning that we are heading toward the post-apocalyptic world described by Mr. Hubbard in this science fiction book.

Live Science put out an article on global warming with the intention of clarifying the facts, causes, and effects. The term is used to describe the increase in the average temperature of the Earth’s oceans and atmosphere—a change thought to be permanently changing the climate.

This is where the climate change debate arises, and some consider the concern a hoax.

However, there are climate scientists who agree the planet is warming, based on the fact that the average temperature of the planet has risen between 0.4 and 0.8 °C over the past 100 years. This graph was published by NASA to show the increase of carbon dioxide (CO2), which is a heat-trapping gas:

Skeptical Science has published several articles to rebut global warming misinformation and explain climate change science. They promote that scientific skepticism is healthy and their site challenges global warming arguments. If scientists always challenge themselves to improve their understanding and study their peers’ scientific literature, there will be better results.

It is believed that the increased volume of gases released by the burning of fossil fuels, land clearing, agriculture, and other human activities are the most impinging factors over the last half a century. However, per the National Geographic study on climate change, human activity isn’t the only factor involved: variations in solar radiation from sunspots, solar wind, volcanic eruptions, and the Earth’s position relative to the sun all have an impact. Large-scale weather patterns such as El Niño, also influence the climate.

The climate change predictions released by the Intergovernmental Panel on Climate are that the average global temperatures could increase between 1.4 and 5.8 °C by the year 2100. This could increase the occurrence and severity of storms and other environmental disasters, and raise sea levels due to the melting of the polar ice caps. Here is a short video created by National Geographic that portrays the concern:

Is the world ending? And more importantly, can something be done about it?

Taking a look at the science fiction story When Shadows Fall, the problem of the dying Earth was approached by firing out three missions to different parts of the galaxy. Each using different methods to obtain the support they desperately needed—each with the fate of Mother Earth in their hands:

First, there was Lars, who attempts to rally the needed support from their colonies using hope, inspiration, and the memory of better days. He is willing to try even though the odds are unlikely, and he may just be “dreaming” that success is possible or that Earth can be salvaged.

Then there is Smit, a brutish man intent on using force, who attempts to demand the colonies provide the needed support to restore life to Earth.

Lastly, there is Greto, who uses a wily approach to exploit the colonies through inflicting taxes.

While there are many real-life examples of these differing approaches to global warming and climate change, you will need to read the book to find out what happens in this science fiction parallel and to see the impact science fiction can have on addressing real problems.

There are actions we can all take to ensure the world does not end. We found resources created by people doing something about climate change who have come up with solutions on a personal and international level:

Let us know how you feel about global warming and share what you are doing to prevent the post-apocalyptic Earth that so many science fiction authors warn of.