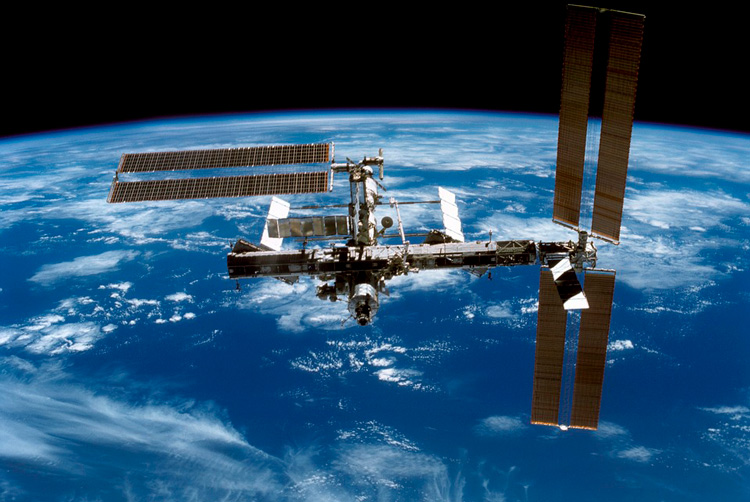 Science fiction—earlier termed fantastic fiction and later speculative fiction for its probing multi-sided search of the world of “What If?”—has anticipated major developments in science and technology for decades.

Concepts now gaining widespread scientific recognition—ranging from microchip implants, robot drones and teleportation to the existence of other planets at the rim of the observable universe—were initially conceived of and written about in short stories and novels decades ago by science fiction writers such as Philip K. Dick, Robert Heinlein, L. Ron Hubbard, Jules Verne and H.G. Wells, to name a few. To the general reading public, these were good books to read. But to aspiring scientists, engineers, and astronauts, such fantastic fiction was the fodder of dreams. 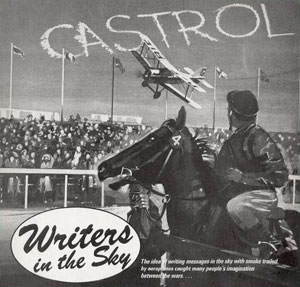 Castrol created the world’s first skywriting advertisement at the Epsom Derby in 1929.

In 1903, H.G. Wells wrote his short story “The Land Ironclads” where he predicted tanks that became fact in 1916.

And there are the science fiction stories that are only now becoming science fact.

In 1897, H.G. Wells, in his story The Invisible Man, originally serialized in Pearson’s Weekly, predicted making a person invisible. Only recently has this started to become science fact as in this video

In 1930, take the instance of Charles W. Diffin with his story “The Power and the Glory” where ray guns were postulated. While we don’t have “ray guns” per se, laser cannons do exist which you can see in this video.

In 1949, L. Ron Hubbard’s “Conquest of Space,” is a series of short stories published which, told from the future looking back, reveal that space was finally conquered by heroic individuals through privatization of space flight and the incredible risks they took to accomplish it. This is only now becoming science fact with the likes of Elon Musk (SpaceX), Richard Branson (Virgin Galactic) and Jeff Bezos (Blue Origin).

And what of the future?

That remains to be seen. But what we can say is that it will still be the inspiration from great books to be read by writers of the future.

Keynote speaker for the 2015 Writers of the Future Awards Ceremony, William Pomerantz, Vice President Special Projects Virgin Galactic, spoke to the annual winners about how science fiction provided his initial vision and it was again science fiction that enabled him to persevere in the realization of his dream of space flight. He stated,

Want to discover what fantastic fiction is inspiring tomorrow’s science fact? Dive in and read science fiction short stories and get a glimpse of the future.

Political Satire with a Supernatural Twist

Chronicle of the Old West Acknowledges L. Ron Hubbard on 80th Anniversary of...
Scroll to top