Detective-Sergeant Terry Lane investigates dual murders and discovers that the killers are already dead! Clue by clue, Lane unveils a plot involving Haitian voodoo and stumbles down a twisted trail towards the evil Dr. Leroux—and a possible fate worse than death.

Detective Terry Lane is a standout homicide cop who thought he’d seen it all … until now.

Lane has seen the darkest side of human behavior but he’s never seen a murder spree like this, targeting the wealthy, the powerful, and the privileged. For the evidence is clear: the killers have not emerged from the seamy underside of the city … but from six feet under it. They are the walking dead, spreading terror and showing no mercy.

Following a trail of drugs, blackmail, and the twisted clues of a seductive nightclub singer, Detective Lane will have to think outside the box … or he could end up inside one, buried alive.

“A rollicking horror yarn [that] taps into the current craze for zombies.… heart-pounding.” —Publishers Weekly 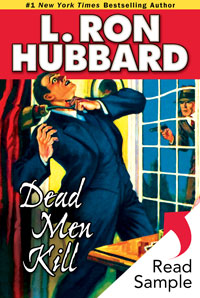 bead on, drawing a: taking careful aim at. This term alludes to the bead, a small metal knob on a firearm used as a front sight.

clubbed gun: a rifle, shotgun, etc., held by the barrel so as to use the stock as a club.

gourde: a paper money and monetary unit of Haiti.

proverbial straw: pertaining to the proverb (short popular saying): “A drowning man snatches at straws,” meaning a desperate person will try anything to save himself, no matter how unlikely.

spot: 1. to place or position on a particular place. 2. single out; pick out; identify.

swallowtails: the back part of a man’s fitted coat that descends in a pair of tapering skirts.

wee sma’s: wee small hours; the early hours of the morning, especially those just after midnight.

zombie: a reanimated human body devoid of consciousness; in voodoo, it is a dead person who has been revived by a voodoo priest, and remains under the control of the priest, since they have no will of their own.