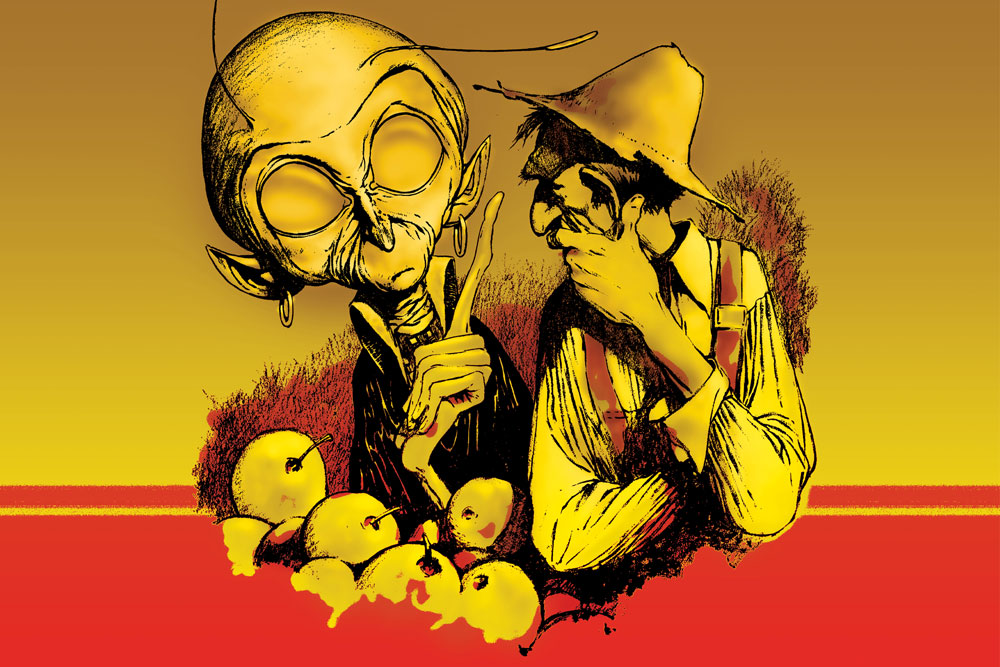 Political Satire with a Supernatural Twist

“The Crossroads” by L. Ron Hubbard is a political satire with a supernatural twist—in this fresh view of baffling government subsidy, as troubling today as it was during the Great Depression, one farmer encounters a strange crossroads and starts trading across the millennia.

CROSSROADS AND THE SUPERNATURAL

In this story, Mr. Hubbard uses “crossroads” metaphorically—as a point in time, not just a road intersection as we know it.

In the folk magic of many cultures, “the crossroads” means a location between the worlds and is a site where supernatural gods and spirits can be contacted and events of paranormal character take place (gods of crossroads and boundaries). It can also mean a place where two realms touch–neither here nor there or between:

For fans of fantasy stories with a touch of myth and legend, download a free eBook as our gift to you.

IS THIS REAL LIFE OR IS THIS JUST FANTASY 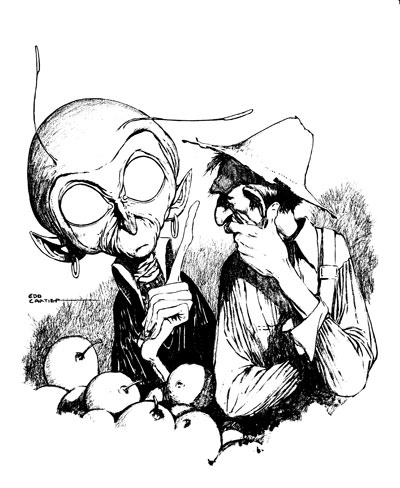 “The Crossroads” illustration by Edd Cartier

“The Crossroads” fantasy story is a humorous account of a farmer at a crossroads—in time—mixing folklore, the supernatural, and political satire.

Farmer Eben Smith is intent on bringing his crops to market despite his government’s attempt at subsidized farming−paying him to plow his crops under. Defying this illogic, Eben sets off for the big city to sell his crops when he encounters something equally strange—a crossroads in time. Eben decides to trade with anyone who shows up, trading his vegetables for brandy, gold, and guns with aliens, an elderly man, and military forces, satirizing real-life economics.

“The Crossroads” is firmly categorized in the fantasy genre, however, it crosses over to satire, defined as “a literary work holding up human vices and follies to ridicule or scorn.” —Miriam-Webster

It’s an original and satirical look at the absurdity of being paid to produce nothing, and a farmer’s quest to defy this bizarre government policy: subsidized farming.

Farmer Eben Smith deals with the same subsidy as the father of Major Major as satirized in Catch-22, by Joseph Heller, where he made a good living not growing alfalfa. “The more alfalfa he did not grow, the more money the government gave him, and he spent every penny he didn’t earn on new land to increase the amount of alfalfa he did not produce.”

Since the drought and the Great Depression, the U.S. government has subsidized farming to protect farmers against unpredicted weather and hardship and control the production of produce (the 1938 Agricultural Adjustment Act included paying some farmers to not produce to drive prices up). To this day, farm subsidies harvest $20 billion a year from taxpayers’ pockets. And that’s not fantasy—that’s a reality of where your taxes go.

L. Ron Hubbard in his later years reflected on the subject of satire when writing his Opus Magnum, Mission Earth:

“Satire is healthy stuff. It gets people to laugh at things they have been in awe or horror of.

“Laughter is the earliest therapy. When you can do nothing else you can always laugh.” —L. Ron Hubbard

THE CROSSROADS—LIVE AT THE L. RON HUBBARD THEATRE

The L. Ron Hubbard Theatre is at a crossroads: Hollywood Blvd. and Sycamore Street in the heart of Hollywood.

This is where humanoids and supernatural gods and spirits alike converged to immerse themselves in “The Crossroads.”

The theatrical performance was by a Hollywood cast to a live audience and streamed to tens of thousands of viewers online, making this Golden Age Radio Hour available worldwide. 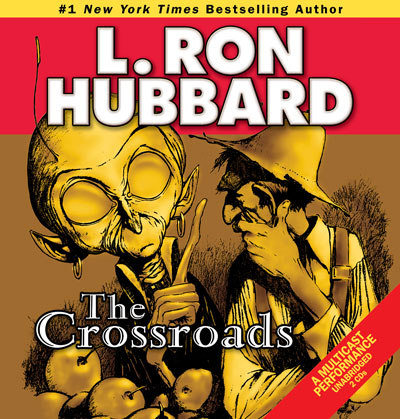 For more information on “The Crossroads” and the accompanying audiobook, visit the product page.

And for fantasy story fans, don’t forget to download this free eBook as our gift to you.

You also may be interested in these articles and resources:

Lesson Plan for “The Crossroads”

What Did Pirates Eat?

The Golden Age of Piracy
Scroll to top