“I grew up with old frontiersmen, [with] cowboys, and had an Indian medicine man as one of my best friends.”

L. Ron Hubbard loved the West. He understood the tradition and spirit of the American frontier that had ever infused the daily life of his Montana childhood. The tempo, color, and abundant textures of the formidable land and its rugged dwellers were part of his upbringing and forever part of his creative life.

L. Ron Hubbard’s western novel Branded Outlaw takes us back in time and reminds us of the guns that won the West.

In Branded Outlaw, Lee Weston is out for revenge. His father has been murdered, the family ranch burned to the ground, and he was left for dead after a fiery showdown in Pecos, New Mexico.

Manufactured in 1847, the Colt Walker was the largest black powder repeating handgun ever made (also known as the Walker Colt).

It is a heavy pistol, 4.5 lbs, and nearly 15 inches long. Its cartridges hold double the powder charge than a regular revolver. 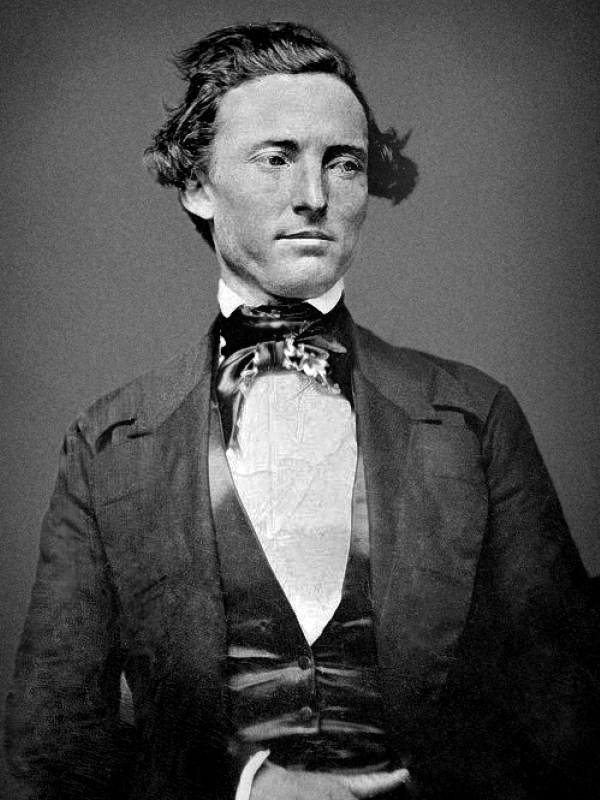 It was an extremely powerful gun to be carried in saddle-mounted holsters. It was, in fact, the most powerful revolver ever made until 1935.

Today, the Colt Walker revolvers are extremely rare, and one sold for nearly two million dollars—making it the most expensive firearm ever sold at an auction.

This gun was called the Equalizer, the Frontier, and the Peacemaker—because users were known to “settle disputes” with it. It was considered one of the best-designed guns of the era.

The 1851 Colt was primarily used in the Civil War. It was manufactured in Hartford, Connecticut, and the design was based on the earlier Colt Walker.

The well-known gunfighter Doc Holliday (1851–1887) received one of these guns from his uncle, who served in the war. Doc used his Colt in the gunfight with Wyatt Earp at the O.K. Corral (1881) in Tombstone, Arizona—one of the most iconic events of the American frontier.

While Doc Holliday was a gunslinger, he was admired because of his courage, skills, and loyalty to his friend and lawman, Wyatt Earp. Doc had the reputation as the deadliest and fastest man with a six-gun.

This large caliber pistol is a pocket-sized handgun named after Henry Deringer (1786–1868).

In 1825, Deringer designed and introduced this muzzle-loading, single-shot, large-bore pistol. A total of 15,000 guns were manufactured.

The most famous Derringer was used by John Wilkes Booth (1838–1865). Booth was a stage actor and a Confederate sympathizer who lamented the recent abolition of slavery in the United States. 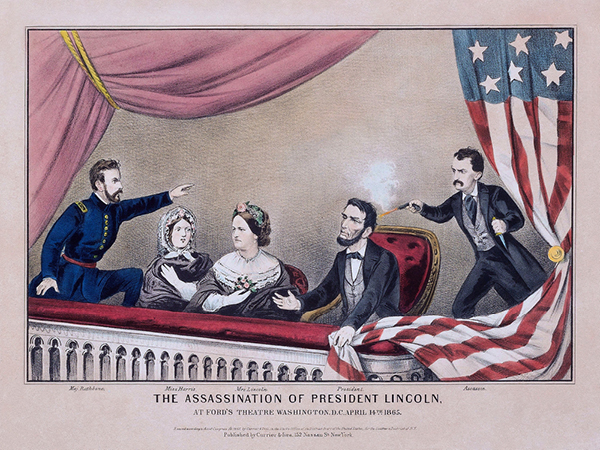 Infuriated by Lincoln’s speech and desperate to aid the dying Confederacy, Booth made his way into the presidential box at Ford’s Theatre in Washington, DC, and shot President Lincoln with a Derringer. 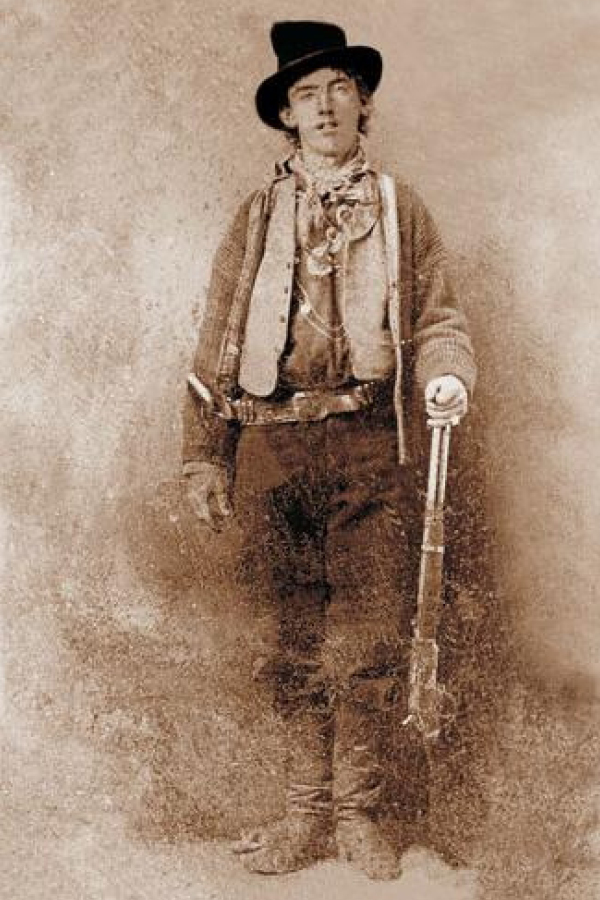 Billy the Kid with his trusted Winchester is pictured here.

One of the unique features of the Winchester 73 was that it fired the same ammunition as some handguns. This allowed a gunman to carry just one type of ammunition for both his Colt and Winchester firearms.

The famous Winchester 73 was so successful it was reintroduced into the market in 2013.

It is a well-known fact that George Armstrong Custer’s last stand was the lost battle at Little Bighorn against the Sioux and Cheyenne led by Sitting Bull and Crazy Horse on June 25, 1876.

Not so broadly known is that Custer’s troopers were armed with single-shot carbines, while many Indians had Winchester rifles—which could fire 15 bullets without reloading. 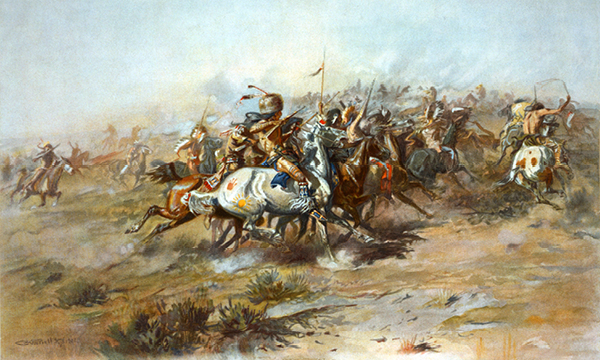 The Indians out-numbered the soldiers, and the massacre lasted less than an hour, with nearly all of Custer’s soldiers killed. 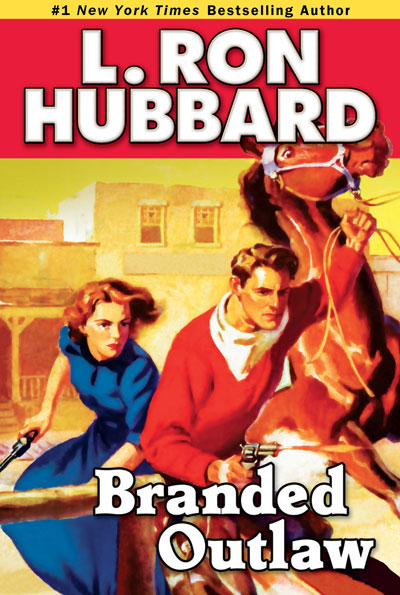 Take the law into your own hands, and you risk losing your grip on everything else—including your life. Lee Weston is quick tempered with a lot to be angry about.

His father murdered, his family ranch torched, he goes gunning for Harvey Dodge—the man who he’s convinced is the killer—and it’s Lee who ends up on the wrong side of the law. Shot in a gunfight, on the run and running out of time, he holes up in a mountain hideout and waits for death to come find him.

But he wakes up in the arms of a beautiful woman who beat death to his door and nursed him back to life. She’s the first and only woman he has ever fallen for, and her name is Ellen Dodge—Harvey’s daughter. Can a great loss lead to a great love? Can the search for revenge lead to redemption? The answers lie in the wild heart of the Wild West—in Branded Outlaw.

You will love this story of the Wild West because you’ll feel the heat and taste the dust of this authentic adventure.

Get your copy at Books a Million 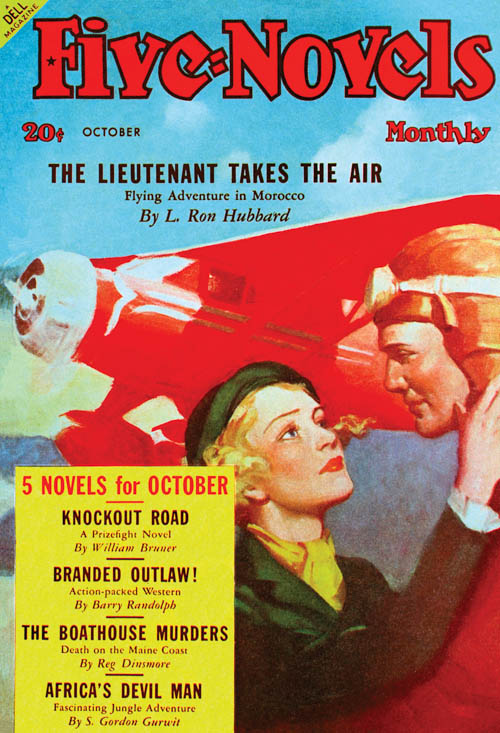 L. Ron Hubbard was so prolific, and his stories in demand, that he was occasionally published under a pseudonym to prevent his name from appearing more than once in a single issue of an all-fiction magazine.

Just such a scenario occurred in the October 1938 issue of the Five-Novels Monthly. TWO of the five novel-length stories were written by L. Ron Hubbard: The Lieutenant Takes the Sky and Branded Outlaw. Though Branded Outlaw was published under the byline Barry Randolph, it is clear from the action and authenticity of the story that it was L. Ron Hubbard behind the curtain pulling the levers.

Branded Outlaw is one of sixteen westerns L. Ron Hubbard wrote in 1938—all influenced by a foray into New Mexico to round out his research. His unsurpassed knowledge of the West originated in his years growing up—and riding on—the range.

Find out for yourself and read Branded Outlaw.

In the opening chapter of Branded Outlaw, Suicide Lee Weston buries his father, shoulders his Winchester, buckles on his colts, and starts his path of revenge:

“Lee Weston’s big hands clenched tightly around the handle of the spade. For a little while he could not continue and then, taking a breath that held the shudder of grief, he began to scoop thick red gumbo into the grave, covering the body of his father.

“It was done, and the two mesquite sticks he had tied together with a rawhide thong in the form of a cross cast their shadow across the raw, ugly earth.

“Lee Weston dropped the shovel and turned to walk with weary gait back to the heap of still-smoking ashes which had been his home. There was nothing left there. Not even the frame which had enclosed his mother’s picture had survived.

“As he stood staring at the broken corrals and the ashes where the barn had once stood, his hands strayed to the guns on either thigh and his palms went up and down against the walnut, as though they itched.”

Listen to a sample. Branded Outlaw is arguably one of the best western audiobooks with the feel of western old-time radio produced in HD quality.

“Any reader of pulps like Western Yarns, Western Aces, Western Action and The Rio Kid Western knew of a Hubbard who pounded his Remington typewriter, throwing a wide loop over the land of his beginnings.” —True West

“Plenty of action, blazing guns, and some romance here to capture the attention. The multicast narration is well done, and superior sound effects and musical interludes add to the suspense. The cover art is exquisitely designed.” —School Library Journal

“With the flair of a Louis L’Amour or Zane Grey.” —True West 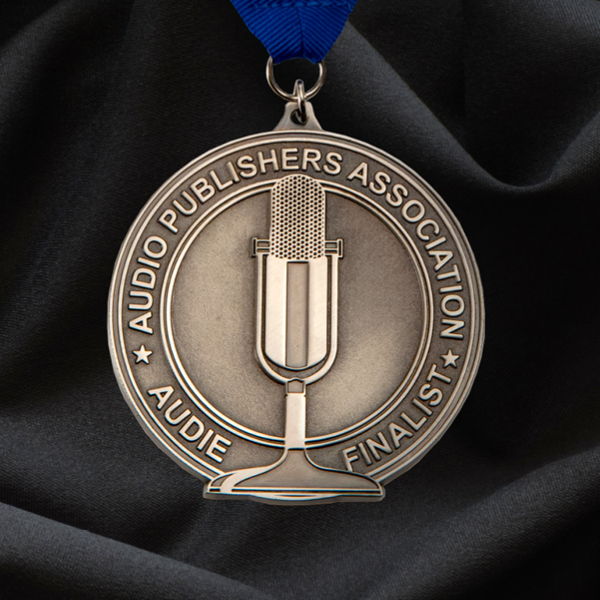 Branded Outlaw was an Audie Finalist for 2009. 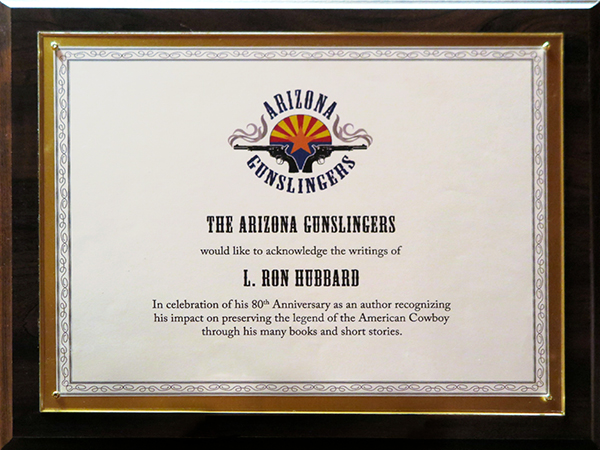 Branded Outlaw is recognized by the Arizona Gunslingers Association.

Elbows on the Table Interview with Suicide Lee Weston

Elbows on the Table features interviews with Lawrence Carpetburner and the characters of L. Ron Hubbard’s pulp fiction stories. In this rare interview, you will meet Suicide Lee Weston:

Lawrence Carpetburner interviews Harvey Dodge and gets his side of the story in Branded Outlaw.

Don’t forget to get your copy of Branded Outlaw today.

If you are new to L. Ron Hubbard’s westerns, download The Ghost Town Gun-Ghost  as our gift to you. It is a fun western short story about Old Pokey Mackay and a young gunslinger—just one step ahead of the law. They join forces to thwart a gang of outlaws who have plans of their own for the ghost town of Pioneer.

Other information and resources you may be interested in:

The Cowboy Era, and Why Their Legacy Matters

For more information about Doc Holliday, other famous gunslingers like Butch Cassidy & Billy the Kid, President Abraham Lincoln’s assassination at the Ford’s Theatre, Custer’s last stand also known as the Battle of the Little Big Horn, and more about the six-shooters, rifles, and other firearms used to tame the Old West.