You are here: Home1 / Blog2 / Western3 / The Cowboy Era and Why Their Legacy Matters Today

The saga of how the cowboy era won the heart and spirit of America and the entire world.

The legacy of the cowboy and the lore of the Old West lives on in the American culture because of the famous cowboys and the authors who immortalized them and the actors who made them real. The period of the Wild West was between the years 1865 and 1895—only 30 years! This was very brief for so many iconic characters that still serve as role models among American heroes.

There has never been anything to compare with the great western migration that began with the Louisiana Purchase in 1803. It was wide-open country, perfect for raising free-range cattle.

When the Mexicans left Texas (after the Americans took over), they left behind over 5 million longhorn cattle in 1865. There was a hungry market for beef in the North. If the ranchers could get their cattle there to these markets, they would fetch ten times what they were worth in the South. Huge ranches sprang up all across the West to round up, fatten, and herd them a thousand miles cross country to market in Abilene, Kansas, and other terminals.

What is a Cowboy? 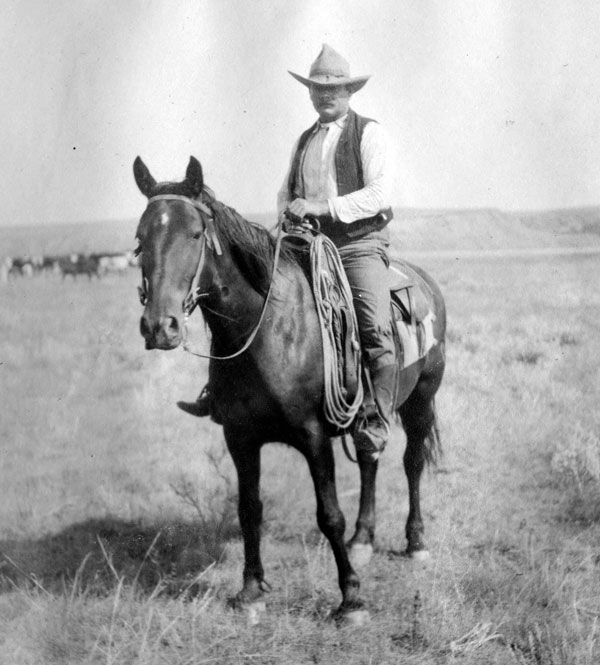 Or perhaps, the question should be “what do cowboys do?”

The cowboys in the 1800s rounded up and drove vast herds of longhorns to market. This was work for hardy young men who needed cash. The average cowboy in the West made about $25 to $40 a month. They were paid when the herd was sold. In addition to herding cattle, they also helped care for horses, repaired fences and buildings, and worked cattle drives of 1,500–2,500 head of cattle. These young men became tough and resilient. Most had little or no education and had grown up with the creed of survival of the fittest.

The cowboys exemplify those ideals that we consider best of our American heritage: our wit, adventurousness, courage, and wholesome goodness. Around this virile and powerful movement developed a philosophy that is summarized in the Code of the Cowboy (their code of honor).

Code of the Cowboy

Why is the Legendary Cowboy So Prominent in our History?

These legends of the West serve as role models of what a man should be: strong, tough, resilient, honest, uncompromising, and willing to fight for what he thinks is right. This persona is echoed in their code of honor. Regardless of how wild and reckless he may be, the overriding ethic of being a good man governs his basic instinct and conduct.

I have read cliffhangers all of my life. Though many writers are excellent, I winnowed my choices down to a few that I think are true winners. I will start with L. Ron Hubbard, who could write anything from science fiction to fantasy to Westerns. He is my all-time favorite author of many genres.

He grew up in Montana, rode his own horse, became blood-brother with the Blackfoot Indians, and understood the heartbeat of the West. He talks of Montana as a microcosm of the western frontier, an immense natural expanse that “swallows men up rather easily” and “its do-and-dare attitudes, its wry humor, cowboy pranks, and make-nothing of the worst and most dangerous.” 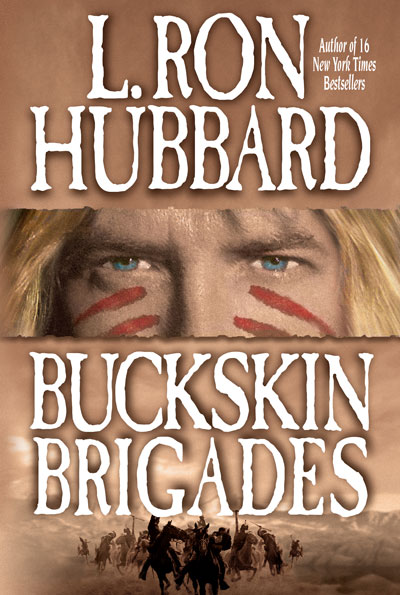 Most of the early western novels and movies were shoot ’em up “cowboys and Indians,” with cowboys fighting and winning against native Indians on the warpath. One of my favorite titles is Buckskin Brigades. It is a reversal of the era’s usual story—in this story, it is an Indian victory over the bad white man.

Buckskin Brigades is one of the earliest novels to take the American Indians’ point of view. In this book, there are no cowboys like those seen in movies, but for anyone who loves the Old West and the intensity of overcoming impossible odds to tame it, this book is a treasure.

The New York Times applauded him with this accolade: “Mr. Hubbard has reversed a time-honored formula and has given us a thriller to which, at the end of every chapter or so, another paleface bites the dust…his writing has an enthusiasm, even a freshness, and sparkle, decidedly rare in this type of romance.”

Also, Mr. Hubbard has a way of capturing the sense of humor in this era. A great example is this free eBook, The Ghost Town Gun-Ghost.

He wrote The No-Gun Gunhawk in 1936, 16 Westerns in 1938, and continued writing them through 1950 along with popular stories in a wide variety of genres and non-fiction on his old Remington manual typewriter. 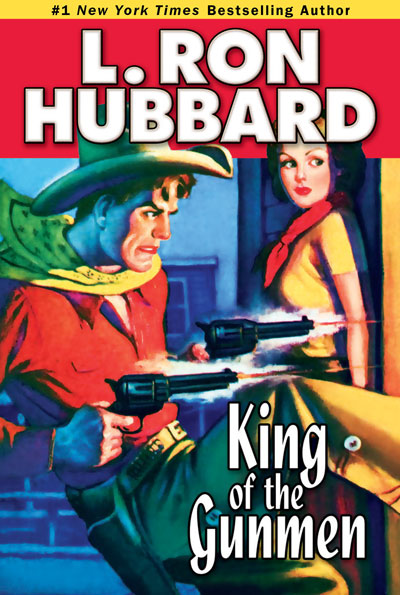 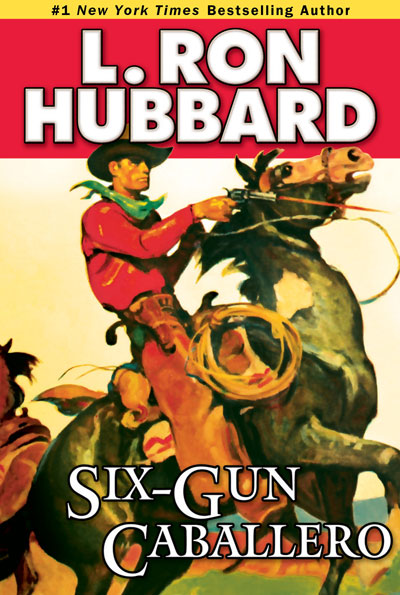 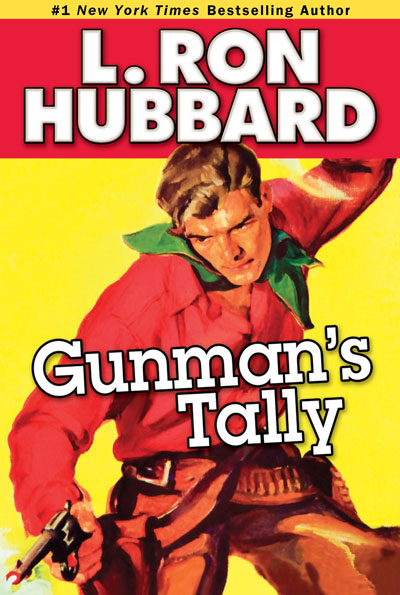 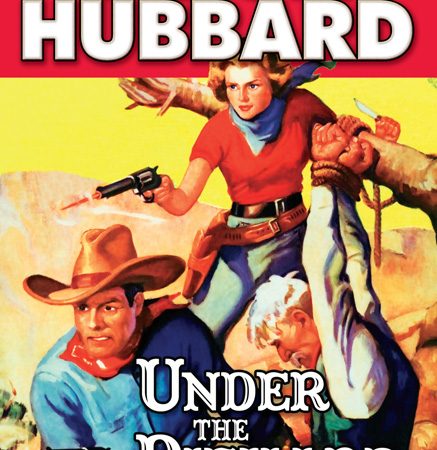 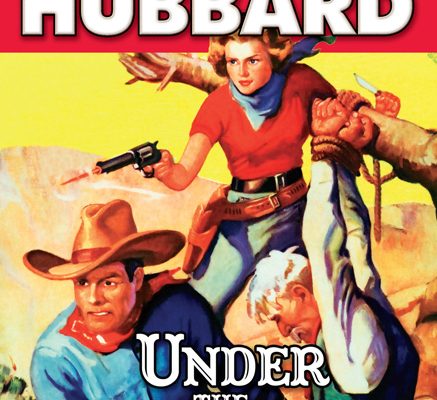 There is a long list of fabulous Western authors. Though I have been a fan of western writers all of my life, there are some that I have never read and now intend to, such as Elmer Kelton, seven times winner of the prestigious Spur Award. In 1995, Western Writers of America named Elmer Kelton “the greatest Western author of all time.” Considering his competition—Owen Wister, Zane Grey, Louis L’Amour—that’s quite an accolade. He is next on my reading list. I have read Ernest Haycox, Elmore Leonard, Tony Hillerman, Zane Gray, but none of the famous women writers like Kathleen O’Neal or Lucia St. Clair Robson. These writers and many others have to be read and explored. They are the woof and warp of the tapestry of American history. The cowboy genre gives color to this great loom that will shine on throughout time. These writers set the cowboy to music, and the movies picked the theme and played it well so we could all dream the cowboy’s dream.

Louis LʼAmour is the most prolific Western writer of all time. As he was a scholar, he had the art of the Western down cold. I love his work. I have a collection of nearly all of his works and have read each two times. I read at night in bed before sleep, and even though I am re-reading one, I still enjoy it as much as the first time. He died in 1988 at age 80, leaving 105 novels. His books consisted primarily of Western novels (which he called “frontier stories”). He also wrote historical fiction like The Walking Drum—one of my favorite books of all time (I read it three times)—science fiction, and non-fiction. Many of his books became movies starring great actors like Sam Eliot, Yul Brenner, Tom Selleck, and John Wayne.

The Sackett series of over 30 novels starts in Elizabethan England (Sackett’s Land) with the original Sackett traveling to America (The Far Blue Mountains) and how his family proliferated through the West, with their tough, but honorable reputation as men who would travel across the country to assist another Sackett.

“One day I was speeding along at the typewriter, and my daughter, who was a child at the time, asked me, ‘Daddy, why are you writing so fast?’ And I replied, ‘Because I want to see how the story turns out!’” —Louis L’Amour.

Larry McMurtry is in a neck-and-neck race for my favorite. He is in a class of writers all his own. Like L. Ron Hubbard and L’Amour, he is a multi-genre author whose literary genius is simply beyond the pale. Most known for the Lonesome Dove series, a movie made in 1989 of Woodrow Call, starring Tommy Lee Jones and Robert Duvall as Captain Gus McCrae. This book and the film left an indelible print in cowboy history. I read The Lonesome Dove series, Buffalo Girls, Berrybender Narratives, Comanche Moon, Streets of Laredo, The Wandering Hill, and more. The Berrybender Narratives are a humorous treat, describing a European family making an extended vacation in the Wild West.

The attraction of the West drew many thrill-seekers from the rest of the world for a taste of our frontier while it was still a frontier. These stories went into more depth of character, theme, and dimension than any other Western writer I know. He made the characters genuinely human but light and funny as if viewing them from above and loving them as he described them.

While not often portrayed in Westerns, the Lonesome Dove television miniseries starred actor Danny Glover as Josh Deets, an ex-slave turned cowboy. This was one of the few representations of black cowboys in mainstream entertainment, though many helped to tame the West following the Civil War. Deets served as a scout on a Texas-to-Montana cattle drive. The character was inspired by real-life Bose Ikard, an African-American cowboy who worked on cattle drives in the late 19th century.

Before movies or television, there were traveling shows like Buffalo Bill’s Wild West show that featured talented cowboys and cowgirls, including one of the most famous female cowboys and a sharpshooter, Annie Oakley.

During the late forties, after the end of World War II, a man would come to my tiny southern country town, put up a tent on a small vacant lot, housing some seats like bleachers and a projector with a large reel of film. For a dime, we could see black and white movies with Tom Mix and William Boyd as Hopalong Cassidy, who made 66 movies from 1935 to 1948. Lash Larue’s popular westerns ran in the forties and fifties. He used an 18’ whip to bring down his enemies. Then there are the singing cowboys, Gene Autry and Roy Rogers, during the fifties and early sixties. These movies followed the cowboy story motif: good guy-bad guy confrontation, shoot out, and the good guy wins. But it was always great entertainment and gave the constant proof that there were good guys, and they always win if they stay true to themselves and follow the cowboy code.

There were many great movies and actors. John Wayne was in nearly all of the big westerns, courtesy of John Ford the producer who discovered him and made him the leading cowboy of all time.

Tommy Lee Jones and Robert Duvall in Lonesome Dove, Clint Eastwood in Pale Rider, and The Good, the Bad and the Ugly  (his “spaghetti westerns” made in Italy), Gary Cooper in Man of the West and High Noon, and James Stewart in The Man Who Shot Liberty Valence.  These are all in addition to classics such as Butch Cassidy and the Sundance Kid, Tombstone, Shane, True Grit—to mention a few.

Entertainment, especially movies and TV, made an indelible impression of the American cowboy. Along with literature and novels of the West, they keep the cowboy alive with lessons in heroism, epic adventure, and subtle, or not so subtle, considerations of the line between good and evil. They are fun, sometimes a little tedious, and even contradictory, but they are always based on the principle of what it means to live with honor and be a tough, gritty, and self-reliant man.

Who is your favorite cowboy? 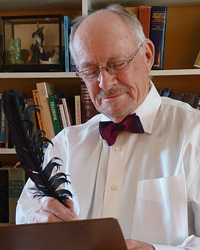 LD Sledge served in the US Army and was discharged honorably as a Captain in 1963. For forty-three years he was a courtroom lawyer helping real people, trying hundreds of judge and jury trials in his own law firm. He has over 45 years of experience writing across multi-genre topics. His word count in print in novels, fiction and nonfiction, medical, finance, legal, blogs, newsletters, columns, editorials, short stories, and poems exceed two million words. His best seller novel Dawn’s Revenge, a New Orleans thriller, is being considered for a screenplay. LD is also an artist and musician.

New to L. Ron Hubbard’s books? Here is a list of where to start.

Other Famous Women of the West

Famous Outlaws of the West

Discover the Best Westerns of All Time

You can learn more from these articles:

Chronicle of the Old West on the Living the Cowboy Code

L. Ron Hubbard Presents Writers and Illustrators of the Future is Now Available...