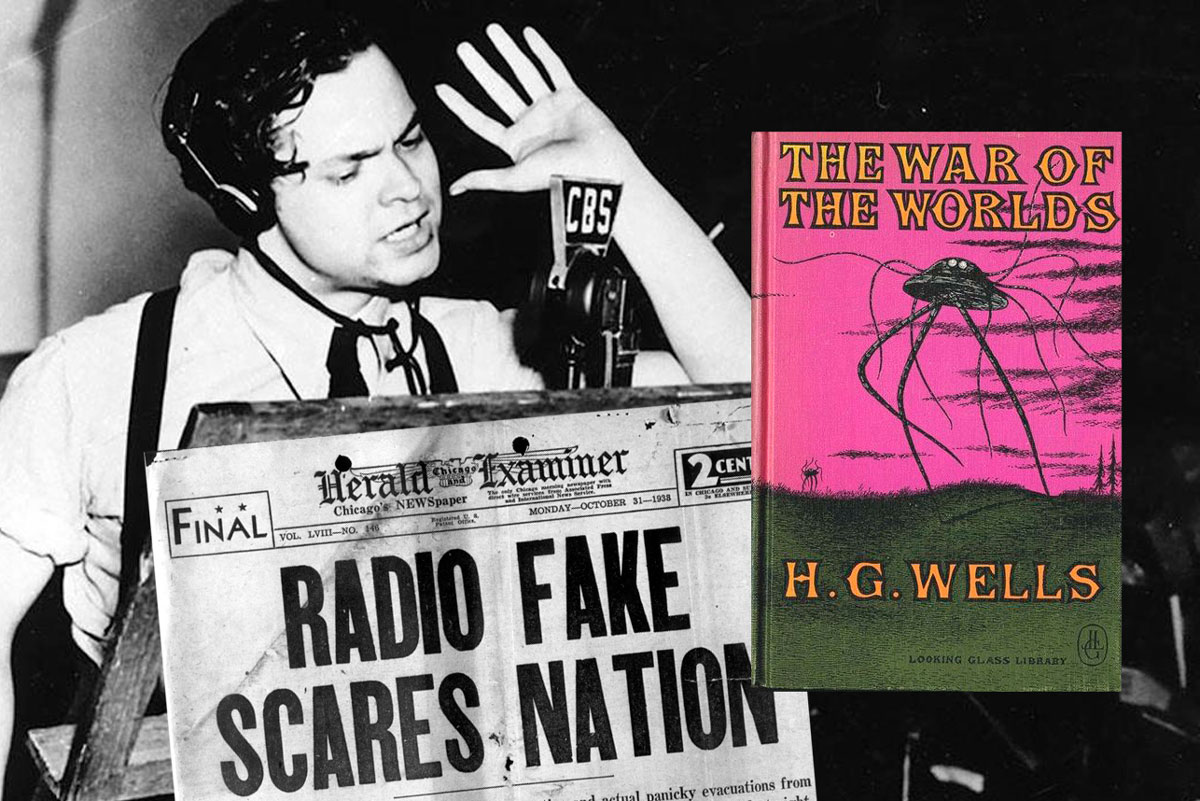 This is PART 1 of a three-part article written by Jim Marrs, the author of the New York Times bestseller Alien Agenda.

Some believe the battle for Earth has already begun.

Long before the days of the Apollo moon landings and private corporations sending satellites into space, some far-sighted writers envisioned an invasion of our planet by beings from other worlds.

Science Fiction, also known as Speculative Fiction, has predicted the future since it was acknowledged as a legitimate literary genre in the 1950s. Science fiction has prophesied such items as automatic doors by H.G. Wells, voice-controlled computers by Arthur C. Clarke, submarines by Jules Verne, and handheld electronic devices to read books by L. Ron Hubbard.

One of the most ambitious works depicting a 1,000-year occupation of Earth by a race of giant aliens from the planet Psychlo is Battlefield Earth: A Saga of the Year 3000, first published in 1982 by L. Ron Hubbard as a celebration of his more than 50 years as a writer. Although Hubbard had been writing a variety of stories and books since the 1930s, he was mostly considered a major science fiction author along with such greats as Isaac Asimov, Arthur C. Clarke, Clifford Simak, and Robert A. Heinlein.

With Battlefield Earth, Hubbard was following in the footsteps of other literary greats who wrote about humans confronting alien life. As far back as 1752, the French Enlightenment writer François-Marie Arouet, better known by his pen name Voltaire, in his work Micromégas wrote of a giant alien from a planet circling the star Sirius who befriends a large inhabitant of Saturn. Together, these Titans visit the Earth but find themselves so large that they can only stand in the oceans with water up to their lower extremities. As they are deciding that no intelligent life exists on Earth, they discover a whale and a ship filled with Artic voyagers. The aliens have a great laugh when they find the humans believe themselves the only life in the universe.

In 1892, an Australian clergyman named Robert Potter published The Germ Growers, a science fiction tale with more modern overtones. The book describes a secret invasion by aliens who are able to take on the appearance of humans. They intend to wipe out the human race through a virulent disease.

But it was a prolific British author who six years later really got the alien-invasion ball rolling in literature. Herbert George Wells, better known simply as H.G. Wells, in 1898 published The War of the Worlds, a ground-breaking novel of a seemingly-unstoppable invasion by Martians and their death-dealing tri-pod machines armed with death rays. A huge success in its time, it has been overshadowed by the infamous Orson Welles radio treatment in 1938.

Originally aired on Sunday night October 30 by the Mercury Theatre of the Air, Welles crafted the story into a succession of newscasts that broke into a musical program with increasingly frantic announcements of aliens landing in New Jersey and attacking. Many of those who tuned into the program late missed the very clear introduction that it was all a Halloween prank and panicked with some fleeing their homes and many calls made to local authorities, especially in New Jersey. Although it was later found that reports of nationwide panic over the broadcast were greatly exaggerated, there were complaints to the Federal Communications Commission which prohibited programs mimicking real news programs. The popularity of The War of the Worlds resulted in seven motion pictures, as well as various radio dramas, comic-book adaptations, video games, a TV series, and sequels or parallel stories by other authors.

In all variations of The War of the Worlds, the destructive invasion of the Earth was only stopped by the aliens’ lack of resistance to common Earth germs.

In Part 2, Jim will post the question, “What if they really exist?”

Alien Invasion: Is Earth Prepared? (Part 2 of 3)
Scroll to top
0
Your cart is emptyReturn to Shop
Continue Shopping
Apply Coupon