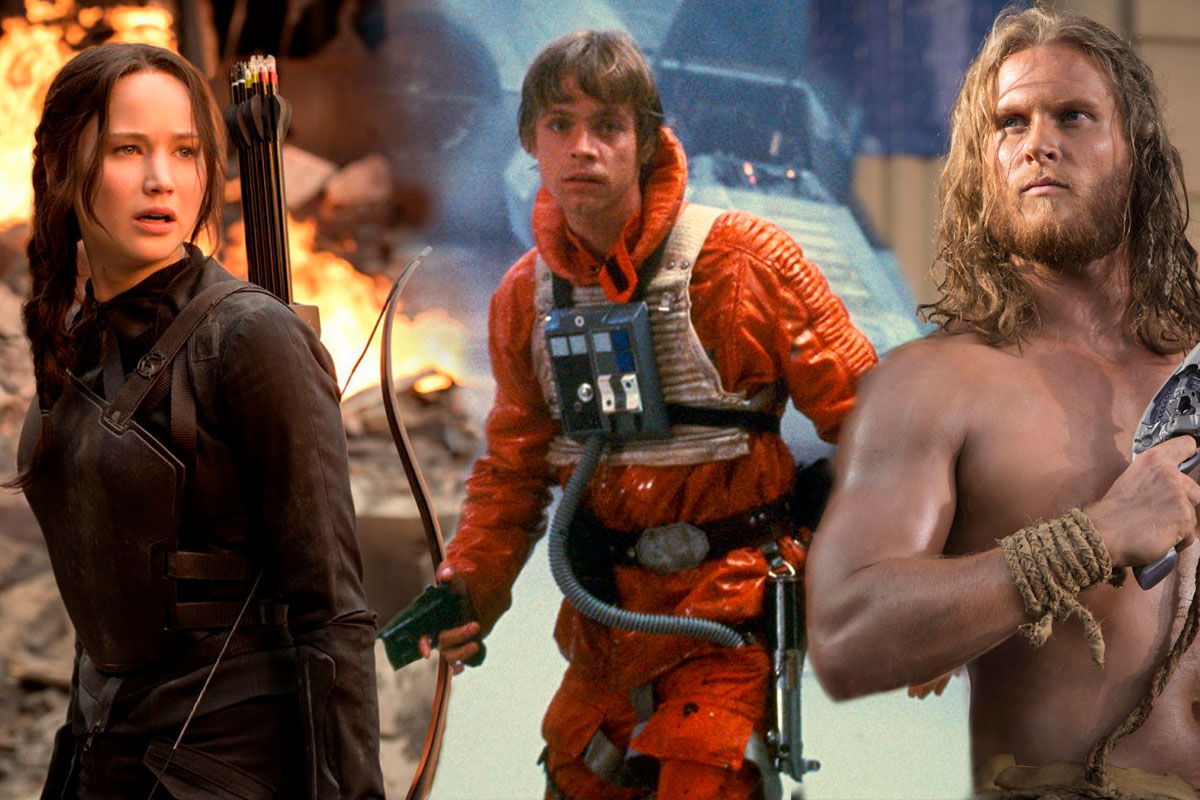 So we have talked about who’s the baddest of them all. But just as there is no disagreement that it takes a really good bad guy to bring out the best in the hero, it nevertheless remains that a great hero is…well…great!

So what really does make a hero so great? I’m not talking about super-heroes like Superman, Wonder Woman, Thor, Spiderman or even Batman. I’m talking about the heroes that you can relate to somehow, or at least would like to relate to—meaning you can see yourself walking in their shoes.

What are the characteristics? Do you really prefer the flawed hero? Or do you prefer a hero without a bunch of baggage, or at least minimal baggage?

I have picked several heroes/heroines who I have enjoyed. This is by no means a complete list. I’m sure you have your favorites and I would appreciate your take on what I have listed as well as whom you think should also be on the list.

In Star Wars, there is Luke Skywalker, living with relatives who are killed and leaving him alone, and still not knowing who his parents are.

Katniss Everdeen, the representative from District 12, leads the revolt against an oppressive Capitol City in a dystopian future as she fights in The Hunger Games. Her power stems from love of family and friends. That she is unrivaled with a bow and quiver of arrows doesn’t hurt.

It’s the intrepid Captain James T. Kirk who sets a course to uncharted vistas in Star Trek and who must face a myriad of aliens, who if not outright evil, at least don’t subscribe to the code of ethics as seen by Star Fleet Command.

Ender Wiggin was born the third child with the specific purpose of being groomed into a commander to fight and ultimately overcome the Formics, nicknamed the ‘buggers,” in Ender’s Game. He must initially overcome being bullied both by his bigger brother as well as in Combat School to finally become the combat strategist who successfully commands the final battle.

Jonnie Goodboy Tyler adventuring from home to prove there are no such things as ‘monsters” is first captured by a monster, the alien security chief Terl. He must learn to read both his own language as well as that of his captor in order to challenge the collective might of the Psychlo Empire in Battlefield Earth.

Tris, with as much teenage love angst as you are likely to ever find in a story, nevertheless proves herself the formidable heroine in the Divergent series—although it would have been totally fine with me had she lived!

Then there is Paul Atreides who, as steward of House Atreides must survive the intrigue that is his life on Arrakis, source of the spice “mélange” the most valuable element in the galaxy, as told in Dune.

Now it’s your turn. Please let me know if any of these are also you favorite heroes in the comments section. If I miss your favorite, then go ahead and add him or her.

Alien Invasion: Is Earth Prepared? (Part 1 of 3)
Scroll to top