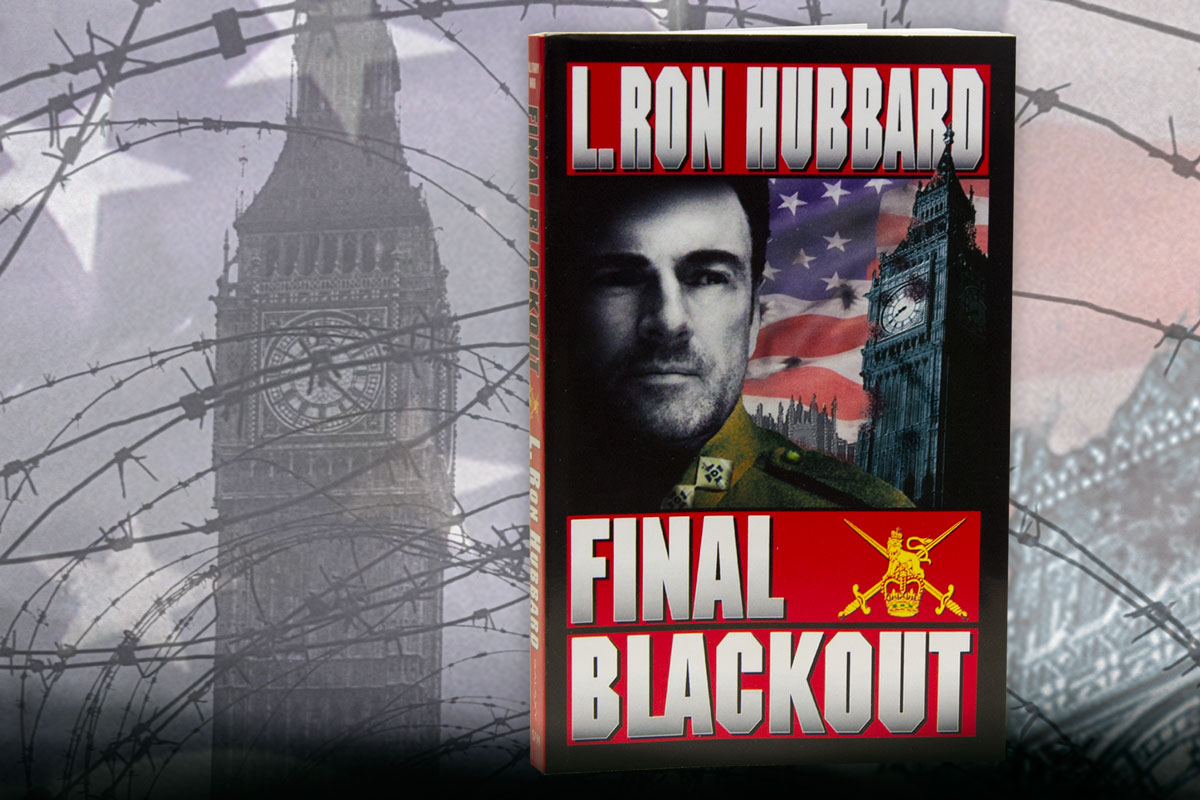 Did you know that Final Blackout received much fanfare when first published in 1940, but even the most avid reader today doesn’t realize how pivotal a novel it was … 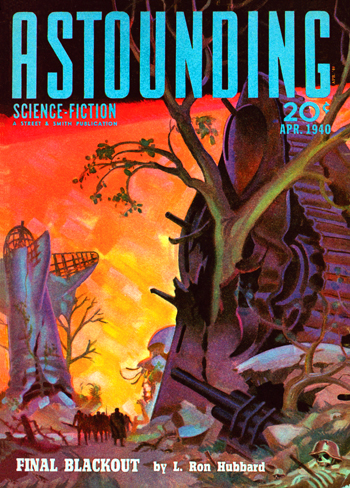 Published in three consecutive issues of Astounding Science Fiction as the Second World War raged across the face of Europe and while Americans fiercely debated the pros and cons of getting involved, Final Blackout had special significance in the days leading up to WW II. Set in the near future, its description of a war that left most of civilization in ruin was not an image that many wanted to confront.

In the month prior to publication the editor warns readers, “H.G. Wells did not write material as grim as this story is—but I feel that even he never wrote anything more powerful than ‘Final Blackout.’” 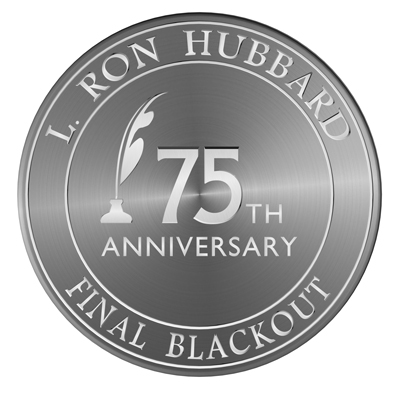 Universally regarded as one of the greatest novels of science fiction’s golden age and among the most influential works of 20th century military science fiction, Final Blackout envisioned an apocalyptic war that would go on and on into a future tormented by endless combat and cynical political opportunism. Europe, along with the rest of the world, is indelibly scarred by weapons of biological and atomic fury. All major centers of industry have been obliterated by atomic bombs while the dreaded “soldiers sickness”—the end result of germ warfare—wipes a clammy hand across the slate of Europe taking ten times as many as the fighting itself.

It is an astonishing vision of what could happen and a chilling warning, which has echoed over seven decades, of what may still happen. It is also, in the estimation of Robert Heinlein, “as perfect a piece of science fiction as has ever been written.”

In Final Blackout, Hubbard also gave us a larger-than-life, combat-wise, principled protagonist who knows no other life than that of war:

He was born in an air-raid shelter—and his first wail was drowned by the shriek of bombs, the thunder of falling walls and the coughing chatter of machine guns raking the sky.

He was taught in a countryside where A was for Anti-aircraft and V was for Victory. He knew that Vickers Wellington bombers had flown nonstop clear to China. But nobody thought to tell him about a man who had sailed a carrack as far in the opposite direction—a chap called Columbus.

Known only as “the Lieutenant,” his deep moral concern for his brigade of irregulars—“The Unkillables” (Hubbard’s work-in-progress title for Final Blackout)—became the measure of the quintessential leader. In the end, it is up to his band of survivors, led by a man whose very anonymity symbolizes a transcending clarity of purpose and the conviction that the individual can make a difference, to salvage what they can of their lives and their civilization. 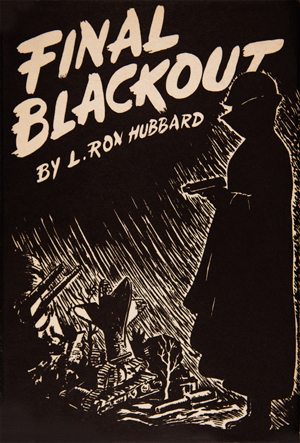 The novel hit many a raw nerve in the shadow of the world war to follow, while at the same time hailed by readers as simply “It’s a classic. Nothing of the same type will ever surpass it.” And from another, “the best science-fiction story I have ever read…. undoubtedly the best story of any type I have ever read.”

Later in 1948, after L. Ron Hubbard had returned from four years of active duty in WW II as a US naval officer, he added a Preface along with this dedication in the hardcover edition:

As author and critic Algis Budrys points out in his Introduction with regard to the Preface, “With typical ironic humor, Hubbard ‘apologizes’ for his naivete in world politics and his ‘youthful ignorance’ of the high ideals that actually govern the leaders of society. As a satirical commentary, that Preface all by itself would make this book well worth attention.” Needless to say, at the time of publication, both preface and dedication excited new discussion and endless interpretations of the novel’s complex meaning and portent.

In the years since release, Final Blackout has continued to be regarded as one of the most controversial and influential science fiction novels ever written. Decades after its release Publishers Weekly would write “As a depiction of a blighted world, the novel is compelling, even riveting.”

Because the story of the Lieutenant is timeless and has a universal message that speaks to everyone who wants to see the human race survive, it has continued to engage readers for over 75 years and, no doubt, will continue to do so in the decades to come.

What if WW II never ended?

While Final Blackout is undoubtedly a science fiction novel, it has also been referred to as a trendsetting “alternate history.” Arguably it is both and, as such, the novel today stands in good company with other WW II alternate history novels that followed in its wake. Notable among these are:

1. The Man in the High Castle (1962) by Philip K. Dick. The novel is set in 1962, fifteen years after an alternate ending to World War II, and concerns itself with the intrigues between the victorious Axis Powers—Imperial Japan and Nazi Germany—as they rule over the former United States, as well as daily life under the resulting totalitarian rule.

2. Fatherland (1992) by Robert Harris. A detective story in an alternative history in which Nazi Germany won World War II and the Holocaust remains undiscovered.

3. The Children’s War (2001) by J.N. Stroyar. The Third Reich has won WW II and 50 years later Europe is under Nazi domination. The protagonist, Peter, has had more identities than he can remember and suffered pains and humiliations he longs to forget. But, whether spy or prisoner, slave or propaganda tool, none of his roles has brought the one thing he wants above all: freedom.

4. The Plot Against America (2005) by Philip Roth. Franklin Delano Roosevelt is defeated in the presidential election of 1940 by Charles Lindbergh. The novel follows the fortunes of the Roth family during the Lindbergh presidency, as anti-Semitism becomes more accepted in American life and Jewish-American families like the Roths are persecuted on various levels.

5. Farthing (2007) by Jo Walton. A whodunit set in 1949, eight years after Britain agreed to peace with Nazi Germany. A high English official is murdered and all evidence points to the crime being committed by the Jewish husband of the daughter of one of the power elites.