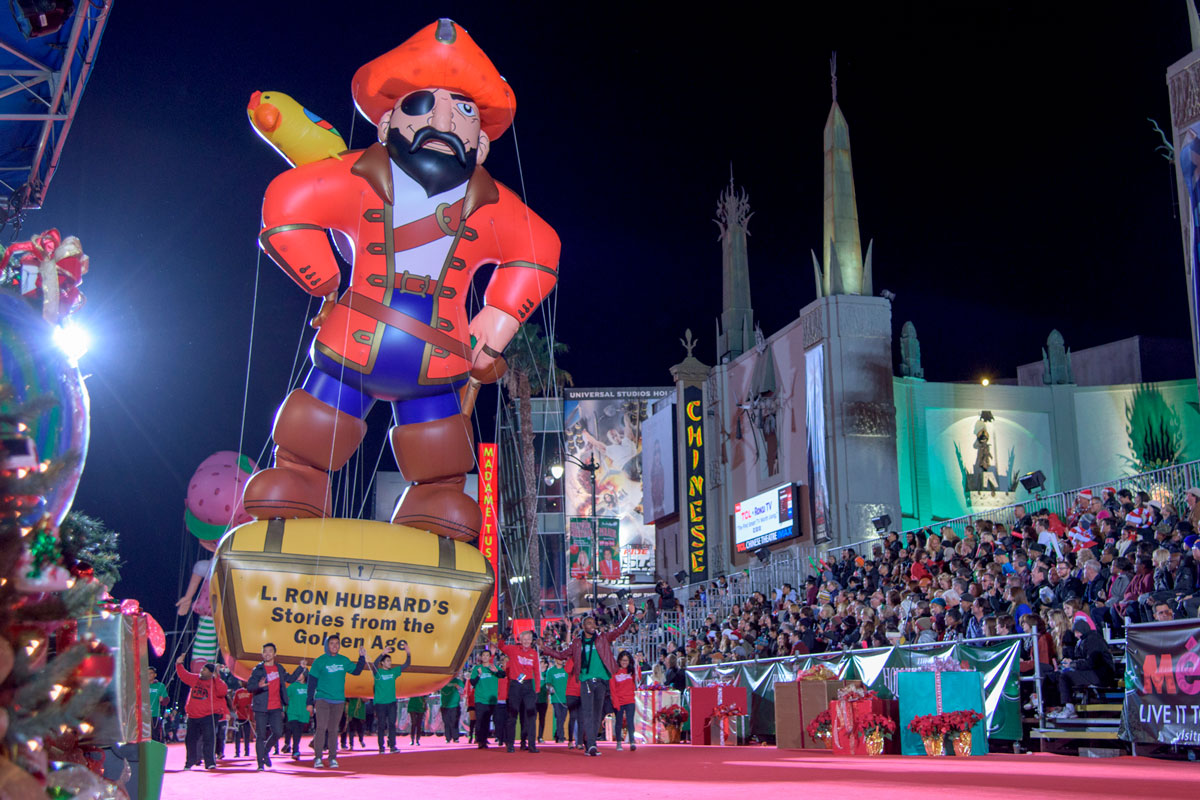 The Hero from “Under the Black Ensign” on the Red Carpet

Tom Bristol, the swashbuckling hero in L. Ron Hubbard’s pirate adventure, Under the Black Ensign, walked the red carpet in the 84th annual Hollywood Christmas Parade. Standing over five stories tall, Bristol was seen by an estimated one million fans who packed the parade route along Hollywood and Sunset Blvds.

The evening started with an all-star holiday concert held at the beginning of the parade route featuring Clay Aiken, Daughtry, Sean Kingston, India.Aire, the Band of Merry Makers (with Mark McGrath, Tyler Glenn of Neon Trees, Kevin Griffin of Better Than Ezra and Sam Hollander), Alexander Jean, Ruben Studdard, Ace Young and Diana DeGarmo, Kat Graham, Candice Glover and Heather Russell. The theme of this year’s event was “The Magic of Christmas” with performances between sets by renowned Masters of Illusion magicians Michael Turco and Jonathan Pendragon.

Thirteen large helium balloons traveled the route with Tom Bristol including Gumby, Cat in the Hat, Horton the Elephant, the Grinch, Strawberry Shortcake, Scooby Doo, and Tom & Jerry joined by 17 marching bands from around the world, 7 equestrian units and none other than Grumpy Cat.

All in all it was a very special and magical night made possible by the over 700 volunteers, 34 local businesses, schools and community service groups on hand to lend a helping hand to help make the parade a huge success.

To see more pictures from the parade, go to the Galaxy Press Facebook page. Be sure to watch the festivities on Friday, December 11, 2015 at 8:00 pm on the CW Television Network.