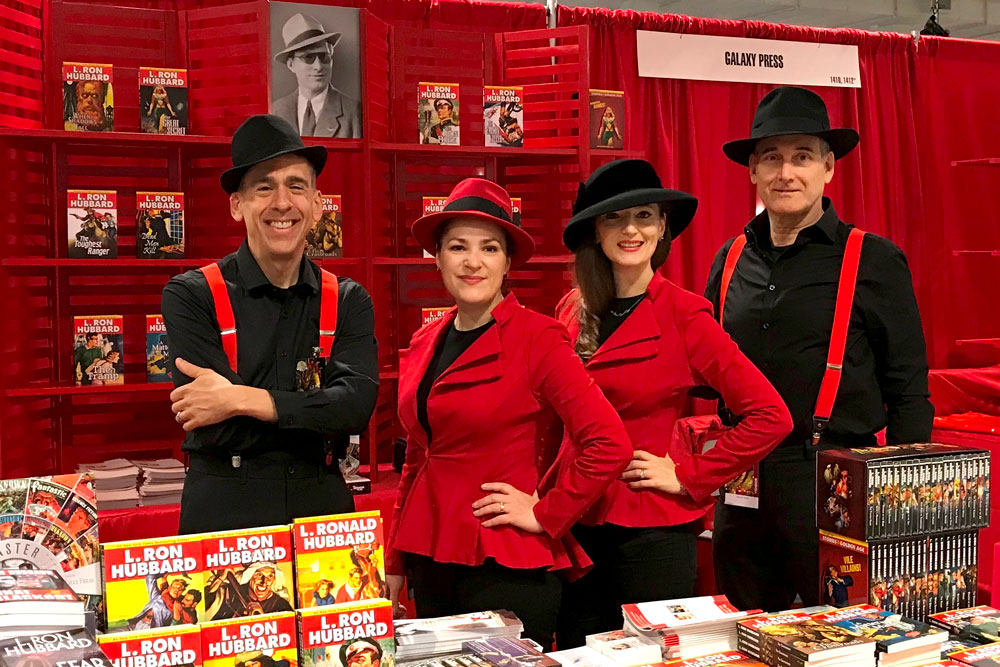 To help celebrate 35 years of helping aspiring writers and artists, Galaxy Press (America’s Mart, Building 2, Booth 1410) has contributed 700 copies of L. Ron Hubbard Presents Writers of the Future 35 to the Heinlein Blood Drive as an incentive for Dragon Con goers to donate their life-giving blood this coming Labor Day Weekend, August 30–September 2. A letter from Mr. George Rule, Chairman of The Heinlein Society, was presented at the 35th Annual Awards Ceremony by Dr. Beatrice Kondo, recognizing the decades-long friendship between Mr. Hubbard and Mr. Heinlein.

Writers and Illustrators of the Future was created by L. Ron Hubbard to provide a means for the aspiring writer and artist to have their creative efforts seen and acknowledged and it is celebrating its 35th anniversary at Dragon Con, the most book friendly convention in the South where entire families attend to find books appropriate for readers of all ages.

Along with the celebration, Writers of the Future will have some of its past winners who will be on hand to sign books at their booth including two winners from volume 35: Carrie Callahan and Jennifer Ober.

Recognizing aspiring artistic talent, like with writers, is equally as vital and the art from this year’s winning artists will be featured in the Dragon Con Art Show. (Grand Hall of the Hyatt Regency, booth 75)

A special illustrator panel entitled “Illustrators of the Future: How Do You Survive as an Artist?” with panelists Ciruelo, Larry Elmore, Echo Chernick, Lazarus Chernick, and moderated by Joni Labaqui. (Hyatt Grand Hall C, Friday, 1:00 pm)

The intensive mentoring process has proven very successful. The 416 past winners of the Writing Contest have published 1,150 novels and nearly 4,500 short stories. They have produced 32 New York Times bestsellers and their works have sold over 60 million copies.

The 346 past winners of the Illustrating Contest have produced over 6,000 illustrations, 360 comic books, graced 624 books and albums with their art and visually contributed to 68 TV shows and 40 major movies.

Deadline for entries for the 36th year of Writers of the Future and Illustrators of the Future is September 30 at midnight, Pacific Time. Enter by going to www.writersofthefuture.com.

For more information on Writers and Illustrators of the Future, visit www.writersofthefuture.com and www.galaxypress.com.

Writers and Illustrators of the Future Celebrating its 35th Birthday in Salt...
Scroll to top