You are here: Home1 / Blog2 / Newsroom3 / Writers and Illustrators of the Future Celebrating its 35th Birthday in... 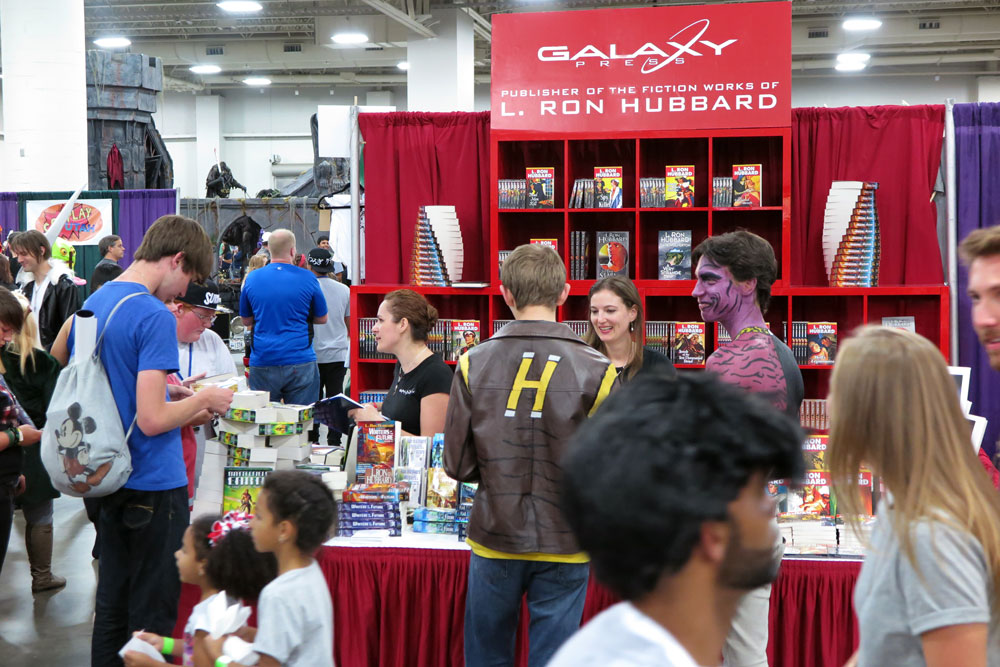 Writers & Illustrators of the Future are international contests, with thousands of entries from over 175 countries around the world. Salt Lake City has the distinct honor of having more winners of the L. Ron Hubbard Writers of the Future Contest than any other city in the world. Winners include Robert J. Defendi, Julie Frost, Brian Hailes, Amy Hughes, Scott Parkin, Darcy Stone, Eric James Stone, Brad Torgersen, and Kathleen Woodbury. World renowned authors, initially hailing from the Salt Lake City, Orson Scott Card, Dave Wolverton (Contest winner turned Contest judge) and Brandon Sanderson are Writers of the Future Contest judges.

To celebrate 35 years of helping aspiring writers and artists, Galaxy Press is proud to once again attend Salt Lake City FanX, September 5–7 at the Salt Palace, and is bringing in several past winners to autograph books and talk to aspiring writers and artists at the Galaxy Press booth #1202. These winners include: Julie Frost, Brian Hailes, Eric James Stone, Darci Stone, Brad Torgersen, and Kathleen Woodbury.

With the dilemma of supporting the arts amidst continued budget cuts, Writers and Illustrators of the Future provide a forum for the aspiring writer and artist. Free to enter, open to anyone not professionally published, and judged by top professionals in the industry, these Contests have recognized over 800 winners and awarded over $1 million in prize money in its 35 year history. The judges will only see the story or art and a number assigned to the entry making it the top merit competition of science fiction and fantasy in the world.

The intensive mentoring process has proven very successful. The 416 past winners of the Writing Contest have published 1,150 novels and nearly 4,500 short stories. They have produced 32 New York Times bestsellers and their works have sold over 60 million copies.

The 346 past winners of the Illustrating Contest have produced over 6,000 illustrations, 360 comic books, graced 624 books and albums with their art and visually contributed to 68 TV shows and 40 major movies.

Deadline for entries for the 36th year of Writers of the Future and Illustrators of the Future is September 30 at midnight, Pacific Time. Enter by going to www.writersofthefuture.com.

For more information on Writers and Illustrators of the Future, visit www.writersofthefuture.com and www.galaxypress.com.

Writers and Illustrators of the Future Celebrating its 35th Birthday at Dragon...

What Did Pirates Eat?
Scroll to top
0
Your cart is emptyReturn to Shop
Continue Shopping
Apply Coupon