You are here: Home1 / Blog2 / Battlefield Earth3 / Mirror, Mirror on the Wall, Who’s the Baddest of Them All? 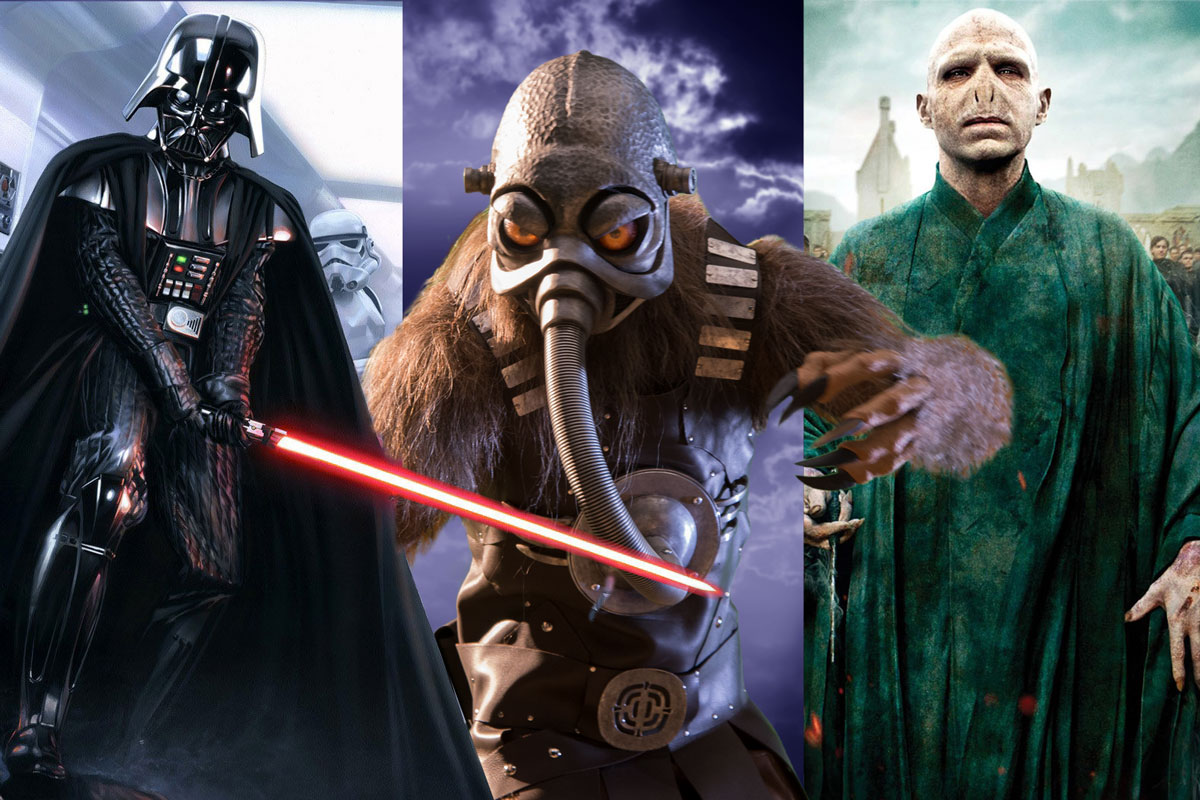 Mirror, Mirror on the Wall, Who’s the Baddest of Them All?

Everybody loves a good villain. But who is the baddest of them all? And what makes the bad guy a really good bad guy? In other words, what are the qualities that make a character we can all enjoy hating? In searching several other lists of bad guys—movie bad guys, TV bad guys, cartoon bad guys and book bad guys—there seemed to be a few who were bad in a league of their own. Something about them makes them rise above all others.

One thing seems for certain, you can’t have a great hero unless opposed by an equally imposing enemy.

We have researched some of the most iconic baddies (and hopefully haven’t missed out on your favorite).

1. Luke Skywalker wouldn’t be so beloved without Darth Vader to oppose. And that Darth Vader was Anakin Skywalker, Luke’s father, makes him all the worse. Star Wars

2. Agent Smith is the opposite of Neo in The Matrix. Neo, as The One, represents the power of choice and free will. But Smith is pitiless and focused on conformity and by replicating himself, he becomes the many and an incredibly good villain.  The Matrix

3. Terl, Earth’s Security Chief from the planet Psychlo has captured Jonnie Goodboy Tyler, who must overcome Terl’s plan to destroy the rest of mankind. That Terl—who views torture as “delicious”—keeps a bomb attached to Jonnie’s love as leverage for Jonnie to do his bidding, exemplifies just how bad Terl really is. Battlefield Earth

4. Harry Potter’s ultimate victory over Lord Voldemort, who J.K. Rowling even called “the most evil wizard for hundreds and hundreds of years” and who is so bad that he is simply referred to as “he-who-must-not-be-named,” wouldn’t be nearly satisfying if Voldemort hadn’t been trying to kill Harry since he was a baby.  Harry Potter

5. Satan, the ultimate villain in literature, the Biblical figure is a depiction of maleficence at its darkest. He’s the basis of evil upon which we have founded our opinion of villainy on so is fully deserving of a place on this list.  Dante’s Inferno

6. Count Dracula, based on the novel of his name, is the ultimate blood-sucking villain and his charm is what makes him all the more villainous; enticing victims by seducing them before inflicting his fatal bite. Dracula

7. Sauron is the all-seeing eye and a source of true evil and villainy in the Lord of the Rings. That an innocent, peace-loving Hobbit by the name of Frodo ultimately proves his undoing is all the more rewarding when everyone else is subjugated to Sauron’s will. Lord of the Rings

Now it’s your turn. Please vote for your top 3 favorite bad guys in the comments section. And if I missed one, then go ahead and add it in.