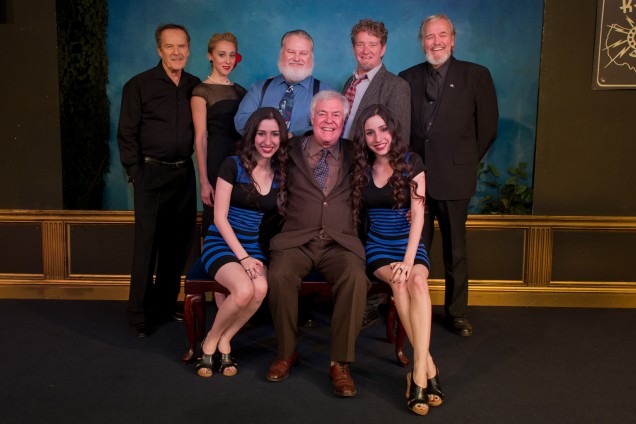 Last night director and narrator Phil Proctor must have thought he was seeing double after the show when he was congratulated for another fine performance of “Dead Men Kill” at the L. Ron Hubbard Theatre. It was, of course, Brittany and Brianna Winner who were on hand for the final performance of our murder mystery thriller.

The radio-style performance, which features plenty of zombies from six feet under, is based on the novelette Dead Men Kill written by author L. Ron Hubbard.

SFsite.com described Dead Men Kill “A fun tale from zombie land that will have a chill rolling down your spine.” While Publishers Weekly said “A rollicking horror yarn [that] taps into the current craze for zombies…. heart-pounding.”

For all those adventurous souls who weren’t able to attend the live show at our theatre in Hollywood, the Dead Men Kill audiobook, complete with a cinematic soundscape that brings the dead to life.