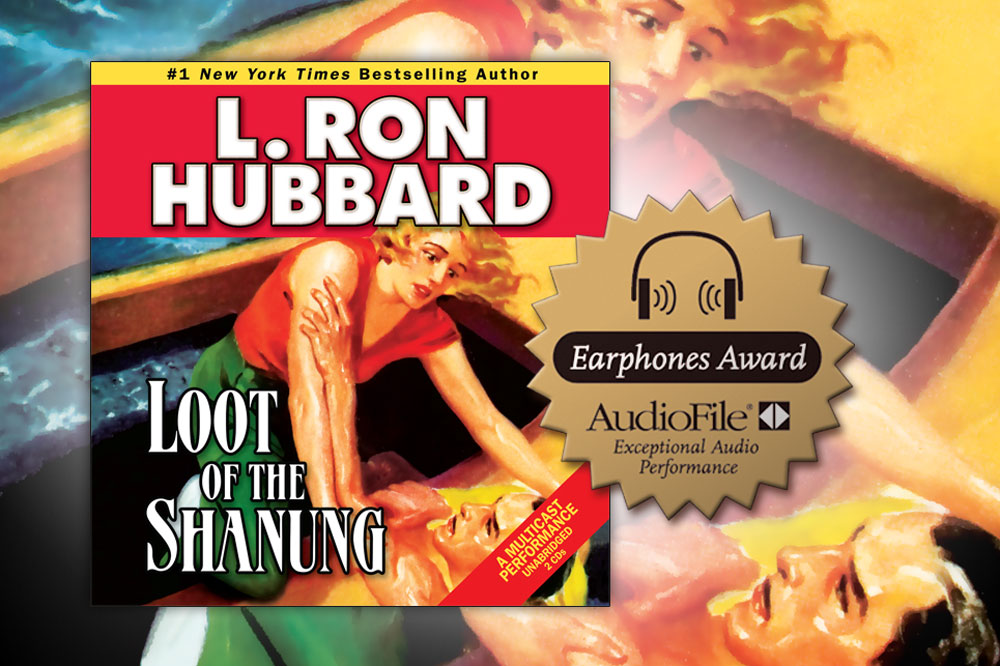 The audiobook version of Loot of the Shanung by L. Ron Hubbard—part of the 80-title Stories from the Golden Age series begun in Fall, 2008—has been named an Earphones Award Winner as well as Best Audiobook of the Year for Audio Theater category by Audiofile Magazine.

In their review of the story which you can read here, Audiofile states, “Listeners are in for a fun audio presentation of Hubbard’s story from the Golden Age” and goes on to add “The audio production is excellent, adding much interest to the story with fitting sound effects, music, and perfect voice casting. The audio drama, performed by Kelly Ward, R.F. Daley, Christina Huntington, Jim Meskimen, Tadao Tomomatsu and Robert Wu, centers on an American reporter in China who combines forces with the heiress daughter of an oil magnate to find her father who has gone missing while traveling in China. AudioFile adds “There’s plenty of danger, intrigue, and some graphic fight scenes. An interesting plot and a little romance make this an entertaining listen.”

The success of such Hollywood blockbusters as Captain America, Spiderman, Indiana Jones and The Mummy shows that pulp fiction stories are still wildly popular today. It’s no wonder that these audiobook versions created in the style of Radio Theater have captured people’s imaginations.

Click here to read the entire review from Audiofile Magazine.