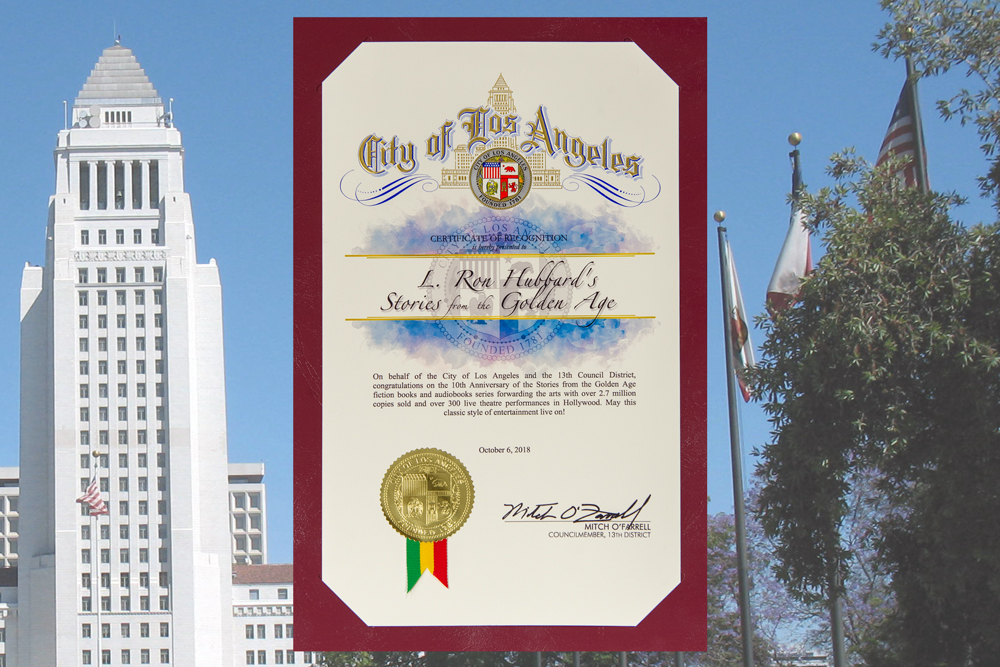 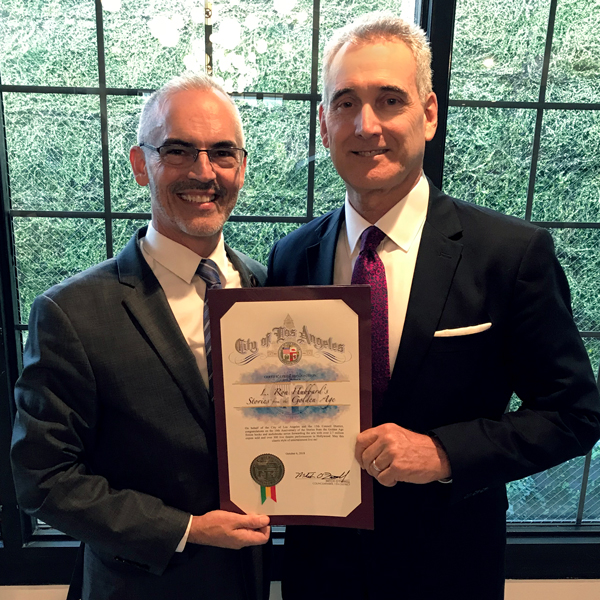 Council member O’Farrell wanted to acknowledge the over 300 live radio theatre performances at the L. Ron Hubbard Theatre in Hollywood using stories from the series. Story performances have ranged from science fiction and fantasy, to western and adventure, to mystery and suspense, and even romance. The murder-mystery thriller Spy Killer was the story performed at the anniversary celebration where the Certificate of Recognition was displayed along with awards from AudioFile magazine for the award-winning audiobooks, True West magazine for the 34 western stories, The Strand magazine for the many mysteries and Library Journal for their appeal to librarians to the over 200 attending guests.

The Certificate of Recognition closed with the hope that “this classic style of entertainment live on!”

Stories from the Golden Age contain 153 stories written by L. Ron Hubbard in the 1930s and ‘40s that have been published in 80 volumes, in a wide spectrum of genres, including adventure, western, mystery, detective, fantasy, science fiction, and even some romance, using his own and 15 pen names.

For more information go to www.galaxypress.com/goldenagestories