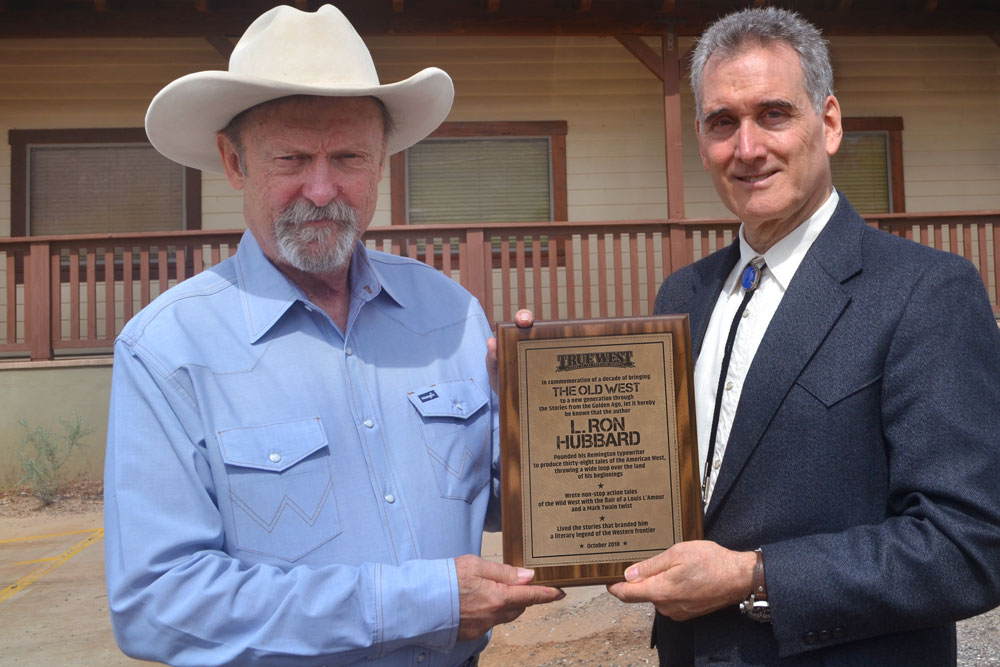 True West Magazine commemorates L. Ron Hubbard for western books written in the 1930s and ’40s and published in the Stories from the Golden Age.

Bob Boze Bell, Editor of True West Magazine, presented a plaque commemorating L. Ron Hubbard for “a decade of bringing the Old West to a new generation of western readers through the Stories from the Golden Age.” Presentation of the award with the inscription engraved on leather and mounted on a wood plaque was made at the True West offices in Cave Creek, Arizona. 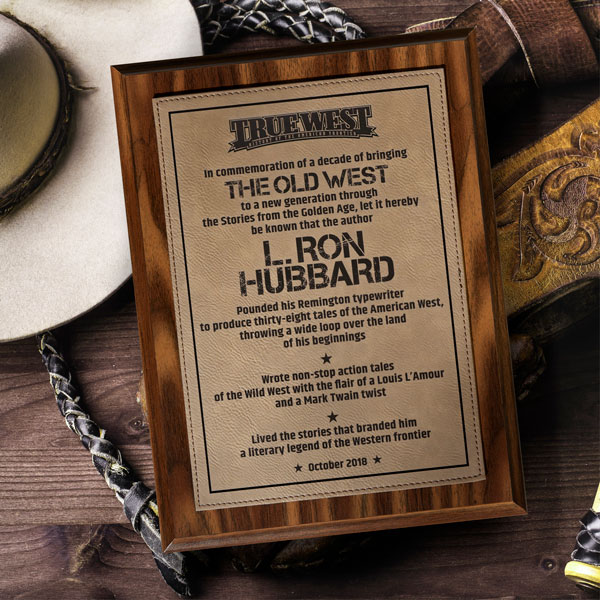 Plaque from True West Magazine commemorating L. Ron Hubbard for a decade of bringing the Old West to a new generation.

In making the presentation, Bob Boze Bell said, “From True West Magazine for all the fine work L. Ron Hubbard did in keeping the Old West alive.” Few of L. Ron Hubbard’s contemporaries could invoke the natural authenticity of a western because to him, the western frontier was home. He had understood the tradition and spirit of the Old West that had comprised his daily life of a turn-of-the-20th-century Montana childhood. His fascination with the frontier and his immersion in its history and culture were the foundation for the 34 stories written in the 1930s and ’40s and published in 15 western books in the Stories from the Golden Age.

Started in 1953, True West is headquartered in Cave Creek, Arizona, and publishes monthly. It is the world’s oldest, continuously-published Western American magazine and relates American Old West history back to the present day to show the role contemporary Western heritage plays in keeping the spirit of the Old West alive today.

The Stories from the Golden Age contain 153 stories written by L. Ron Hubbard published in 80 volumes, in a wide spectrum of genres in addition to westerns, including adventure, mystery, detective, fantasy, science fiction, and even some romance, using his own and 15 pen names.

For more information about the western books in the Stories from the Golden Age, go to galaxypress.com/western-tales.