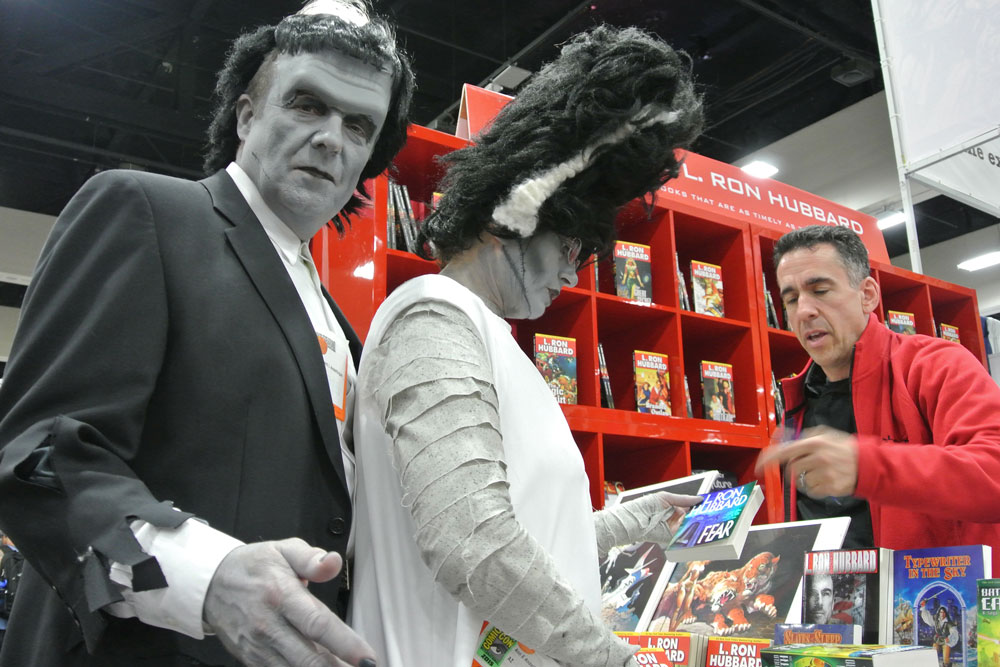 This past weekend we attended Comic-Con in San Diego and as always everyone had a great time. We had a number of unique and out-of-this-world visitors come by the booth, too. One of my favorites was Frankenstein with his wife. Of course, I wasn’t surprised when they selected the novel Fear as the next book to read. Good choice!

On Friday, Steve Pantazis, Writers of the Future winner and author of “Switch,” was at the booth to sign copies of Writers of the Future Volume 31 which includes his story. A lot of people showed up to meet and get their book signed by Steve. His story, which is written in the same universe as his novel, Godnet. In his novel, the Internet is replaced with Mindnet, an implant in your brain which allows you to browse, shop and communicate through the net without the use of a computer or tablet. 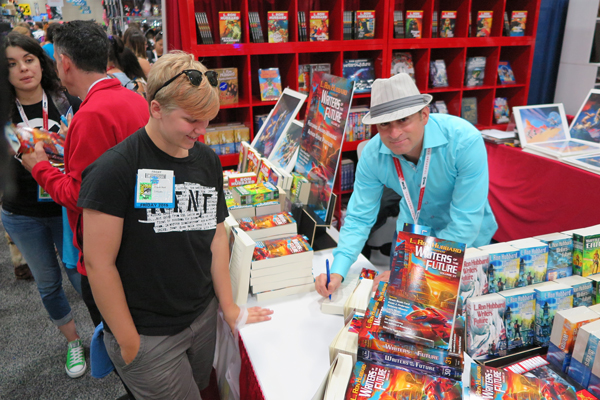 Stephan Martiniere, the acclaimed and multi award-winning science fiction and fantasy artist, also stopped by to say hello. Stephan is on the panel of judges for the L. Ron Hubbard Illustrator’s of the Future Contest and his artwork also graces the cover of Writers of the Future Volume 30. Stephan had a display of his art in the illustrator’s section as well for anyone who had a chance to see it. 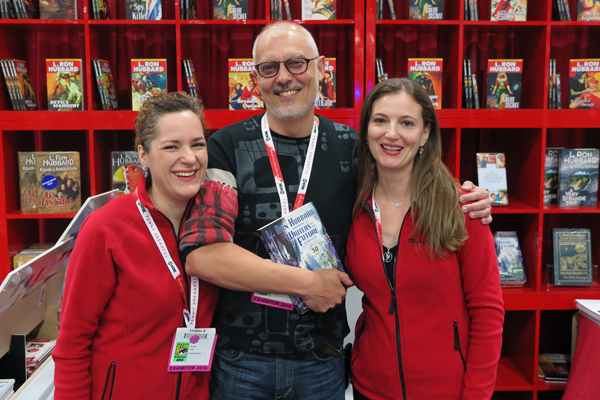 On Sunday we were part of a panel attended by about 400 on “How to Create Your Novel.” The panel consisted of Brittany and Briana Winner (the Winner Twins), Richard Hatch, David Brin, Steven-Elliot Altman and myself, John Goodwin. At the end of the panel we announced the Writers of the Future Workshop being held at the end of August for aspiring writers. For more information click here. 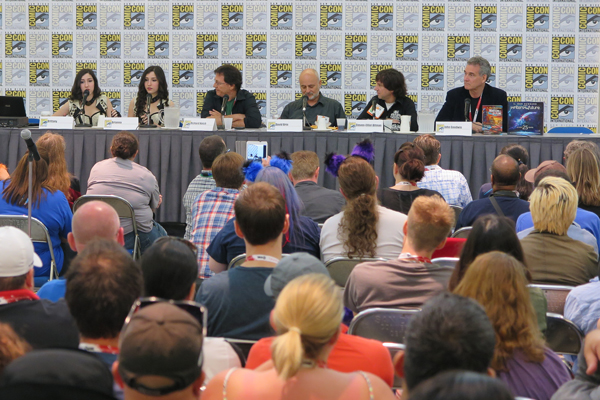 Of, course, in the end what tells the story of Comic-Con are the pictures.

Why do people read?
Scroll to top
0
Your cart is emptyReturn to Shop
Continue Shopping
Apply Coupon