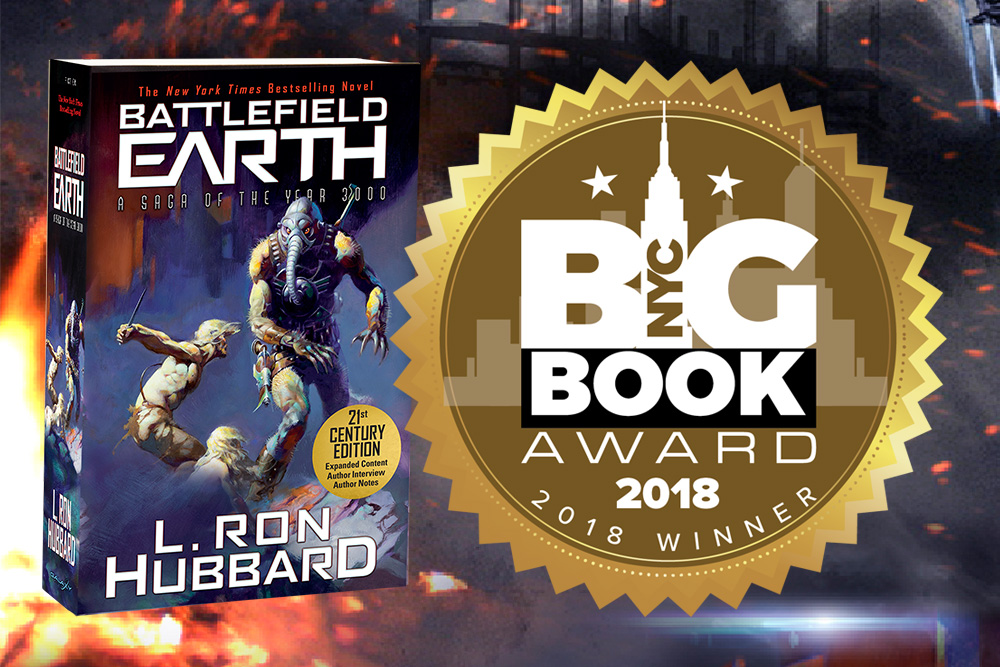 As one of the newer book awards, the New York City Big Book Award was created with the purpose of recognizing quality writing from around the world. Olczak noted that the award “proves great book content can be found anywhere on the globe, whether created from an individual author or a major publishing house regardless what continent we find it.”

The Battlefield Earth book has been voted among the top three of the best 100 English language novels of the 20th century by the Random House Modern Library Readers Poll, and has won worldwide critical acclaim, including the US Golden Scroll and Saturn Awards, Italy’s prestigious Tetradramma d’Oro Award (for the story’s inherent message of peace), and France’s Gutenberg Award for the novel’s exceptional contribution to the genre.

For more information on the Battlefield Earth book, go to www.GalaxyPress.com/battlefield-earth

Stories from the Golden Age Celebrates 10 Years with the Hollywood Christmas...
Scroll to top