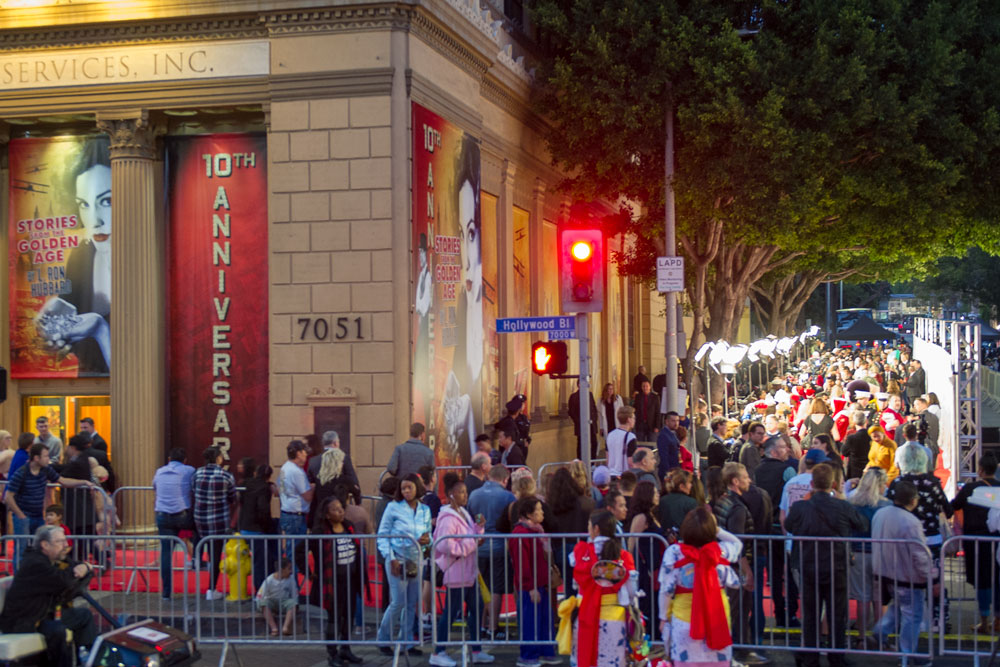 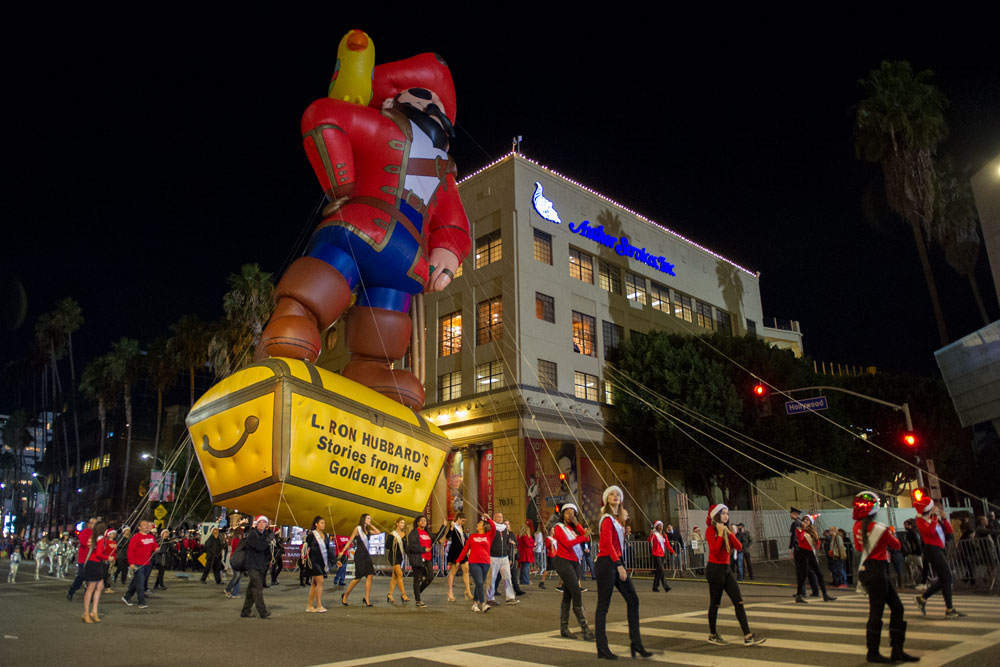 Hollywood Blvd was lined on both sides with eager fans for the 87th anniversary of the Hollywood Christmas Parade which included the 5-story tall Captain Tom Bristol, the main character from L. Ron Hubbard’s swashbuckling tale Under the Black Ensign from the Stories from the Golden Age celebrating its 10th anniversary. www.galaxypress.com

Galaxy Press and Author Services, Inc. once again served as this year’s green room servicing over 400 guests and with over 100 media outlets lined up outside on the red carpet arrival line. Highlights of the parade included special presentations made by the parade hosts Laura McKenzie and Eric Estrada to President US Marine Corps Toys for Tots General Pete Osman, and President Galaxy Press John Goodwin, home of the parade green room and publisher of the Stories from the Golden Age.

The Stories from the Golden Age is a line of 80 books containing 153 stories all written by L. Ron Hubbard during the 1930s and 1940s—in genres ranging from Mystery to Thriller, Science Fiction and Fantasy to Adventure and Westerns, using his own and fifteen pen names—widely considered America’s Golden Age of Fiction. The print version of each work includes the pulp fiction artwork that originally accompanied the story in magazine publications. In addition, each title offers a full-cast, unabridged audio theatrical presentation complete with theme music and sound effects. For more information on L. Ron Hubbard books and audiobooks go to www.galaxypress.com.