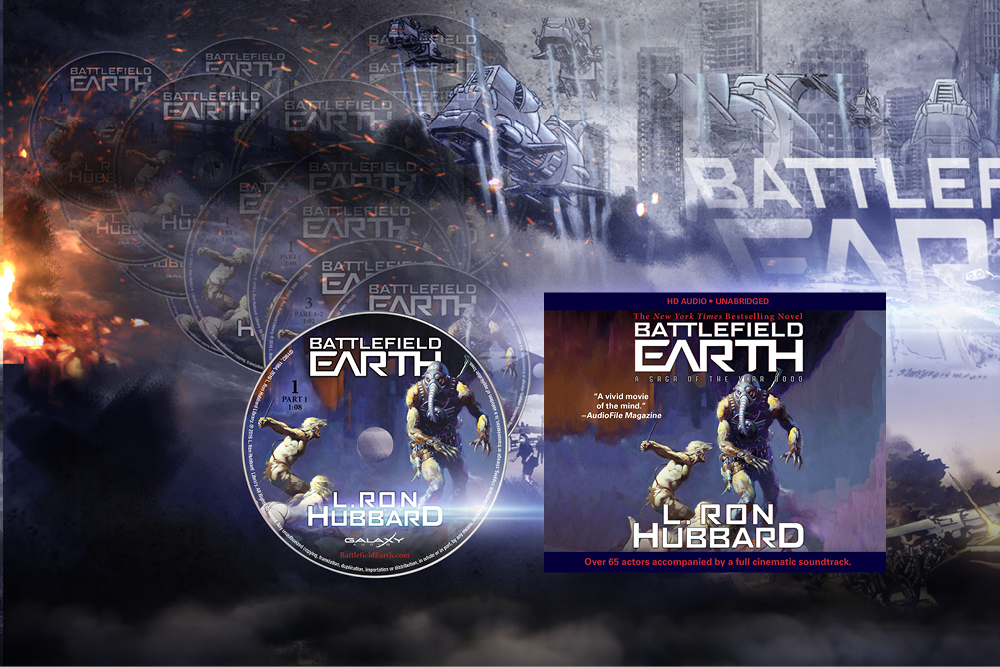 Hollywood, CA – L. Ron Hubbard’s science fiction novel Battlefield Earth was released in June 2016 as a multicast audiobook that has received over 900 5-star reviews on Audible.com.

The 47.5 hour-long audiobook has been added to over 10,000 personal libraries on Audible.com and has a review rate of 4.6 out of 5 by users. The story was performed by 67 actors playing 198 roles and a library with over 150,000 sound effects. “If we did not have the exact right sound recording, it was created—whether it be a certain type of coin flipping, door opening or footsteps of a woman or a man, we ensured it was the exact right sound. Inside or outside noises were taken into account as well,” said John Goodwin, President Galaxy Press. With such high user reviews, it looks like it paid off.

In addition to great user reviews, the industry also recognized the production value. The Battlefield Earth audiobook was awarded an Earphone Award by AudioFile Magazine as well as named “Best sci fi audiobook of 2016.” Publishers Weekly called it an “action-packed blockbuster of an audio production.”

Goodwin went on to say, “It was a year-long production and we are glad fans are able to experience it. We brought top professionals in to create a full movie-of-the-mind experience. It is a great story with great performances.”

Galaxy Press also announced that Battlefield Earth sold over 100,000 copies between the book and audiobook in the last 7 months since its release in June.

To find out more about Battlefield Earth go to www.BattlefieldEarth.com.

A New Entrant to the Hollywood Christmas Parade – Battlefield Earth