You are here: Home1 / Blog2 / Newsroom3 / “Battlefield Earth” Read by Fans Across the Country in New Video 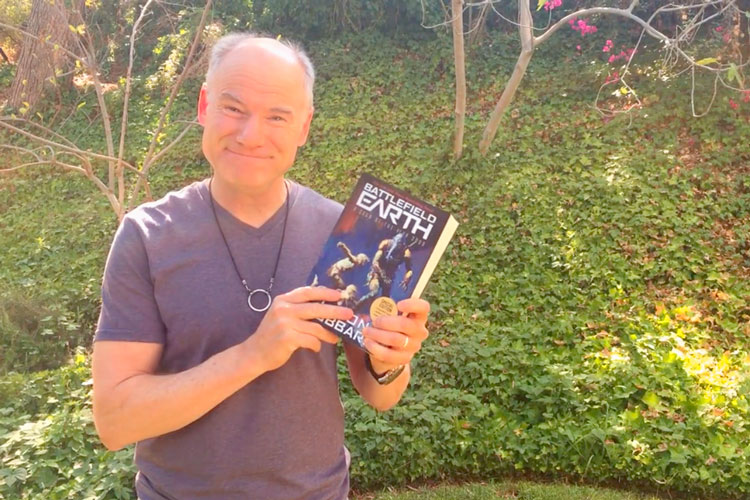 Battlefield Earth by L. Ron Hubbard is read by fans across the country in new video released by Galaxy Pres

The video is opened and closed by actor, stand-up comedian and impressionist Jim Meskimen, the director of the Battlefield Earth audiobook, which came out in 2016 and hit bestseller lists. It was also named as “Best sci fi audiobook of the year” by AudioFile Magazine. The book additionally hit the number 1 spot on several bestseller lists in 2016.

“You see a lot of fan videos for songs and music, but I have not seen one for a reading of a book—particularly one that spans across the entire US,” said John Goodwin, president Galaxy Press. “It is certainly nice to see fans promoting reading and any contribution to encouraging people to read will benefit our society.”

This is not the first video Galaxy Press has done to promote reading. In December 2014, a video entitled “I Am A Reader” which featured actors, musicians and regular people talking about why they read was uploaded and the video quickly spread across the internet. It promoted all the benefits of reading, while not promoting any particular book or author.

To find out more about the Battlefield Earth book or audiobook, go to www.BattlefieldEarth.com.

You can see the video at Facebook/battlefieldearth.

Are all Romance Writers Female?
Scroll to top
0
Your cart is emptyReturn to Shop
Continue Shopping
Apply Coupon