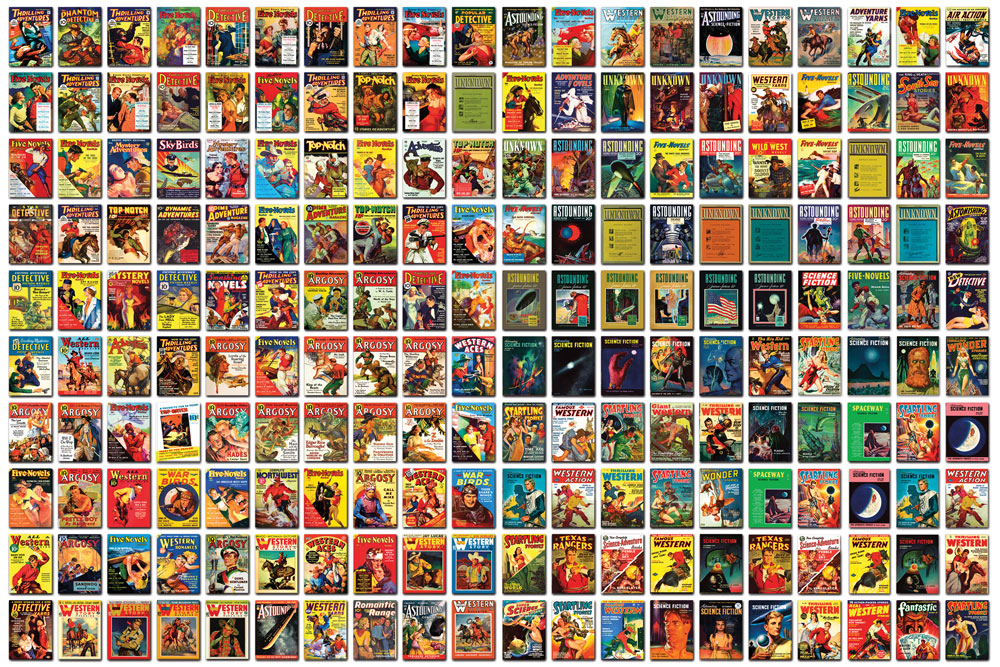 6 Reasons Stories from the Golden Age Audiobooks are the Best

For 6 years running, the Stories from the Golden Age audiobooks were selected as audiobooks of the year—the industry’s best.

These were stories written in the 1930s and 1940s by L. Ron Hubbard and published in pulp fiction magazines, America’s favorite form of reading entertainment. They were then made into multicast audiobooks using 21st century sound technology. The result has been nothing short of a renaissance of America’s Golden Age of popular fiction.

There are 80 audiobooks in total, containing 153 stories, performed by 77 actors, using over 150,000 sound effects, and with original theme-music created for each genre. These audiobooks became the original “movies in the mind.”

While they are all excellent, 6 of these were named audiobooks of the year by Audiofile Magazine, for 6 years running. And here they are… 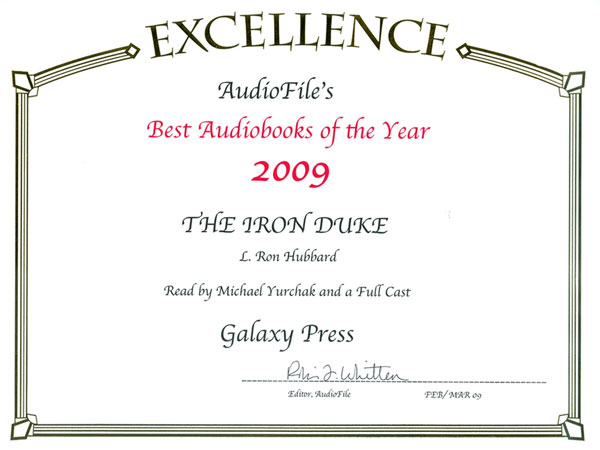 Blacky Lee is a lady’s man, a man’s man—and a wanted man, on the run in 1930s Europe, a price put on his head by the Nazis. Blacky’s always got an angle—this time he’ll impersonate the Iron Duke, crowned head of a Balkan kingdom. He could win it all—the love of a country and a beautiful woman—if he’s willing to risk it all. 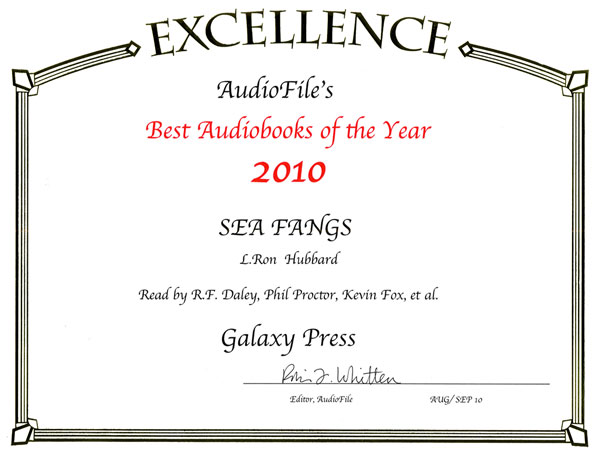 Sailor Bob Sherman has his hands full trying to save the ocean yacht Bonito from capsizing in hurricane waters off Venezuela’s coast—no thanks to the know-it-all attitude and incompetence of the vessel’s captain. Sherman’s rugged good looks and seafaring skills at least bring him the attention of Phyllis Marmion, a raven-haired beauty and daughter of the yacht’s owner.

Unfortunately, Sherman’s also the bitter enemy of the girl’s father who, with the support of corrupt officials, had stripped him of a highly profitable drilling business and taken his land years before.

More’s at stake than oil fields when the ship is attacked by modern pirates and all are taken captive. Soon Sherman, crew and passengers find themselves in a dungeon jail on an uncharted island known locally as the Island of Death—a place where no one escapes, and Sherman’s futile efforts have marked him for an early death. 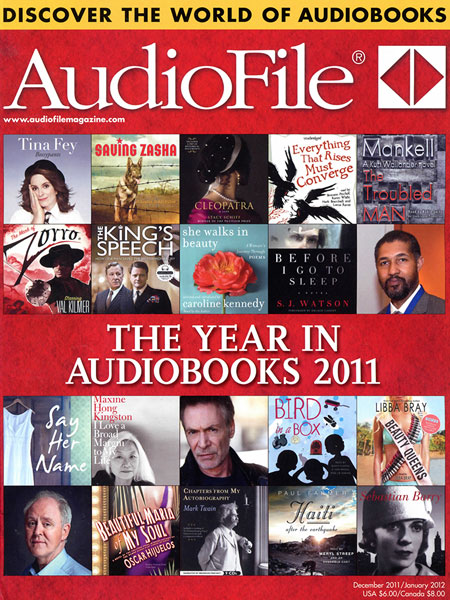 Striking gold, Tim Beckdolt is a man on the brink of a new life—until a killer forces him at gunpoint to mine it—jumping his claim. Tim manages to escape, but soon finds himself being pursued like an animal in a bloodthirsty manhunt through vicious terrain.

ALSO INCLUDES THE WESTERN STORIES “JOHNNY, THE TOWN TAMER” AND “STRANGER IN TOWN” 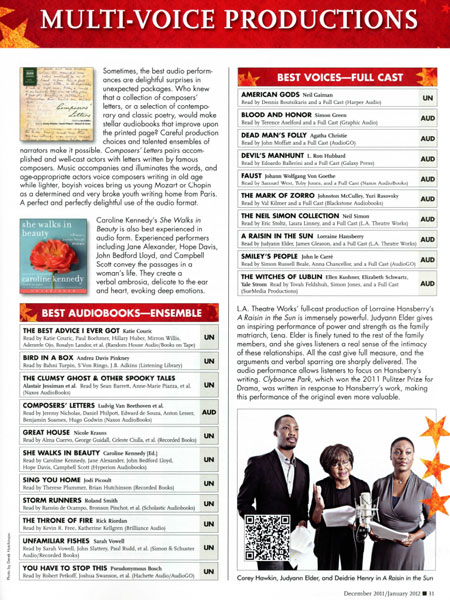 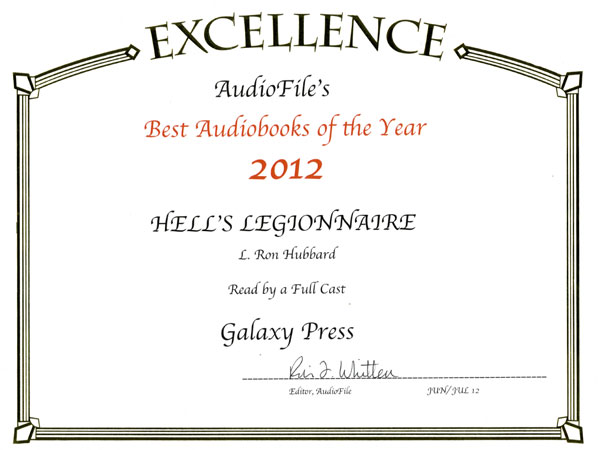 American Dusty Colton flees the French Foreign Legion to escape a harsh prison sentence only to rush headlong into a Berber tribal lair. Despite his long odds of a solo escape, he can’t leave a captive American woman behind and must find a way for them to outrun the Berbers and the Foreign Legion. 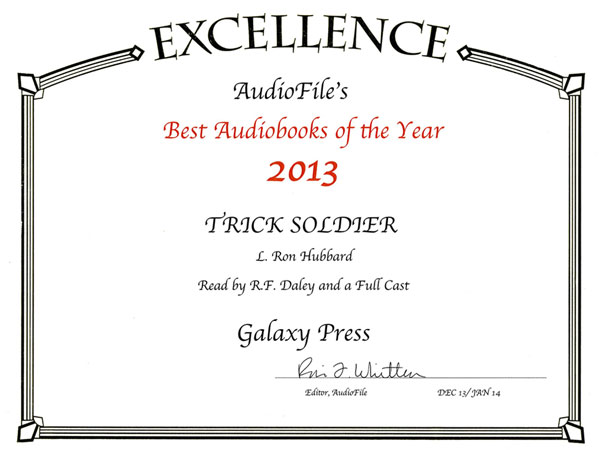 Lieutenant Flint is hard-edged and muscle-bound, radiating machismo. Captain Turner is a Trick Soldier—smart and at attention. They’re polar opposites—like Sean Penn and Michael J. Fox in Casualties of War. They didn’t get along in boot camp, and ten years later nothing has changed. But now is the time for heroes to rise and cowards to fall. And when brute strength confronts military honor, the true measure of a man is not in his fists, but in his heart.

ALSO INCLUDES THE MILITARY ADVENTURES “HE WALKED TO WAR” AND “MACHINE GUN 21,000” 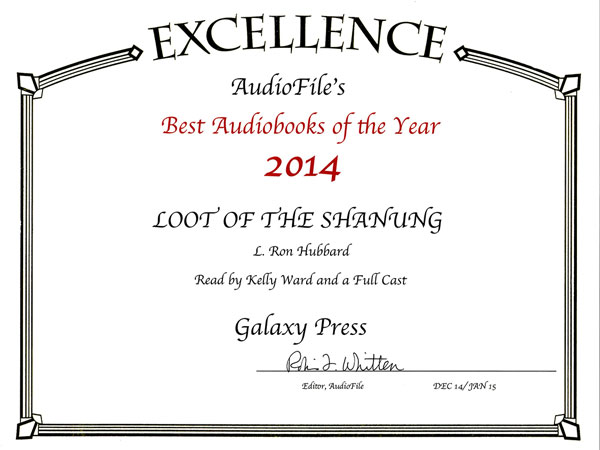 A one hundred grand reward for the return of billionaire George Rockham is more than enough to turn Shanghai newspaperman Jimmy Vance’s head. Throw in the gorgeous dame who’s offering the reward—Rockham’s daughter Virginia—and he might lose his head altogether. As fast-talking as Jimmy Stewart in The Philadelphia Story, Vance jumps at the chance to get what could be the biggest story of his life … if he lives to tell it.

And as to how this all came together. Have a look at “Making of a Golden Age Audiobook” video and see for yourself:

For more information on the Stories from the Golden Age, go to www.galaxypress.com/goldenagestories/

Why We Appreciate Librarians: L. Ron Hubbard Stories from the Golden Age Celebrates...

I Don’t See Any Aliens
Scroll to top