You are here: Home1 / Blog2 / Audiobooks3 / Saturday Night at the Theatre 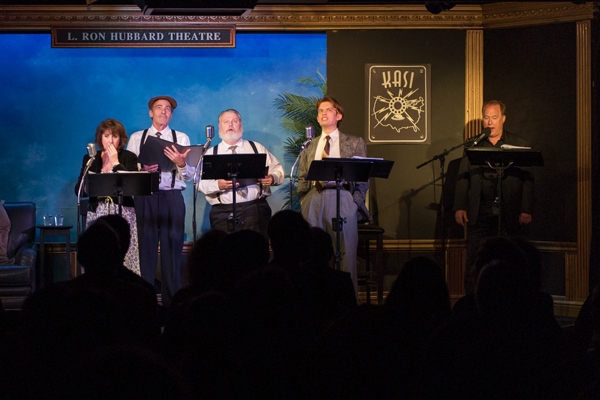 Voice actor and the narrator of the 80 volumes in the Stories from the Golden Age Audiobook series, R.F. Daley, narrated and directed the live theatrical reading of “The Automagic Horse,” a science fiction spoof on life in Hollywood, at the L. Ron Hubbard Theatre last night. He was joined on the stage by Vince Caso, Skip Harris, Colleen McNamara and Richard Reich.

Shelby & Tieg—the 2015 version of Peter, Paul and Mary—set the stage for the evening with a set of their Southern California folk songs that went right to the heart of everyone present.

“The Automagic Horse,” is the story of a clever inventor who builds an “automagic” mechanical facsimile of the great racehorse Man-of-War for a movie, finally races it—and wins—at Santa Anita, then equips it with an anti-gravity device: all to deceive a beautiful accountant and conceal the secret building of a spaceship.

The audience loved this humorous tale.

R.F. Daley has worked with us for over ten years as a narrator, theatre director, voice over actor, traveling director, speaker, singer and many other hats.

Much to his surprise, we also celebrated his birthday! No one believes it, but he claims to have set foot on this planet 60 years ago. 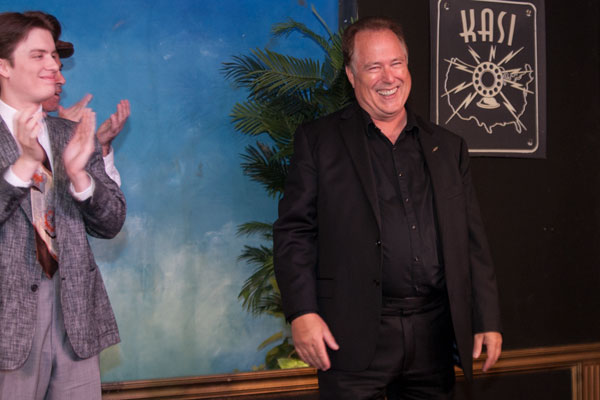 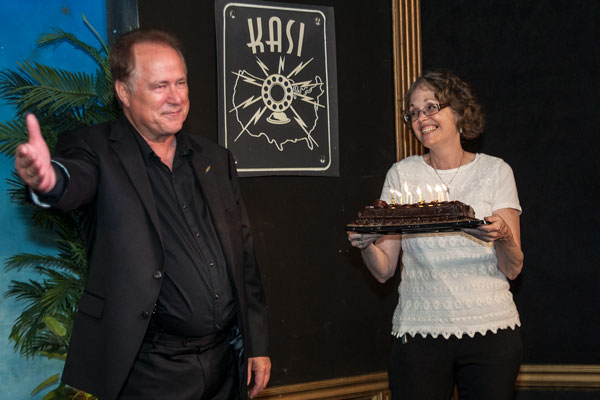 Loved by one and all, the entire cast, the staff of Author Services, and Galaxy Press along with the audience broke into a Happy Birthday song for him after the show.

May we enjoy many more decades of his great presence in our theatre and in our organization.