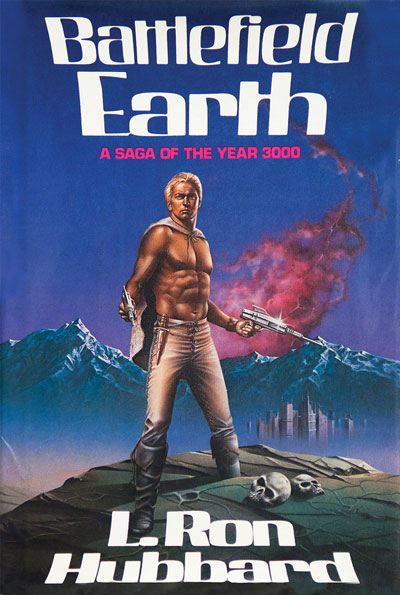 Battlefield Earth: A Saga of the Year 3000
by L. Ron Hubbard

Story description: 1977: NASA launches Voyager 1 into deep space … and it proves to be an invitation to disaster. In the very near future, an alien race executes a savage invasion of Voyager’s launching pad: Earth.

Fast-forward a thousand years—the aliens have laid waste to our planet, driving our species to the brink of extinction. In this post-apocalyptic world, only one man stands in their way. But can he raise an army out of the remnants of humankind and devise an attack on an epic scale? Is it the end of the world … or the dawn of a new one? Find the answers in Battlefield Earth—as humankind’s ultimate battle for survival comes to life.