“The Lieutenant”—a limited edition high-quality lithographic print, each one autographed and numbered by the artist.

Kept in archives for almost three decades, a small number of these lithographs is now being made available. 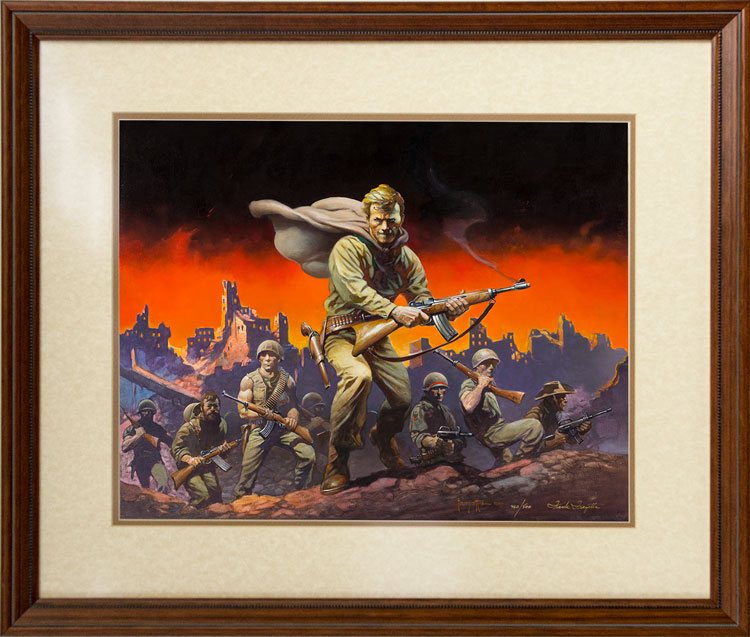 • Limited edition numbered and signed by the artist.

• Comes with Certificate of Authenticity.

• Limited time offer. Once all of these prints are sold, there will be no other autographed prints available.

The Author, the Artist and the Painting

Frazetta’s “Lieutenant” is drawn from the pages of L. Ron Hubbard’s novel Final Blackout and visually captures the intense character and mythical essence of the protagonist, known only as “The Lieutenant.” In Frazetta’s own words “I enjoyed illustrating Hubbard’s stories. They contained a strong sense of adventure that lent themselves to some good paintings.” 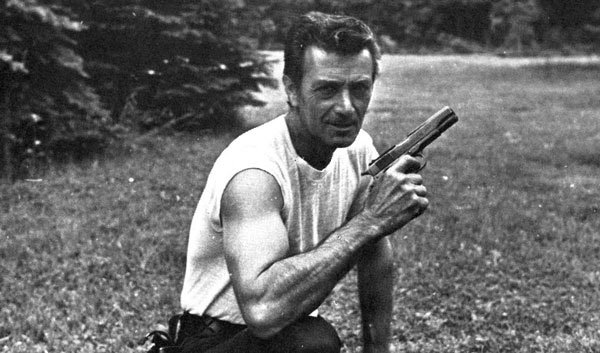 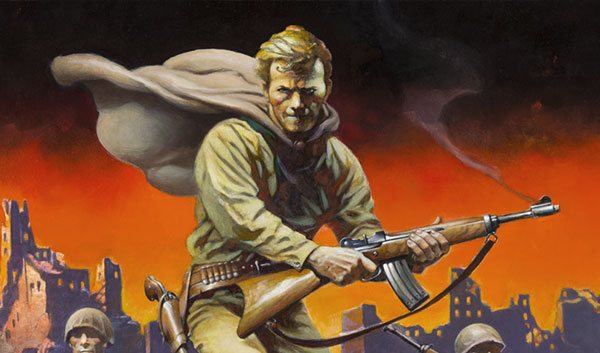 L. Ron Hubbard worked with many of the greats of illustration during the 1930s and 40s, and so it was not for nothing that he termed Frank Frazetta “The King of Illustration”─a tribute to the artist’s mastery, popularity and enduring influence on the world of art. “The Lieutenant” is one of nine pieces Frazetta painted for the covers of L. Ron Hubbard’s novels and the L. Ron Hubbard Presents Writers of the Future anthologies.

In order to accomplish the highest possible reproduction fidelity and detail, this limited edition was created through a unique process called “Continuous Tone” lithographic printing or Collotype. This process gives a highly accurate reproduction because no halftone screen is employed to break the images into dots. To create this limited edition, the company used 54 different colors to faithfully match the subtle nuances of Frazetta’s original piece. Each lithograph was printed on archival paper with an expected life measured in centuries and comes with a Certificate of Authenticity.

In fact, the lithographic production value was of such high quality that Frazetta himself couldn’t tell the difference between the print and his original painting without touching them.

Frazetta himself couldn’t tell the difference between the print and his original painting.

L. Ron Hubbard’s Final Blackout was first published in April 1940 as World War II raged across the face of Europe. Originally entitled “The Unkillables,” the novel is consistently ranked among the ten greatest works of science fiction’s Golden Age, rightfully compared to Orwell’s 1984, and certainly just as chilling.

Acclaimed as the exemplar of “future war,” and as a trendsetting “alternate history,” it is at its core antiwar and inevitably sparked no small controversy on that eve of international mobilization.

In a Europe laid waste by decades of unending warfare, one brigade of invincibles is led by a battle-tested strategist known only as “the Lieutenant.” In the end, it will be up to this band of survivors and the Lieutenant—whose conviction is that an individual can make a difference—to salvage what is left of their lives and their civilization before all is lost.

From its unforgettable opening lines, “He was born in an air-raid shelter─and his first wail was drowned by the shriek of bombs, the thunder of falling walls and the coughing chatter of machine guns raking the sky,” to its shattering conclusion, Final Blackout and the Lieutenant forever remain icons of science fiction literature. 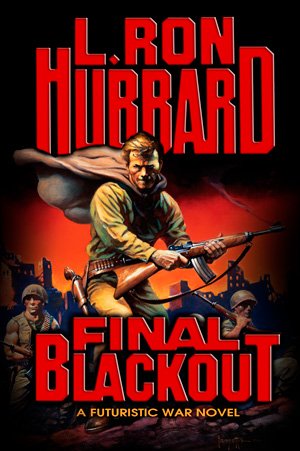 “Final Blackout is as perfect a piece of science fiction as has ever been written” —Robert A. Heinlein