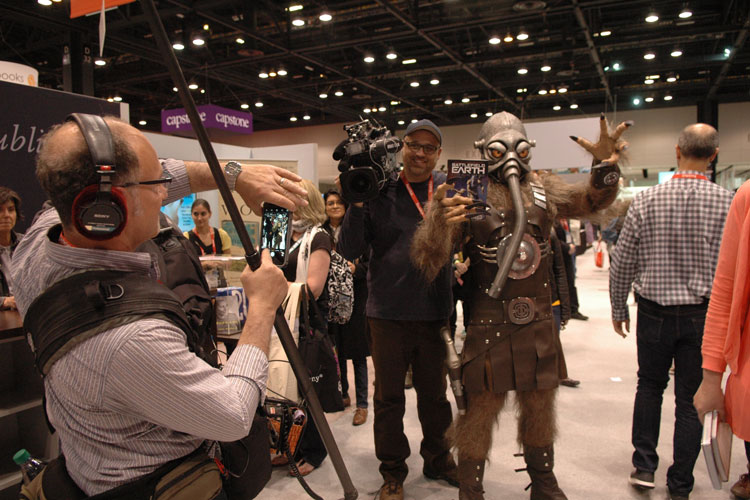 Chicago, IL —Galaxy Press attended the recent Book Expo America convention in Chicago where Terl made his debut to an enthusiastic crowd of booksellers and librarians after returning from the London Bookfair where he paid a visit to the London Tower. Already recognized as a New York Times bestseller, L. Ron Hubbard’s Battlefield Earth was a big draw as booksellers lined up to get their photos taken with the evil alien security chief.

Terl’s Chicago visit is part of a national advance publicity plan leading up to the Father’s Day 2016 release of the new edition of Battlefield Earth with expanded content including never-before-published author handwritten notes as well as a 47½ hour multicast unabridged audiobook, the biggest sci-fi audiobook ever produced.