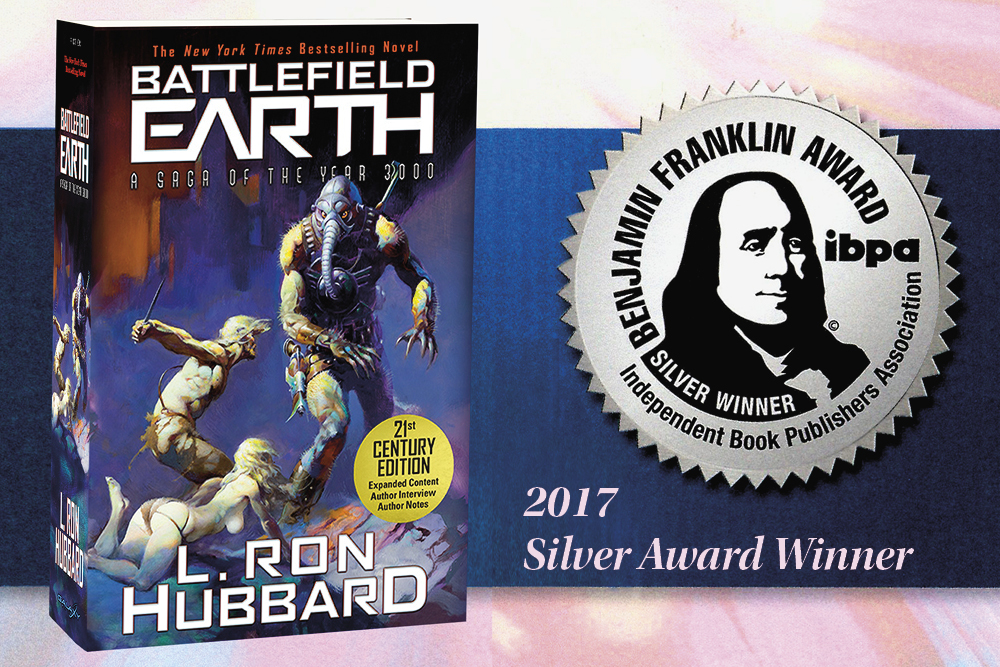 Hollywood, CA – It was just announced that Battlefield Earth by L. Ron Hubbard has been selected as a finalist in the Benjamin Franklin Awards with the final determination of the Gold Award to be announced at a gala dinner being held at the historic Benson Hotel in Portland, Oregon on April 7.

Battlefield Earth was originally published in 1982, riding on the New York Times bestseller list for two months. At the time, famed artist, Frank Frazetta was commissioned by L. Ron Hubbard to paint a cover which was titled, “Man: The Endangered Species,” the working title for Battlefield Earth. The title was recently republished as a trade paperback with a new design featuring Frazetta’s artwork and so became eligible for the Benjamin Franklin Awards in the “Most Improved Redesign” category.

John Goodwin, President Galaxy Press, commented, “We are very excited with the announcement by the IBPA (Independent Book Publishers Assn) on the selection of Battlefield Earth as a finalist for the Benjamin Franklin Award.”

The awards were created by Jan Nathan, Founder of IBPA, which have recognized excellence in book editorial and design since 1987. Nathan stated, “We recognize that when people purchase a product they do not purchase it because a specific named publisher publishes it, they purchase a book because it fulfills a need and is well designed and edited.”

To find out more about Battlefield Earth go to www.BattlefieldEarth.com and GalaxyPress.com.

Why Is It Not an Adventure Worth Telling If There Aren’t Any Dragons?